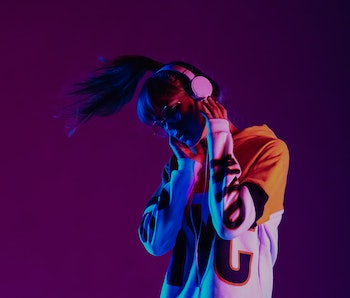 YouTube's decided that sticking to video-only ads constitutes leaving money on the table. The firm's product manager, Melissa Hsieh Nikolic, wrote in a company blog post that YouTube will launch audio ads during podcasts and music on desktop. The idea is to allow businesses to reach even those consumers who run YouTube in the background, perhaps as background music to study to, for instance. The audio-only project is currently running in beta mode.

The Google-owned platform reports it's found audio ads to be effective in delivering brand content, noting that over 75 percent of measured audio ad campaigns brought "a significant lift in brand awareness." It's even giving the potentially curious crowd a look into how they can make their own successful audio campaigns. "Think: If I close my eyes, I can still clearly understand what this ad is about. Be clear and specific with your message and pick a friendly, authentic voice to deliver it," Nikolic explained.

Music to YouTube's ears — For a while now, marketing analysts have pointed to the influence of audio ads. Programmatic audio ads tend to do well with audiences because they go well beyond the scope of the average screen, targeting all kinds of consumers. Plus, people often let them run because skipping them is too much hassle, especially if they're doing other things.

Podcast advertising, for example, is enjoying a massive boost thanks to the land grab in the space that's underway (and which Spotify is leading) and the growing options for dynamically serving audio ads to podcast audiences, rather than having the same MailChimp ad baked into every episode of every show. A Statista study reported that the listener traffic for audio ads was 191.6 million users in 2019. Additionally, commercial audio ad expenditure went up by 30 percent in the industry the same year.

Audio killed the video (ad) star? — Now, we understand that ads on their own can be terribly pesky when they're peppered through a video, constantly interrupting the flow of the content you're diving into. But there are some benefits to running audio ads. For one, tracking listener impressions and conversions for audio ads is far less complicated than studying video ads. So advertisers are better able to study just how useful (or plain useless) their audio campaigns are.

Audio ads also transcend the listener's environment, meaning that they can target listeners while they're doing the laundry, dishes, driving, or just sitting in a cafe — in short, while they're not totally engaged. They're a lot cheaper than video ads, too, which explains why companies have been experimenting with the idea to save bucks on the side. And their engagement rates are impressive — audio ads result in a 24 percent higher recall rate than video ads, Nielsen Media Lab reports.

As a result, audio is part of many comprehensive (and cost-effective) marketing strategies. It's not clear where exactly YouTube plans to put these ads — they could be in the beginning, middle, or end of a video — but it's clear the company wants businesses to use its platform for this trackable, tough-to-dismiss, and widely-acclaimed advertising tool.