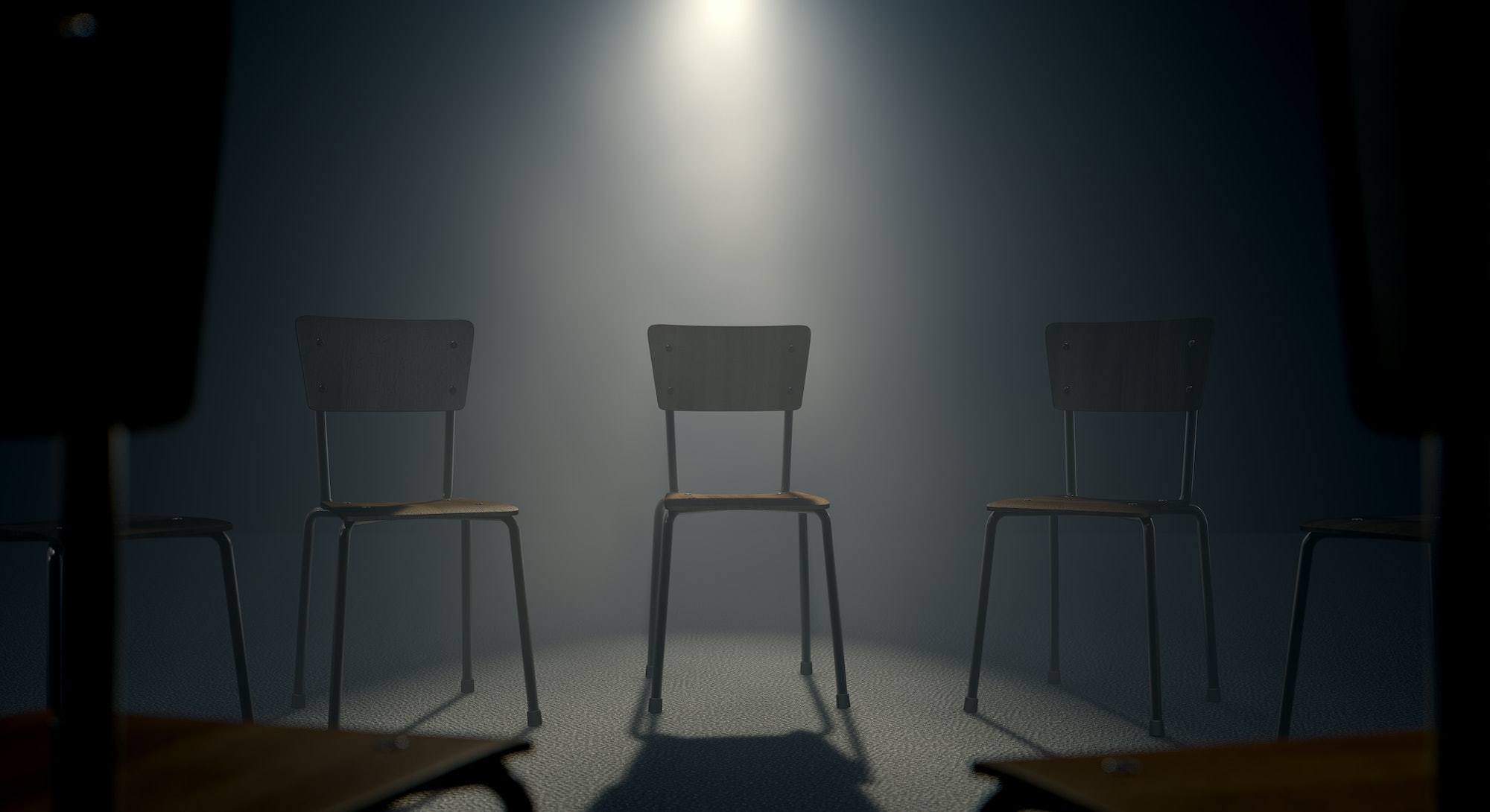 On the evening of March 5, 2020, I sat in a 12-step meeting in Beverly Hills with more than a hundred other people. While the speaker was sharing, someone coughed.

You could feel everybody in the room tense up. The speaker made a joke, but nobody laughed. That single cough was scarier than getting booked for a DUI. It would be my last in-person meeting.

Around that time, my spring comedy tour was canceled. The only places that seemed to be open were liquor stores and marijuana dispensaries. One of my biggest reasons for quitting marijuana, the alpha and omega of my using, was that I was sharper on stage without it. The stage was gone now. I was either going to throw myself into online recovery or I was going to get drunk and high. I spent 11 years in my first year of sobriety, but I got a full year sober on Dec. 29, 2019, and I’d kept it up as we entered the pandemic.

Everything moved over to Zoom. At first, it was awkward: We looked up people’s noses. We forgot we were on mute — or not on mute. (A fellow comedian and alcoholic who performs under the name ANT tells me about one woman who took her phone into the bathroom during a Zoom meeting early on. “You could hear the plopping of her poo,” he recalls. “She put the camera back on her face like nothing happened.”) We left our full names on display by mistake. It just felt off.

I like walking into a church basement, smelling the bad coffee, hearing the cigarette voices, and knowing that I am home.

My favorite thing about recovery is that wherever I am in the world, I can walk into a church basement, smell the bad coffee, hear the cigarette voices, and know that I am home. Now, the energy of being in a physical space with people was — like so many of us while trying to speak in a Zoom call — muted. But like stand-up comedy, 12-step is something I need like breathing, and I was grateful to have any form of it.

I started showing up to a meeting originally held in a log cabin in West Hollywood every weekday morning at 7:30 a.m. — an unexpected gift of not being out late at night performing. I met other alcoholics through Instagram. Some run big sober meme accounts: @Fucking_Sober is in Brussels; @BrutalRecovery started the pandemic in Connecticut before losing her visa and ultimately settling in London; @FatandSober is in Canada; and @AsBillMemesIt is in the Carolinas. Another member is in Milan.

We started a weekly Friday meeting that is not affiliated with any in-person group, focusing on a different step every week. When we got to step 10, the daily inventory, we started a WhatsApp accountability chat for it. When we got too off topic there, we started a second chat called “Serenity Now?”

We go to other meetings to hear each other speak; we give each other feedback on our creative works in progress; and show up for each other’s online poetry readings, comedy shows, and opera performances. We even co-work together on Zoom — our own virtual coffee shop.

There’s an old saying, “If you don’t like the speaker, go to another meeting.” Now we’re able to do it in a few clicks, thanks to volunteers who’ve created directories of online meetings all over the world. It’s been wild to have the option of waking up on a Saturday and thinking, I’d like to meditate with a group in the next 15 minutes, and then find that option in Portland, Oregon.

While I do enjoy the novelty of popping over to South Africa or speaking in London, my greatest joy has been returning to places I went when I was struggling, like a meeting that used to be held in a basement in Old Saybrook, Connecticut. When I went to that meeting in person and they asked if anyone was just coming back from a relapse, I had to raise my hand each time. Someone in that room once paid my rent, and when I tried to reimburse them, they told me to pay it forward.

I returned virtually to celebrate my two-year sober anniversary with them. A member pulled up a picture of a two-year medallion on their iPad and held it up to the screen, a virtual gift that means more to me than the coin I bought myself.

I am over my self-consciousness. I feel protected behind my screen.

I also haunt the meeting that was held in the clubhouse two blocks from my old West Village apartment — as far as I was willing to go for my recovery when I lived there. When I sat in that room, I was doing better; I could stay sober up to five months. I sign on now, and see a guy I’ll call Z. I used to think I hated Z. He would often walk in during a meeting just to use the bathroom and then walk right back out. I don’t care about that anymore, not that he can do this sort of thing over Zoom. I see Z., and I am so happy he is still here, happy he is still sober, happy just to see his familiar, shining face.

I know I have changed, but when I revisit these places it is like stopping during a long climb up a mountain to enjoy the view. I see what things were like then and how they are now in a very immediate way. I viscerally recall the energy of walking into the room, scared, not believing in myself, but being willing to believe that these people believed in me.

Things are simpler now than they once were. In L.A., it’s impossible to avoid the fact that meetings are also networking events. There will be famous people. I first went to my Sunday meeting in West Hollywood — where you have to get there 45 minutes early just to snag a seat — wondering if I had enough tattoos to be there. When it came time for me to take my one-year cake there, I bought an outfit. I had my hair blown out. I was only speaking for a minute, but I was speaking for a minute in front of hundreds of the most successful people in West Hollywood, living embodiments of the promises of recovery.

Those same people are in my meetings now, but some have their camera off, and I am over my self-consciousness. I feel protected behind my screen. I don’t put on makeup or a bra. I don’t care what my hair is doing, or if my cat — the fluffiest Zoom bomber — decides to hop on my desk and show everyone her butthole.

There are drawbacks, of course. It’s easier than ever to get lost in my phone, holding it just out of camera range. It’s hard not to stare at myself the whole time, which made me notice my neck vagina and prompted me to schedule a consult for a micro neck lift next month. (My savings account would say that’s a downside.) Also, I fear that I’m rushing to judgment when I leave a meeting when there’s a speaker I don’t like — something that wasn’t so easy to do in the real world.

I love hugs, but I also love chain-vaping in my apartment and not wearing a bra.

I don’t know how I’ll adjust when we are back in-person and someone is sharing something that’s totally out-there, or that I’ve heard them say 10 times already, and I can’t take that moment to turn off my camera and go toast a bagel. When I’m sitting across from someone I don’t like, I won’t be able to drag their square to the fifth page so I don’t have to look at them.

As excited as I am to go back to my family not wanting to hug me for the regular reasons, what will become of my Friday group? We’re in five different countries. Will I still go to that West Hollywood meeting I have to get to early to get a seat? Will I still wake up for a 7:30 a.m. meeting when I’m out at night doing comedy again? What about those for whom virtual meetings were a godsend — folks with disabilities, the shy people who keep their camera off, the parents of young children?

ANT thinks that some meetings will split in two, meaning there will be separate online and physical gatherings at the same time. Amy believes that people who got sober on Zoom will stay sober with Zoom because that’s what they know and feel comfortable with. As in-person becomes available, people like me will go to both types of meetings. I love hugs, but I also love chain-vaping in my apartment and not wearing a bra.

I used to think that other sober people were people I should spend time with, but not think of them as real friends. I have really close friends in sobriety now. I love when I remember that I can talk to them about program. Even as I write this, I am co-working on Zoom with three of them. I don’t know what they are working on, but we are working together. There has been so much togetherness in this year of isolation. And that has made all the difference.