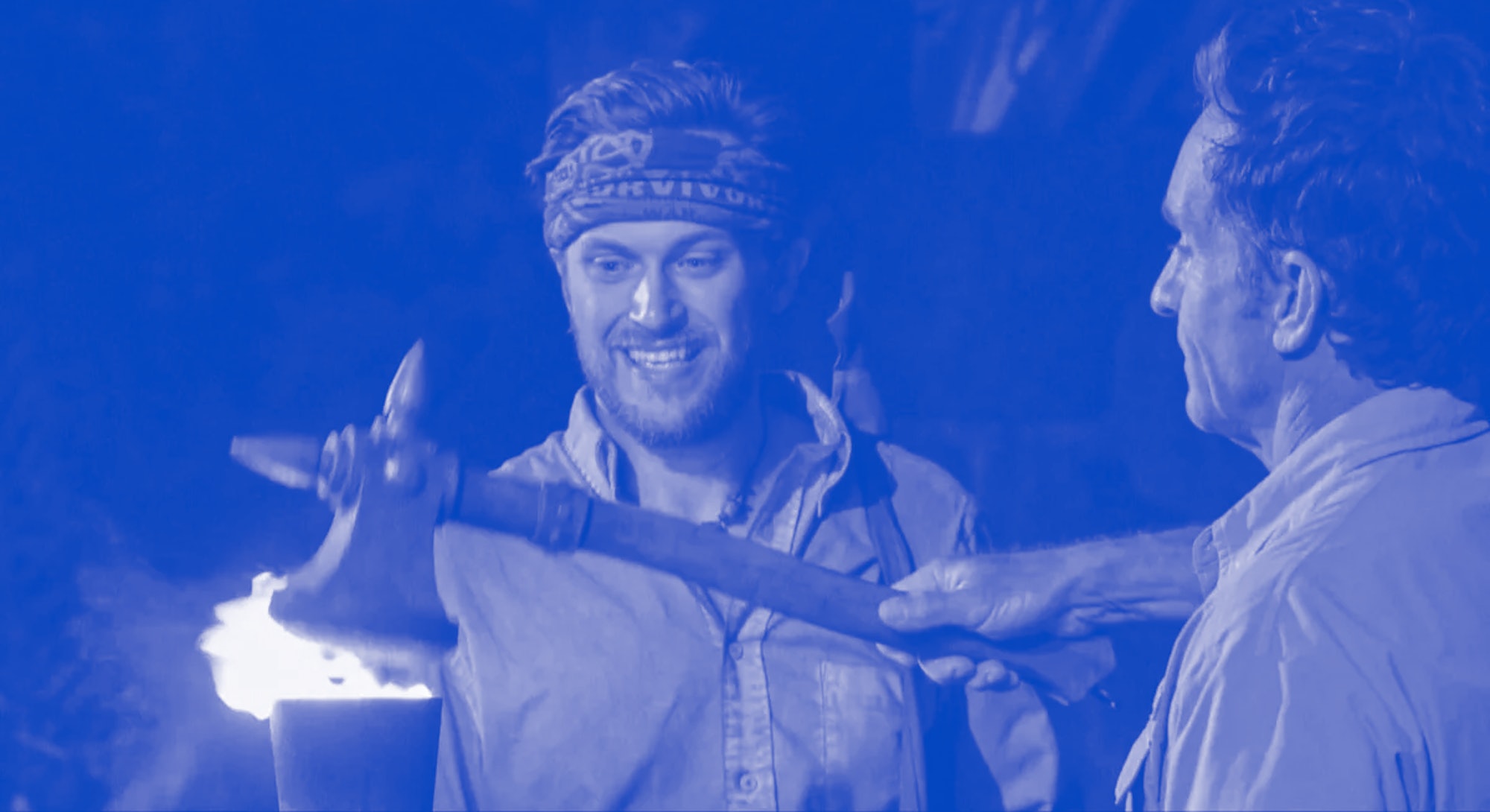 On a recent Sunday evening, an hour-and-a-half into a Zoom call with a bunch of strangers, I had a sense of foreboding.

Suddenly, I felt like the other people in my Zoom room were avoiding eye contact with me. For the first time all night, they were curious about my personal life, asking me where I lived and what I did for work. My hands got sweaty. My heart started pounding. I nervously repositioned myself in my desk chair. I thought, Holy shit, I’m about to be voted out.

From his living room in Durham, England, the host — Rob James, dressed in a safari shirt and a baseball cap with the Survivor logo — read the votes. They were all for me. “Matt, the tribe has spoken,” he said. My Zoom square went black.

That was the end of my experience with the 16th iteration of Castaway — a fan-made version of the popular TV series Survivor and one of 54 active “online reality games” (ORGs) that have sprung up during the pandemic, when, for the first time in 20 years and 40 seasons, Survivor’s production paused. “When I didn’t have Survivor, I was bored,” one fan tells me. “These ORGs have filled that void for me.”

‘Are people talking about me in the other room? Who’s trying to vote me out?’

A few thousand people from more than 15 countries play these ORGs regularly, and a community, which lives mostly on Twitter, has formed around the competition. I met two male players who have been together for six months despite having never met in person. A subset of people play ORGs in drag. The community even includes a person who appeared on the real New Zealand edition of Survivor.

Survivor is famous for its extravagant immunity challenges and making its contestants endure brutal weather conditions for extended periods of time. ORGs can be played from the comfort of your bedroom, and the winner is crowned in a single night. Some ORGs have immunity challenges — whose winners can’t be voted out that round — but their design is constrained by the nature of being online. Sometimes it’s trivia, a memory contest, even a typing challenge. In my game, immunity was assigned by the spin of a wheel.

The complex social dynamics of Survivor remain pretty much the same though. You shuffle between Zoom rooms, trying to form relationships, create alliances, and launch campaigns against other players — all in hopes of avoiding elimination at each tribal council. You can only be in one place at a time, which means you always have incomplete information. The nature of the game induces a certain paranoia: Are people talking about me in the other room? Who’s trying to vote me out?

One of the people responsible for my elimination is Lana Goins, a 42-year-old jewelry vendor from Birmingham, Alabama, who is homebound on disability. ORGs have become the center of her social life. “I’m constantly playing games, and my family doesn’t understand it,” she says. “This community allowed me to open up and be myself. I’ve always been the self-conscious type, but everybody is so kind and open.”

Goins has won more games than anybody else in the community: 11 of the 40 she has competed in over the last year. “I can get people to trust me in these games for some reason,” she says.

During our game, Goins, who tends to situate herself in the lower-right corner of her Zoom square, usually only showing half of her face, instantly earned my trust with her calm disposition and unassuming nature. (She doesn’t speak often during gameplay, so every time she talks you want to listen to her.) She seemed eager to make an alliance with me, a first-time player. And then she stabbed me in the back.

ORGs have existed in some form since Survivor’s first season in 2000, according to James, the host of Castaway. James has been playing the games all along; the earliest versions happened in online chat rooms, through asynchronous instant messaging rather than live video chat. But it wasn’t until the pandemic, when people had more time on their hands and a yearning for social connection, that a truly vibrant community formed.

A bunch of people I spoke to in the community indicated that they didn’t have many IRL friends. “I talk to these people online who live 10,000 miles away more than I do some people who live 10 minutes away,” Goins says with a laugh. Darrell Strong-Staples (who’s known as Ganjo), a 26-year-old traffic control flagger from Detroit who hosts his own ORG called The Monarch, points to the profound contradiction of his primary social outlet being online: “You’re with people, but you’re not with people.”

Dylan Heta, an actual contestant on Survivor NZ’s second season (he came in 11th place) and an active member of the ORG community, tells me he still feels a bit weird about spending so much of his social time online. “I’m not totally averse to meeting people in strange circumstances though,” he says. “I was literally put on an island with 17 strangers when I played Survivor.”

Despite the community-building aspect of the games, not everybody is here to make friends. Jacob Egelhoff, a 20-year-old finance student at Ohio State, sees ORGs as “the closest thing you can get to the real game” and views them as training. “It’s fun to think of ORGs as Survivor itself,” he says, “just minus the million dollars.”

Egelhoff describes getting to be on the real Survivor as his “number one dream.” He has already applied to be on the series three times, with no luck. But if the time ever comes when he’s cast on the show, he’s convinced he’ll be ready. “I bought flint from Amazon to practice fire-making,” Egelhoff says. “I have seven or eight replica puzzles from the game that I practice almost every day.”

Strong-Staples shares the aspiration to one day compete on Survivor. “I see the ORGs as like boot camp. How I’ve learned to socially position myself in these games…,” he says, trailing off. “I know I would go on that island and ball the fuck out.”

But Heta isn’t so sure about the others’ chances on the actual show. He thinks the combination of die-hard fandom and being conditioned to fast-paced gameplay would be a disastrous combination. “They’re almost too hardcore,” Heta says of his fellow online players. “They come in playing so intensely, so fast, but Survivor is a 39-day game.”

The ORG scene is certainly less glamorous and prestigious than the reality TV shows its players worship. But, in some ways, it’s an improvement.

For example, reality TV competitions are notorious for having mostly white casts; some seasons of Survivor have had as few as one Black player. One study showed that people of color on Survivor are systematically voted out toward the beginning of the game. Nearly half of the Black people to ever play the game were voted out within the first five eliminations.

The ORG community is much more diverse. Over three-quarters of the people in the game I played were queer and about half of them were people of color. It was ultimately Goins, a Black woman, who was crowned victorious in our game, by a majority jury vote. (The jury is made up of some of the eliminated players.)

According to Erin Hanna, scholar of fandom at the University of Oregon, fan cultures often have a remarkable ability to compensate for the industry's deficiencies. She says that the ORG community may be, on some level, “addressing the representation gap themselves,” modeling an alternative to the established reality TV competitions rather than simply critiquing them.

All of the game hosts I spoke with tell me about the “Do not cast list.”

“I try not to make everything about being a woman, or being a woman of color,” says Goins. “But when you see it happening, you recognize it.” She mentions a WWE-themed game — contestants all dressed up as their favorite wrestlers — where she was the only woman. It was the only time she was ever voted out in the first few rounds. “I didn’t mind being voted out, because that’s what I signed up for,” she says. “But I knew exactly why I went out so early.”

There was conversation about that result on Twitter for weeks after the game ended. (Almost everybody sided with Goins.) Months have passed, and now, if the only woman or the only person of color in a particular game were voted out first — or whenever is deemed premature — the architect of that elimination would probably be put on blast on Twitter and might even be barred from playing in future games.

All of the game hosts I spoke with tell me about the “Do not cast list,” which is a collaborative effort between the hosts to keep out any people who have caused trouble in the community — whether it’s due to harassment, racist or homophobic comments, or just a general distaste for somebody among the other players. The idea is to emphasize inclusivity and mutual respect.

The players who violate the community’s social norms certainly wouldn’t be invited to any of the in-person meetups, which are happening now that public health restrictions have loosened. Goins plans to finally meet some of her online friends for the first time at the end of the month, in Chicago. “I want to see how tall they are,” she says of her Zoom mates, “see if they actually have legs.”