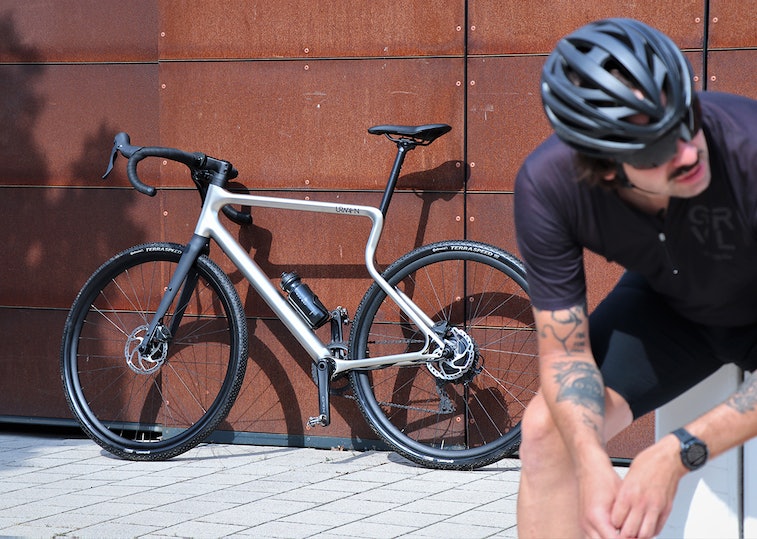 German bicycle manufacturer Urwahn Bikes has unveiled a new electric bike that’s designed for both urban and weekend adventures. But what’s perhaps most notable about the two-wheeler is its striking, bent-frame design.

3D printed — The Waldwiesel.E Gravel E-Bike uses a frame that’s been 3D-printed, so the frame has no seams, plus a striking silhouette that makes the bike appear as if it’s bent. A normal bike frame has more of a geometric, diamond-shaped frame created by taking straight tubes and welding them together.

Urwahn’s bike is great for its design alone — all its bikes share a similar look — but the addition of an internal battery assist (a first for the company) can also make for some pleasurable adventures. The battery is accessible through an opening near the pedals and supplies the rear motor with 250Wh of power good for about 50 miles of range. There’s also an option to add a water bottle-shaped battery extension that adds another 37 miles or so of range.

E-boom — With a top speed of 15 miles per hour, the Waldwiesel.E should provide for a fun off-roading experience. As with most e-bikes, the Waldwiesel.E is assisted, meaning the engine only kicks in when you’re pedaling (so you still have to exert yourself a little). But the vehicles are great because riders can travel longer distances before feeling exhausted.

Electric bikes and scooters have boomed in popularity during the pandemic as people look to spend more time outdoors and maybe rethink the way they get around. Shared services like Bird and Lime also helped introduce the public to the fun of riding on an electrified scooter or bike, the wind whipping in your face as you dart quietly through the streets. For cities hoping to push renewable energy and reduce congestion, such micro-mobility solutions are a step in the right direction.

The Waldwiesel.E is not cheap, with a starting price of nearly $6,500. That’s not exactly crazy for a premium road bike, but cheaper e-bikes can be found. Just maybe not with this impressive a design.