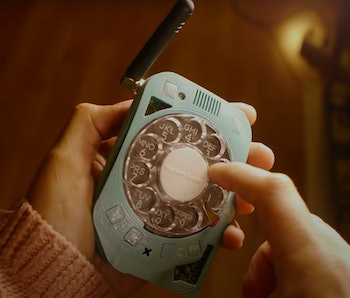 Nearly a year ago, Justine Haupt shared a project that would crash her website: a functional, portable rotary phone. Now, the astronomy instrumentation engineer is selling a kit so you can follow in her footsteps, according to CNX Software. A pre-order for the kit runs for $390 and the final finish comes in five different colors.

The Rotary Un-Smartphone — Haupt has always wanted to share the love with this project, making her process open-source from the jump. As you can see in her full build video, however, the average person would lack the technical know-how or tools to pull it off on their own.

The Rotary Un-Smartphone Kit makes the project more accessible while skirting the FCC hurdles of putting out a complete phone. “One should be able to put it together in a short afternoon with a screwdriver or two, tweezers, and a careful hand,” the product page reads.

The phone connects to 4G, 3G, and / or 2G networks, and users can supply their own external antenna to supplement the power of the internal one. You can use your own SIM card and receive (but not send) text messages on an ePaper display on the back. For the privacy-minded, there’s also an option to physically disconnect the microphone. Doing what some of the girls refuse to do, it can be charged by USB-C and it has a headphone jack.

Old is new again — The market for “dumb phones” is still fairly niche, but impressive nonetheless. If a rotary phone is a little too old school for you, or you just want more features (like the ability to send texts), the Light Phone II is the most analogous to Haupt’s vision for personal phones.

Haupt's approach is fundamentally at odds with the original iPad marketing that “you already know how to use it.” As time has shown, many do not really grasp the inner workings of their portable devices, and that has allowed for the exploitation of user data. The greatest lie many of us tell on a regular basis is that we have read and understood the terms and conditions. Haupt’s Rotary Un-Smartphone strikes a deal between transparency and ease of use while making surprisingly few compromises. Plus, it's a superb flex for a lockdown project.