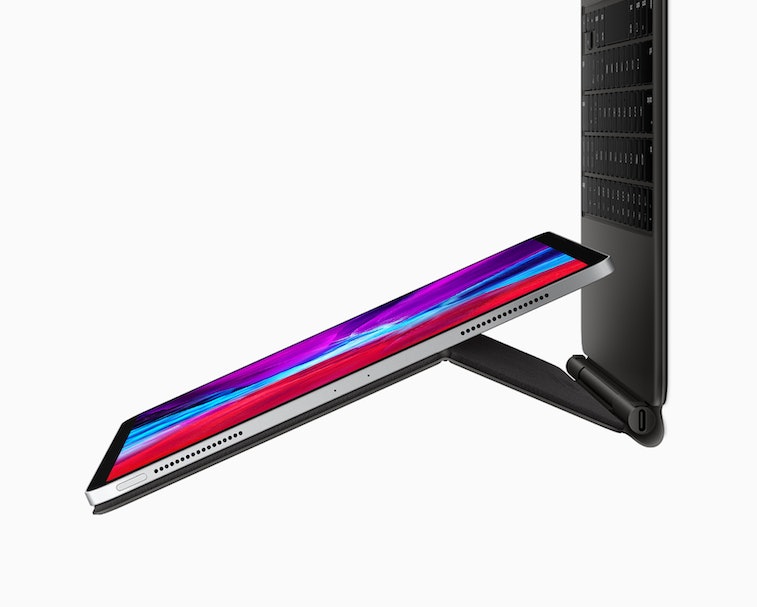 Sometimes all it takes to upend the status quo and ignite imagination is a simple question. "What if humans could visit the moon?" or "What would tree sap taste like on pancakes?" or "What if you used the Apple Magic Keyboard for the new iPad Pro as an easel?"

Twitter user @twolivesleft asked this question, and they found the answer: "If you tip the Magic Keyboard over backwards it gives you the perfect angle for drawing." Should there be better solutions for using a tablet computer designed to work with a dedicated stylus and thus, explicitly intended for doodling (be it professionally or as a hobbyist) as a drawing device? There should be. Does the Magic Keyboard work in a pinch? Sure, but it's a $300 (or $350 for the larger iPad) solution.

Ludicrous, even by Apple's standards — With the addition of the Magic Keyboard with its backlit keys and trackpad that can take advantage of the iPad's new cursor support, Apple is hoping to make the iPad Pro a legitimate replacement for a laptop, even though it lacks some of the essential software features that would make it one. Apple's even managed to make some iterations weigh more than an actual laptop: Apple's own MacBook Air. But ignoring one of the use cases for which the device is best suited seems like a tragic oversight, especially from a company that prides itself on making products for professional creatives and obsessing over useable design choices.

There's one group of users who are going to be thrilled by this lunacy, though: Microsoft Surface fans, who are no doubt feeling even smugger than usual while adjusting their devices into positions so dextrous they'd make even an internet yoga instructor (whose details have just been leaked) blush. If Apple releases the $200 iEasel to make amends remember you saw it suggested here first.