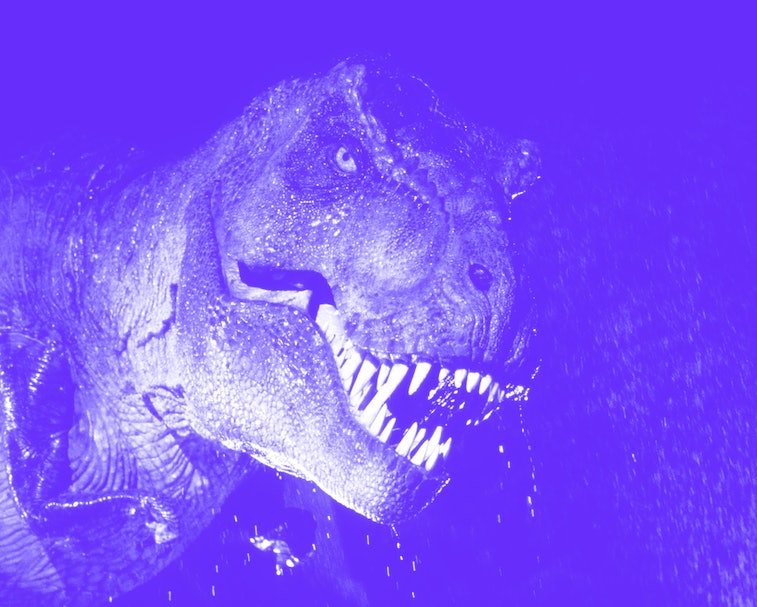 Jurassic Park continues to enthrall many. Sure, the series gave us a few titles we'd prefer to forget, but the true Jurassic Park — the very first one from 1993 — has an unrelenting cultural appeal even now. For hardcore Jurassic Park fans, an auction could now make their dream to live near (hopefully pleasant) dinosaurs a little more realistic... for at least $999 a creature.

Able Auctions just announced a dino-heavy auction, set for August 6, for anyone interested in owning life-size animatronic dinosaurs, including the notorious T-Rex, brontosaurus, raptors, and more. That's not all, though. Interested buyers can also grab audio and lighting equipment alongside actual fossils because let's be frank: seeing dinosaurs in augmented reality isn't as exhilarating as owning one.

The guidelines — Given the current ongoing pandemic and the public health concerns posed by it, Able Auctions notes that you should bid online for the upcoming event. But if you still decide to bid in person, the website instructs that the designated locations will provide hand sanitizers and will require you to wear masks so, please, don't throw a tantrum.

If you're interested in grabbing a dinosaur, you need to create an Able Auctions account at least one business day prior to August 6 in order to avail the opportunity. And you'll have to fly to British Columbia, Canada, specifically its Langley municipality.

Who even owns these dinosaurs? — One of the first questions anyone would have — whether they are Jurassic Park fans or not — is who exactly keeps a collection of life-size dinosaurs? Able Auctions does not mention the identity of the owner but it is possible that Experiential Media Group has something to do with the property, according to the Vancouver Sun.

What the hell do I do with a dinosaur? — Whatever you want. Honestly. Soon after the original Jurassic Park stunned millions across the United States and the world, there was a mushroom effect involving dinosaur-themed restaurants, parks, cafes, parties, and yes, fake dinosaurs in offices. So it's possible that whoever ends up buying one or five of these prehistoric creatures may use them as a theme for a venue or event. Or a front yard piece. Spice things up.

That said, the physical size of these behemoths could prove to be an issue for the buyer. For example, one of the dinosaurs on the auction block is the gigantic brachiosaurus. You can also buy yourself an intimidating-looking but otherwise peaceful triceratops. Just find a large space for the fellas. What you do with your dinosaur is your business.