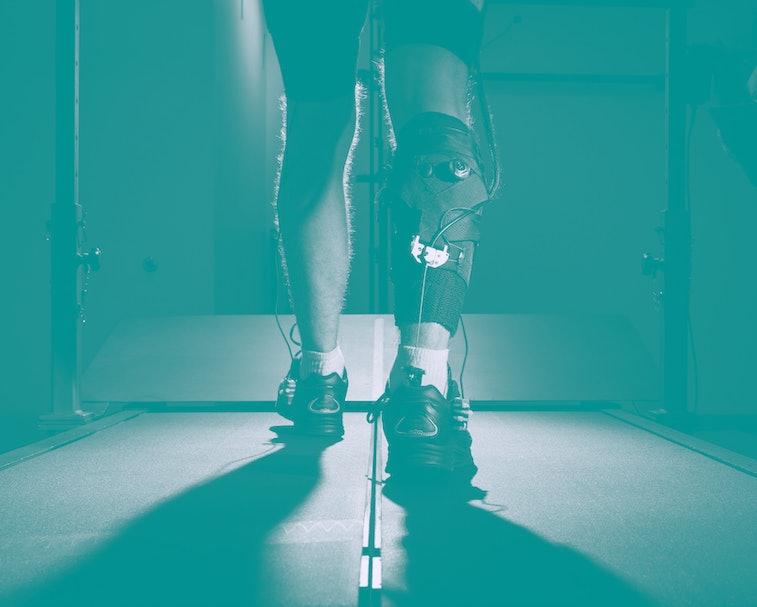 Harvard’s engineering researchers aren’t letting the pandemic stop their progress. The latest groundbreaking tech from the prestigious university is a soft robotic exosuit that helps stroke patients regain the ability to walk.

As the researchers note in their findings, stroke is the top cause of long-term disability in the U.S., with roughly 17 million people end up with serious disabilities in the wake of strokes each year. Further, about 80 percent of stroke survivors suffer from hemiparesis, a paralysis that primarily affects the limbs and face. These patients struggle with balance and muscle fatigue, making walking more than a few feet all but impossible.

Robot exosuits have been used in the past to assist in teaching people to walk again, but research on the method’s efficacy has been very limited until now. Recent clinical practice guidelines even warn against the use of robotic therapies for improving walking speed or distance. But this research shows those guidelines might need to be updated soon.

“The levels of improvement in speed and distance that we found in our exploratory study exceeded our expectations for an immediate effect without any training and highlight the promise of the exosuit technology,” said Lou Awad, one of the team’s researchers.

Light and targeted — The soft exosuit succeeds on many levels. It’s quite light, weighing in at just under five kilograms (~11lb), even with its attached battery pack. And it goes right to the source of the problem by targeting its mechanical power at the ankles using a cable-based mechanism. The suit works with plantar flexion — the movement that allows the ankle to push the foot down into the ground — and dorsiflexion, which is when the foot is lifted up and the toes are pulled toward the shin.

Where traditional exosuits are cumbersome and need to be worn on both legs for full operation, this one only needs to be worn on the side of the body experiencing hemiparesis.

Meaningful success so far — Though the researchers have only been able to carry out limited testing so far, the results have been very promising. Six post-stroke patients tried the exosuit on a 30-meter walkway. With the exosuit powered on, patients were able to increase walking speed by an average of 0.14 meters per second; one person even walked 0.28 meters per second faster. When these patients were asked to walk as far as they could in six minutes, they were able to go an average of 32 meters further, and one patient walked more than 100 meters further.

The teams are understandably excited about the immediate improvements they’ve seen in the first round of testing. The exosuit is still a long way off from being widely available to stroke victims, but the research team is sure their already-promising results will spur excitement about the project in the rehabilitation community.