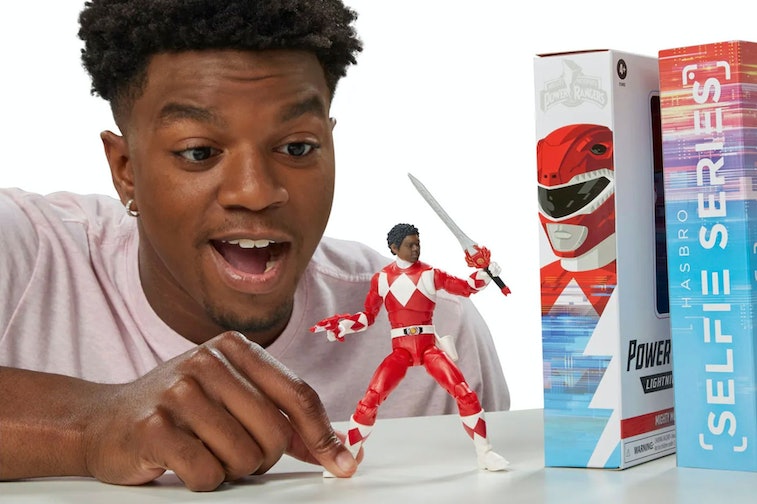 Collectors of action figures will soon have to make room on their shelves for themselves. Hasbro, in collaboration with 3D printing company Formlabs, has announced it will allow people to order custom collector-grade, six-inch action figures with their own faces on them. The bespoke offering, officially titled the Hasbro Selfie Series, will be exclusively available through the Hasbro Pulse app.

To immortalize themselves as action figures, users will use the Hasbro Pulse app to scan their face, choose their desired figure, and customize their character with skin colors and hairstyles. Available figures feature characters from Star Wars, Ghostbusters, G.I. Joe, Power Rangers, and Marvel, meaning everyday people can now see themselves as heroes like Black Panther, Snake Eyes, or Iron Man.

See yourself in action — The Selfie Series project started “years ago,” Brian Chapman, Hasbro’s Head of Global Design and Development, said in a promotional video for the service. While Hasbro has worked with Formlabs since 2014 to create quick prototypes, it wasn’t until recently that the two were able to produce quick, one-off pieces needed for custom action figures. Each figure is 3D-printed in resin for a high-quality feel.

Hasbro also sought to make its Selfie Series affordable. Today, action figures can cost anywhere from $18 to four figures, with bespoke figurines leaning toward the latter. Hasbro’s custom action figures are set to debut at $60, making them one of the most affordable personalized toys on the market.

“Our work with Hasbro continues to evolve to be at the forefront of innovation,” Max Lobovsky, CEO and co-founder of Formlabs, said in a statement. “3D printing has long been viewed as a prototyping tool, but the Hasbro Selfie Series personalization platform demonstrates that Formlabs enables end-product manufacturing at scale. I love making and personalizing things I use and am excited to see how fans react to this new 3D printing-powered experience.”

The Selfie Series is set to launch in the U.S. this fall. Demand is expected to be high, so it’s recommended that people sign up for notifications on when the custom action figures will be available.