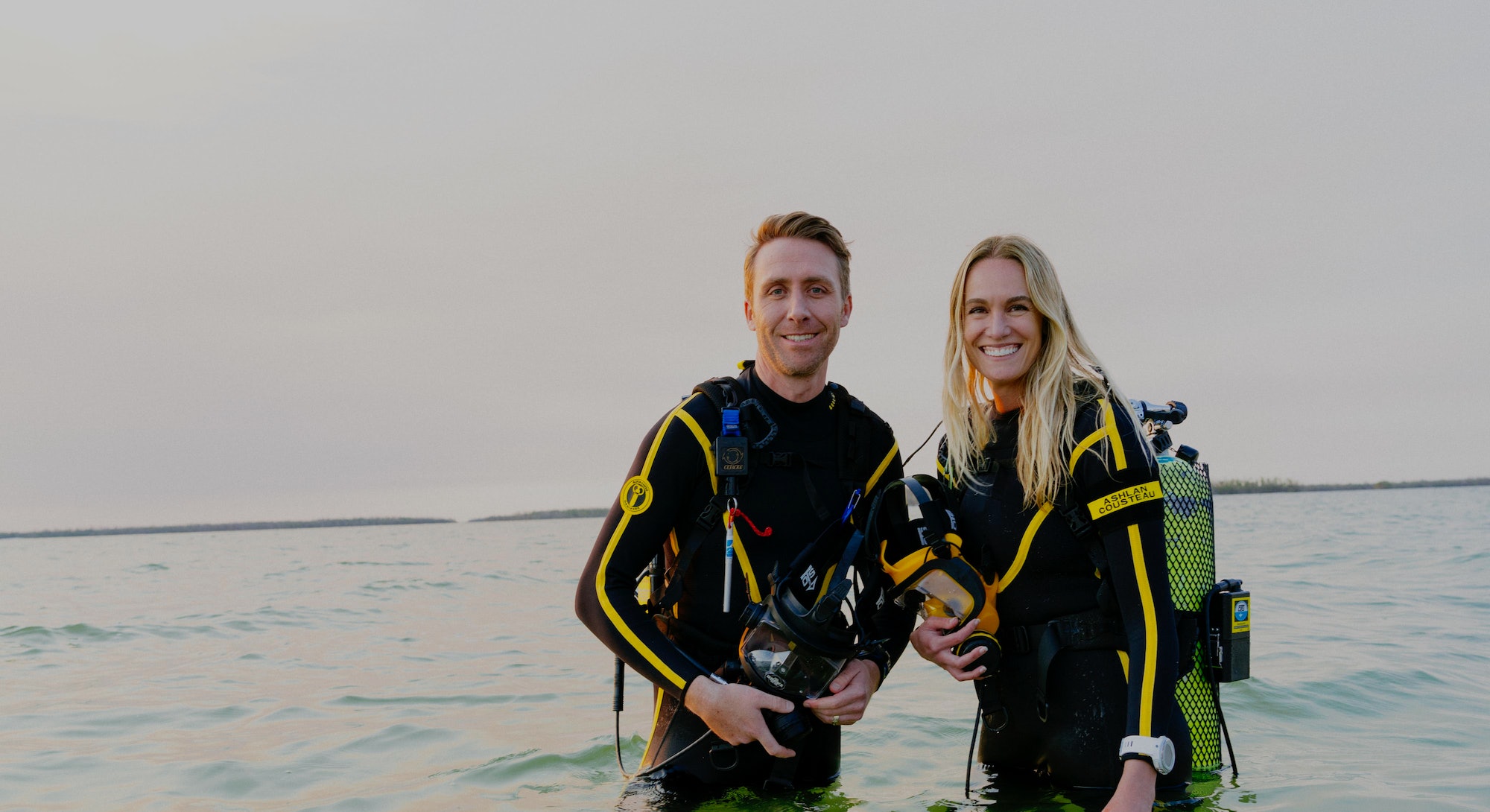 Weed is getting a little bit greener thanks to conscious cannabis company SeaWeed Naturals.

With wellness becoming a priority for consumers (and the businesses that serve them), clean products and sustainable packaging have saturated every market. But for Ashlan and Philippe Cousteau, wellness goes beyond marketing; it’s about what brands are offering back to their community and planet.

The couple established SeaWeed Naturals just a few months ago, launching it in February with the goal of creating products that combine the healing properties of seaweed, kelp, and algae with the health benefits of cannabis. Based in California, the brand offers a line of topicals and edibles, each of which funds the restoration of the planet’s oceans while providing premium wellness. For Ashlan and Philippe, the latter of whom is the grandson of famous French explorer Jacques Cousteau, revitalizing the sea is as important as revitalizing the self.

“We wanted to do something meaningful, something that was different and that didn't already exist,” Philippe tells Input. “That's a tall order in the world today.” Still, he maintains the brand is the first premium wellness impact label to fuse the benefits of marine botanicals with cannabis. “[The cannabis industry] is a multi-billion dollar national industry that is still relatively unsophisticated,” he says. Amid the climate crisis and mounting climate anxiety, the Cousteaus sought to build a restorative brand, not a sustainable one, that people could feel good about purchasing from.

SeaWeed Naturals doesn’t focus on sustainability because “we don’t want to sustain the planet, or the ocean, the way it is,” says Philippe. “I think sustainability implies neutrality; it implies if we don't do anything and just let it be, then it'll be okay.” Instead, the brand is built with the purpose of restoring the earth. SeaWeed Naturals’ ocean botanicals are sourced from seaweed farms that naturally filter carbon, de-acidify the water, create habitats for ocean life, and provide jobs to fisherman and lobster fishermen whose livelihoods have been threatened by climate change. As committed environmentalists, the Cousteaus didn’t want to just create products, as “that’s what got us into this mess,” Philippe says.

Before meeting Philippe, Ashlan worked as an on-camera correspondent and co-host for entertainment shows E! News and Entertainment Tonight. She longed to use her storytelling skills to “save the world,” and she did just that after leaving entertainment coverage and meeting her husband. She dove headfirst, sometimes literally, into projects including Discovery Channel documentaries, the show Caribbean Pirate Treasure, and speaking up for environmental issues at United Nations Conventions and in front of Congress.

The latter experience left her frustrated, however, as she noticed “the same people talking to each other about the same issues.” Ashlan wanted to branch out of documentaries and focus on getting “regular people” to realize how important the ocean is to everyday life. “Our ocean truly controls our climate by producing rainfall, while phytoplankton produce over 50 percent of the available oxygen in our atmosphere,” Ashlan says.

After giving birth to the couple’s first child, Ashlan began experimenting with the healing power of cannabis. She was having trouble sleeping and only “felt like herself again” after a friend introduced her to nighttime cannabis gummies with melatonin. Philippe himself started using a THC body balm after an old whitewater rafting injury began flaring up, and both say the relief they found was “extraordinary.”

All of the ingredients’ health benefits are backed by numerous medical studies. Cannabis has yet to be approved by the FDA for the treatment of any disease or condition, but there’s no shortage of independent studies that back its health properties. The Cousteaus feel confident the drug is effective from their own experiences, and Philippe points to the historical and indigenous use of cannabis for healing.

SeaWeed Naturals is “focused on how [cannabis] interacts with the other wellness ingredients,” Philippe says, but the brand does have preliminary data that suggests there's a compound called SDA in cannabis plants that helps your body metabolize DHA and EPA. Both compounds may help reduce the risk of heart and circulatory disease, reduce inflammation, and lower levels of fat in the blood.

Still, the brand’s clean ingredients and eco-friendly packaging don’t mean anything if its products aren’t superior to everything else out there, Philippe says. SeaWeed Naturals eats a bit of each product’s cost to make its prices comparable to what’s on the market. “We thought it was really important for consumers to have a choice, and to have a better choice, without necessarily having to pay a premium dollar for it.”

The Cousteaus both acknowledge the world’s growing fear about climate change, but they see SeaWeed Naturals as an opportunity to provide solutions. “People are looking for hope,” says Ashlan. “So our approach is, every time you purchase SeaWeed Naturals, you’re helping to restore the ocean.” The couple also hopes other companies — within the cannabis space and beyond — will look to the brand as an example to follow. If other labels can be influenced to use similar sustainable packaging, source their products responsibly, and most notably, do their part in restoring the earth, SeaWeed Naturals has accomplished its goal. “We’re for the people and for the planet,” Ashlan says. “And we need all hands on deck right now.”