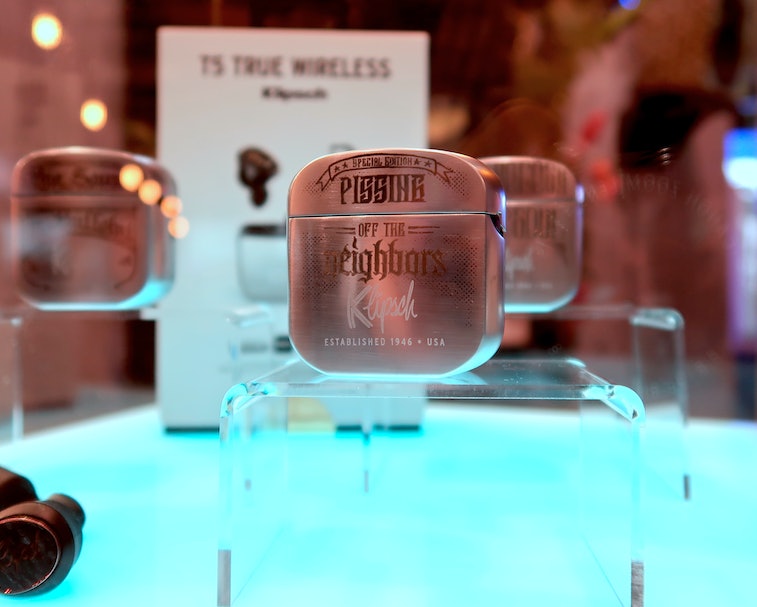 Audio maker Klipsch's T5 True Wireless earbuds are a great option if you're not wedded to your phone-makers buds, and they just got a little more compelling. Later this month, Klipsch will start offering buyers who purchase the T5s the option to have a custom image or text laser engraved on the USB-C and wireless-charging compatible, brushed metal case.

The T5s usually retail for $199, but are currently on special for $159. The Klipsch team at CES wasn't able to confirm how long that price is going to last, but they did say when the engraving option arrives it'll be free at first, and will eventually cost $20.

More options than Apple –– Apple's been offering the ability to customize its AirPod cases with snippets of text or an emoji for a while now, but buyers don't get the same sort of flexibility Klipsch is offering. At least, not yet. Of course, Apple's latest AirPods Pro include active noise cancellation (ANC), which the T5s don't, but Klipsch says it's releasing its own in-ears with ANC in August 2020.

Here's hoping they let us engrave the raspberry-blowing emoji on the charging case when they do.