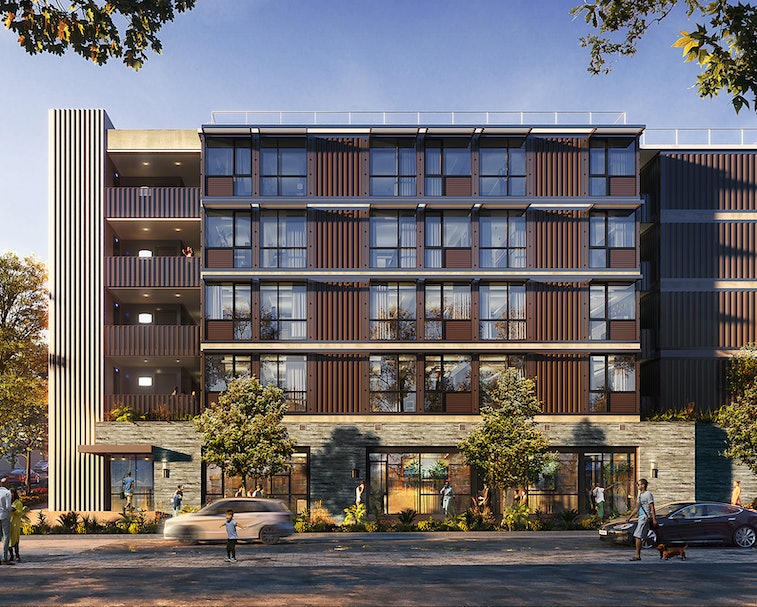 A private developer, Aedis Real Estate Group, is quietly building homes for the homeless in Los Angeles thanks to a new, cost-effective, and rapid-to-roll-out modular solution proposed by architectural firm, KTGY Architecture + Planning. So far, the developer has been able to contribute 84 homes for the unhoused, according to Fast Company, in a new development fittingly called "Hope on Alvarado." And it has its sights set on building a whole lot more.

The modular construction behind the project and its replicable nature has made the undertaking hugely efficient when compared to more conventional construction techniques. It's also meant the ability to go from plans to completion in record time.

A humane alternative — In 2020, Los Angeles had a homeless population of 66,433 people. That's alarming on its own, but it's also a 12.7 percent increase from 2019. With this kind of housing, the city's vulnerable could have a chance to live in real homes, with real amenities, and benefit from the knock-on effects of a regular roof over their heads.

Not only does Hope on Alvarado include modular apartments, the building also has rooftop gardens, a shared courtyard, and the sort of look and feel you'd expect from luxurious apartments, not a shelter. The developer hopes to create three more programs using the same design principles by the end of 2021.

Privacy matters — The group behind Hope On Alvarado explains that one of the driving forces for creating this sort of housing is to "provide people with private space (in this case, a small apartment), as well as common and service spaces." Privacy is a privilege many of us seldom if ever think about.

"The design team quickly realized that modular, off-site construction is only feasible for repetitive portions of the building — in this case, the residential units," Aedis adds. "Other, more community-focused program elements such as counseling offices, laundry room, lobby and other community and support spaces are unique and are best built on-site."

Here's hoping the model inspires other developers to replicate it. Because it's a travesty that in one of the wealthiest cities on Earth, so many people still have to sleep on its sidewalks.