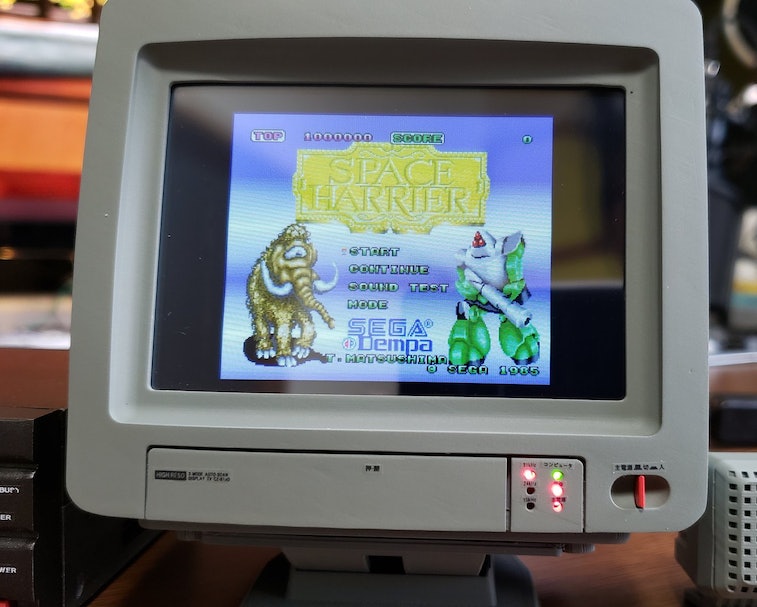 Twitter users @gaug888 and @zinfyk are painstakingly recreating bits of gaming history in miniature. In photos uploaded to Twitter, both users show their miniature replicas of classic games and the hardware that ran them, whether that's a 286-era PC, or a cabinet intended for the local arcade. The detail and complexity of some of the builds is incredible, and involves minaturized components, wiring, soldering, 3D-printed shells, paint and with that complexity, inevitable laughs when assemblage doesn't go as planned.

An ode to the past — In one of the reconstructions, @zinfyk recreates the third-person rail shooter Sega title, Space Harrier, complete with the sort of machine it would have run on, and which kids would've likely been on while their parents wanted to use it for Wordperfect.

For its time — we're talking the 1980s in this case — Space Harrier was praised for its graphics and plot. And while sequels have indeed followed in the form of Space Harrier II and Space Harrier 3D, none have staked a claim in gaming lore the way the original title has.

Starblade glory — @gaug888 takes us back to 1991 with the Namco classic known as Starblade, a shooter arcade game unmistakably inspired by Star Wars, and with a cabinet that looks the interior of space craft... and which has the movement to match.

The beauty of tiny — There's something lovely about miniature anything. Not too long ago, we pointed to a fun little Lego mini-machines shop, The Brick Show, which offered minifig-scale arcade machines on eBay. These little miniature models in the form of retro classics and consoles seem to give artists control over their production more so than normal-sized art. What's even more compelling — maybe even the best thing — about these minifig-masterpieces is that despite being so compact and small, they condense a whole ton of information, detail, and history. And they're a dose of a nostalgia at a glance for those old enough to remember pouring change into slots and button bashing until we ran out of coins.