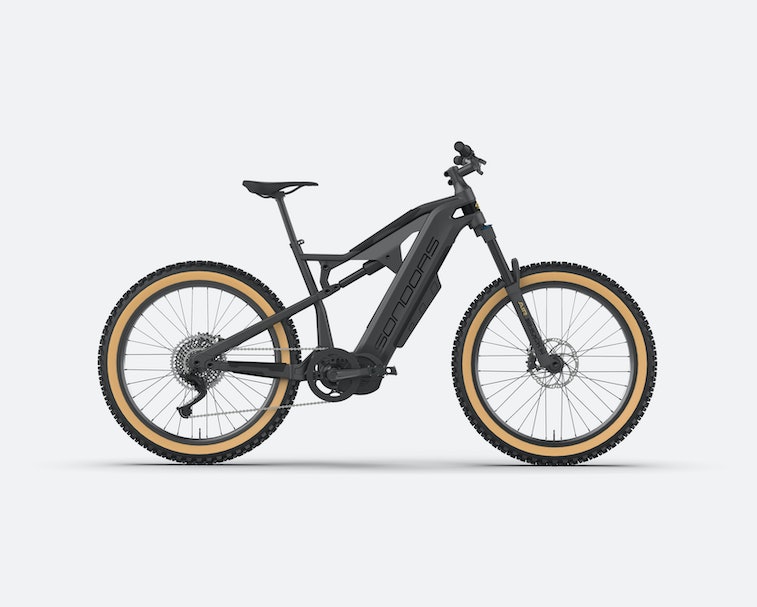 Right now bicycles are the one of the hottest commodities around thanks to the pandemic. Just regular old, garden variety bikes are just gone. There are some electric bikes out there, but people are often taken aback by how much they cost. The base model of Yamaha’s just announced YDX-Moro, for example, starts at $4,499.

Of course, not all electric bikes are created equal. You could get a Vanmoof for a cool $2,000, but if you want to take it anywhere other than well-paved urban and suburban streets, you’re in for a bumpy ride. Some people do want these electric road bikes, but a lot of people want the spiffy, mean-looking electric mountain bikes that are hitting the market hard and fast. Like the Yamaha mentioned above, though, you’re going to pay handsomely to get one.

These things are selling fast — Sondors, a relative small but established electric bike company, announced its Elite series of mid-drive bikes earlier this year, and pre-orders are open for its three models for delivery in January. There was a very limited run for October delivery this morning, but it appears those are already out of stock. The Cruiser and LX models aren’t terribly interesting (to me anyway), but the Rockstar stopped me in my tracks. It’s $2,599! That price is wild.

750 watts of power — You can hardly get a non-electric full-suspension bike for that price, so this is pretty exciting. Now, Sondors presumably won't be including a bunch of name-brand parts on the Rockstar; from the pictures it appears that the front fork is house brand, and at this price point I would assume most of the other parts are white label. The motor looks to be an exception, though, as it's clearly a Bafang mid-drive motor similar to the one I have in my bike. Sondors says this one is a 750 watt unit, which should be more than enough.

Lots of range — The Rockstar includes a 48 volt, 21 Ah battery that’s integrated into the downtube, and this too is similar in capacity to the one I have. The company quotes a range of 40-60 miles depending on how much you pedal, and given the parallels to my ride, I think that estimate is completely plausible. I'm also quite happy to report that Sondors does include a throttle on the Rockstar, and listen, pedal assist is great for 98 percent of your ride, but sometimes you just need to rocket past someone. That's just how it is.

I have a feeling that true mountain bike buffs will poo-poo Sondors' Rockstar, and I totally get it. If you're out there thrashing trails every weekend, you need something that can handle that kind of abuse. But for someone that wants to goof around with their first full-suspension bike, this price is very competitive. Plus, record numbers of people are hopping on bikes because of COVID, and some of those people are going to want to get off the streets and into the wild. For them, the Sondors Rockstar will likely be just right. The only downside is that you can’t get one until the most brutal part of winter.