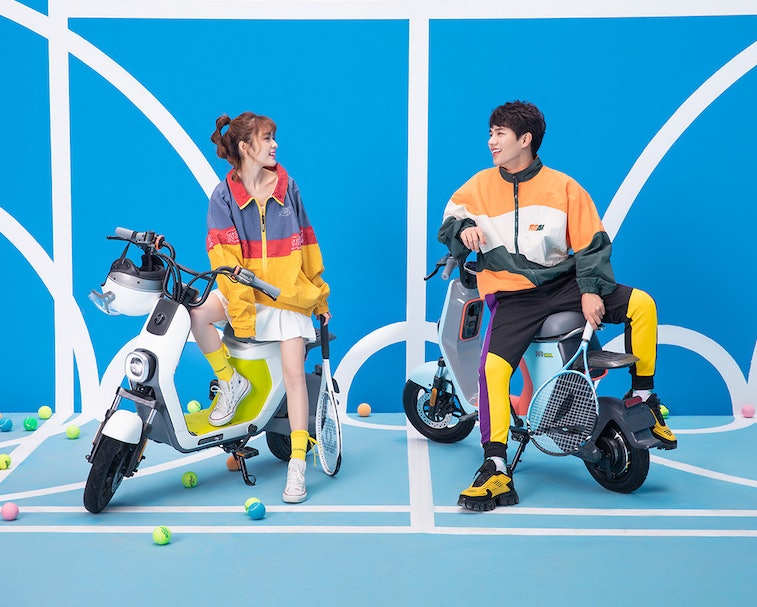 Segway, the maker of tourists' preferred mode of transportation — and, more recently, the Wall-E flavored electric armchair and e-skates — has realized two electrified wheels are less dorky when in a line rather than side by side. To that end, today it's announced the C80 eMoped on crowdfunding platform Indiegogo, which it first showed off at CES 2020.

It's hard to make the term "eMoped" sexy, but Segway has done its best by combining an attractive feature set with a compelling pricepoint — $1,899 if you order immediately, or $2,199 if you don't. That's OneWheel or high-end e-skateboard pricing. And you don't get a built-in LCD display or 52.8 miles of range from either of the aforementioned.

Lock and go — The C80 has a top speed of 20 mph and a three-part security system. First up, there's the support for NFC tags, then there's "smart seat detection" the demands a posterior be placed on the seat before unlocking is possible, and finally, there's GPS with the ability to send notifications to your phone. The 1,152 Wh removable lithium-ion battery weighs a mere 13.2 lbs, and provides an additional layer of security.

Stop on a dime — Given the 20 mph top speed, stopping isn't as much as a concern as it is on more potent two-wheelers, but nonetheless, the C80 includes disc brakes up front and drum brakes at the rear.

More pleasing are the LED rings built into the handlebars — that make it easy to see things like remaining charge at a glance — and cruise control. On most low-speed e-scooters and the like, the rider is inclined to twist the throttle to the maximum constantly but then has to hold it there. The C80's auto cruise control — turned on via the accompanying app — will kick in after riding at a constant speed for five seconds, leaving the rider's right hand free to do a royal wave at plebian bystanders.

Watch where you're going — For visibility (and vision) there's a halo-shaped headlight and an ambient light sensor so you never forget to turn it (and the integrated LED taillight) on. There's also regenerative braking and two lots of suspension (front fork, and middle-segmented spring) to soften the ride.

We'll reserve judgment until we've tried one ourselves, but Segway is making a compelling argument for considering its latest personal mobility device over a fancy e-scooter. Larger wheels aside, at least you can sit down on the Segway, and considering we don't expect to be taking public transport again any time soon, that combination of laid-back positioning and shock absorption is an attractive one. The fact that the C80 won't destroy our emergency fund helps, too.