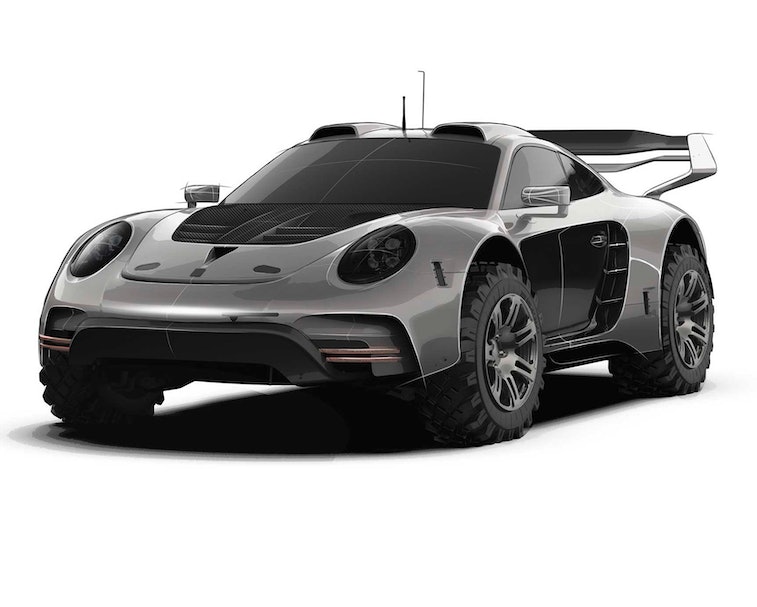 Should the end of the world come and you find yourself needing to get out of the big city, you’re going to need a ride. Sure, for agility you could grab an e-bike. But what we’d really want is one of Gemballa’s customized Porsches that are designed to pin your head to the headrest with even more gusto than a regular Porsche while also being able to handle tough terrain and looking utterly bad-ass.

Based in Leonberg, near Stuttgart in Germany, Gemballa specializes in “innovative, unusual, extreme, expensive and exclusive vehicle conversions.” Its specialty is Porsche conversions, but if you have the inclination and the money, it’ll gladly mod a McLaren or Mercedes-Benz for you, too.

It knows how to do fast — One of the company’s previous claims to fame is the Gemballa Avalance 4.2 RS, which is also based on the Porsche 911 and which was shown off at the Geneva Motor Show in 2017. It’ll launch commercially this year, and Korbach, says “[t]he performance data will outshine all comparable vehicles.”

We’re inclined to believe him. Gemballa already offers a body kit conversion for the Porsche 911 dubbed the “GTR 8XX Evo-R BiTurbo” that boosts power output to 818 bhp and torque to 1,098 Nm. That combination enables acceleration from 0-60 mph in 2.3 seconds and a top speed of over 230 mph. For most people, that would be more than enough, but Gamella’s planning a “performance variant” that’ll take the horsepower over 1,000. That's insane by any measure and makes even ludicrous mode on a Tesla (0-60 mph in 2.8 seconds) look, well, not quite so ludicrous.

Will it get here before the four horsemen? — Gemballa hasn’t committed to a timeline for its 4x4 conversions yet, nor has it been drawn on what its all-terrain Porsches are likely to cost, but we already know it’s the Cayenne one we really want. Because it’d have space for an apocalypse-ready e-bike, a solar generator to keep the bike juiced, and our end-times wardrobe, while still leaving enough room for those other apocalypse necessities: family members and pets.

More like this
Jackson Chen
Sep. 17, 2022
Tech
Zero’s long-range e-motorcycle is a beast on and off the road
Will Gendron
Sep. 16, 2022
Design
Campworks's electric camper is an off-grid powerhouse
Maya Ernest
Sep. 14, 2022
Style
Merrell updates its Moab hiking shoe for stability and sustainability