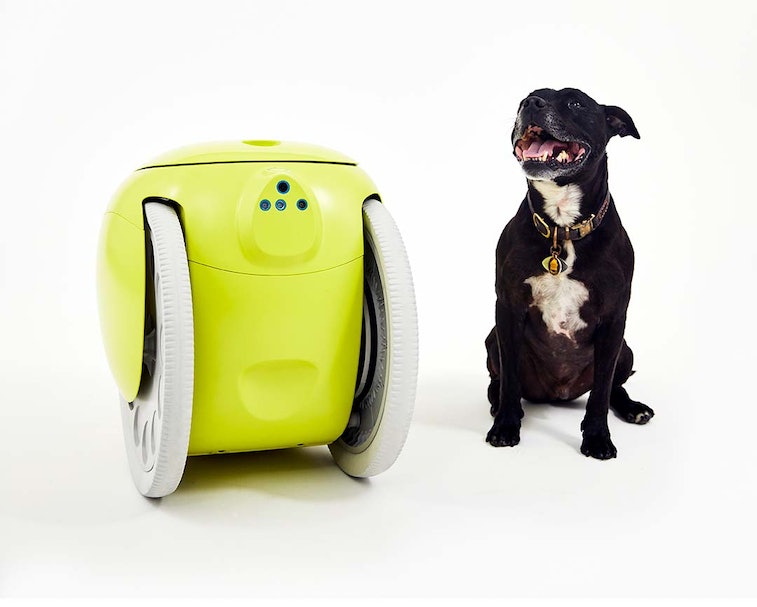 The world of robotics can be daunting for a number of reasons — not the least of which being that rogue automated machines are often the premise of sci-fi thrillers. But for the most part, current robots are innocuous and can even be helpful at times. Just look at Piaggio Fast Forward, a Boston-based robotics manufacturer that just announced its cute new helper, Gitamini.

Gitamini is a personal cargo hauler that weighs nearly 30 lbs and is about the same size as a border collie. It has the capacity to carry up to 20 lbs of gear and can operate with its lid open to make room for those tall skinny items in your possession.

Some of the other specs include the capacity to travel for up to 21 miles, pair to an individual user, and sense the details of its environment. In other words, the Gitamini is essentially a free-rolling backpack of sorts that follows you around without running into other people or objects.

Smaller and smarter — The Gitamini is the followup to another cargo bot called Gita, which was close to double the size. Everything about the original Gita was larger and more cumbersome — the machine has a cargo capacity of up to nearly 2,000 cubic inches and is capable of carrying up to 40 lbs. Combine that with the ability to move at 6 mph, and the Gita became a bit of a pedestrian hazard. Sure you could probably fit all of your groceries in the machine but it might also get in the way of a biker due to its belt-mounted tracker.

The Gitamini ditched this tracker in lieu of a more sophisticated spatial recognition system: a combination of cameras and radar in order to see its surroundings and pair to a particular user. Speaking of which, with the push of a button, the company says Gitamini can identify its user and then pair to them using only visual and radar cues.

“We asked ourselves, ‘how do we bring this innovation to a new segment of consumers?’ Gitamini is the answer — an updated lightweight robot that’s more maneuverable indoors and outdoors,” said Greg Lynn, PFF’s CEO. “It packs the next generation of robotics into a more compact and fashionable shell.”

Who knew the next generation of robotics was just a cooler with bigger rims?

More like this
Will Gendron
5.18.2022 6:00 PM
Design
Google's new eco-conscious Bay View campus looks like an actual football stadium
Ian Campbell
5.16.2022 5:45 PM
Tech
Uber is piloting two types of robotic food deliveries in Los Angeles
Annie Rauwerda
5.12.2022 11:33 PM
Ethics
The AI-powered Am I the Asshole spinoff is back and better than ever