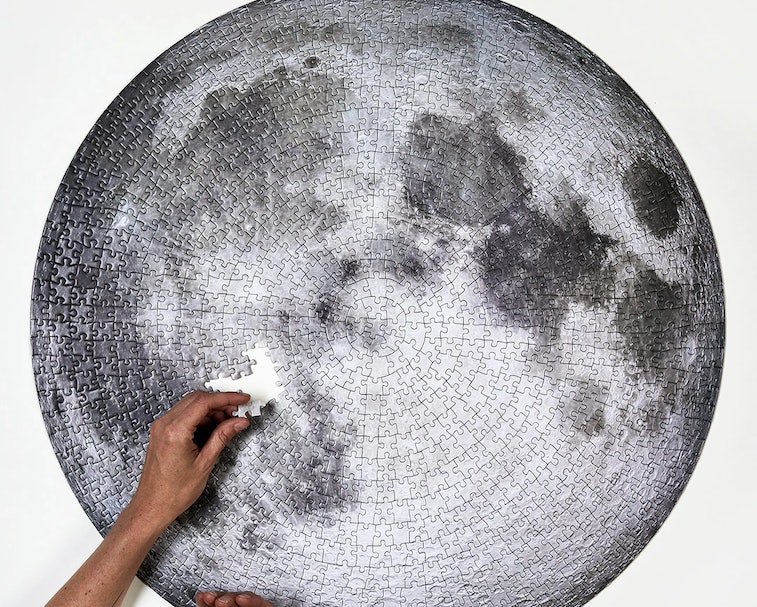 Last summer, Four Point Puzzles released a moon puzzle to commemorate Apollo 11’s 1969 launch, according to HypeBeast. The completed puzzle is an image of the moon taken from NASA's archive and that limited color gradient means it should keep you occupied for a weekend... or, at least for a few weeknights.

With plenty of people returning to puzzles as a way to pass the time during self isolation, we expect there are going to be plenty of new buyers of this $25 puzzle.

Detailed but difficult — This 1,000-piece puzzle is a 4.5/5 difficulty on Four Point’s scale, so telling your craters apart could get tricky fast. The company swears no two pieces are exactly the same, but once your patience runs thin you might be inclined to disagree. Once complete, the circular puzzle has a 26.5-inch diameter and the clarity of the image makes it a good candidate for a little mod podge.

We love space-themed collectibles, from Lego lunar landers to space pens, as do our colleagues. So this is definitely going on the Secret Santa list. Wow. The holidays. What a concept. We can dream, can't we?