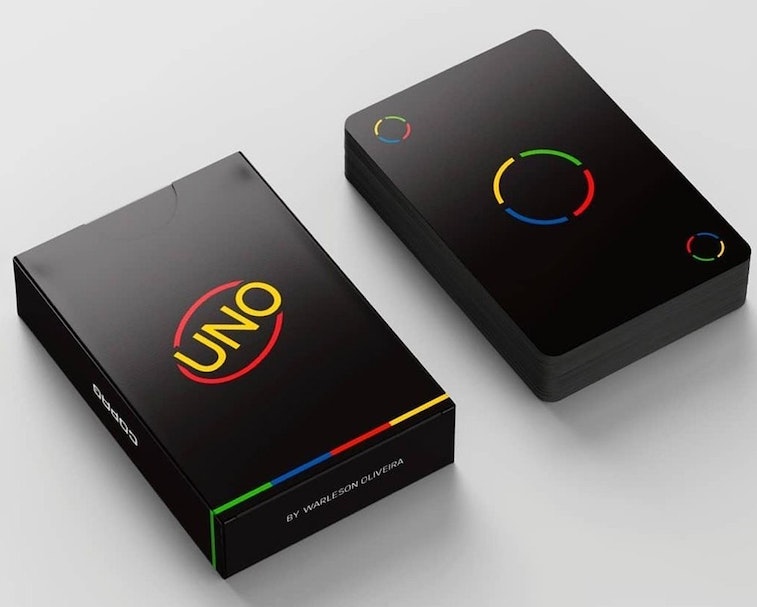 Mattel, the toy company behind the model Cybertruck, is releasing a new version of its popular UNO card game with a stripped-down design that drops the bright splashes of color for something cleaner and more refined. The new minimalist card pack is called the Minimalista Deck and was designed by Warleson Oliveira. What started as a pet project for the Brazilian designer gathered steam thanks to an online petition from UNO fans, and will soon turn up on actual store shelves.

We can't help but wonder whether, considering the cards' primary color palette and simple iconography, Oliveira is a Google fan. If not, we suspect Google now likes Oliveira. We'd like to propose the company consider Oliveira for future design work. Of course, he might be bored given every Google app icon now looks pretty much indistinguishable at a glance.

Less is more — What you'll notice most of all on these cards is the stark black on the rear that contrasts against the UNO logo in a thin, two-dimensional typeface. The front of the cards, meanwhile, feature bright solid colors and more thin lines to replace the block letters and three-dimensional shadowing seen on traditional UNO cards.

This won't be the first time Mattel has released a new look for UNO. It's done special edition decks in the past, including a Braille version made in collaboration with the National Federation for the Blind, and a Basquiat-themed pack that sold for $20 for a limited time.

The company says that UNO Minimalista will go on sale, "later this year," which means you've got some time to discuss with your UNO crew whether or not your house rules accept the stacking of +4 cards. Mattel hasn't confirmed exactly when the packs will drop, nor has it committed to a price, but with a regular deck of UNO cards typically costing $10 we expect the Minimalista deck will be priced similarly.