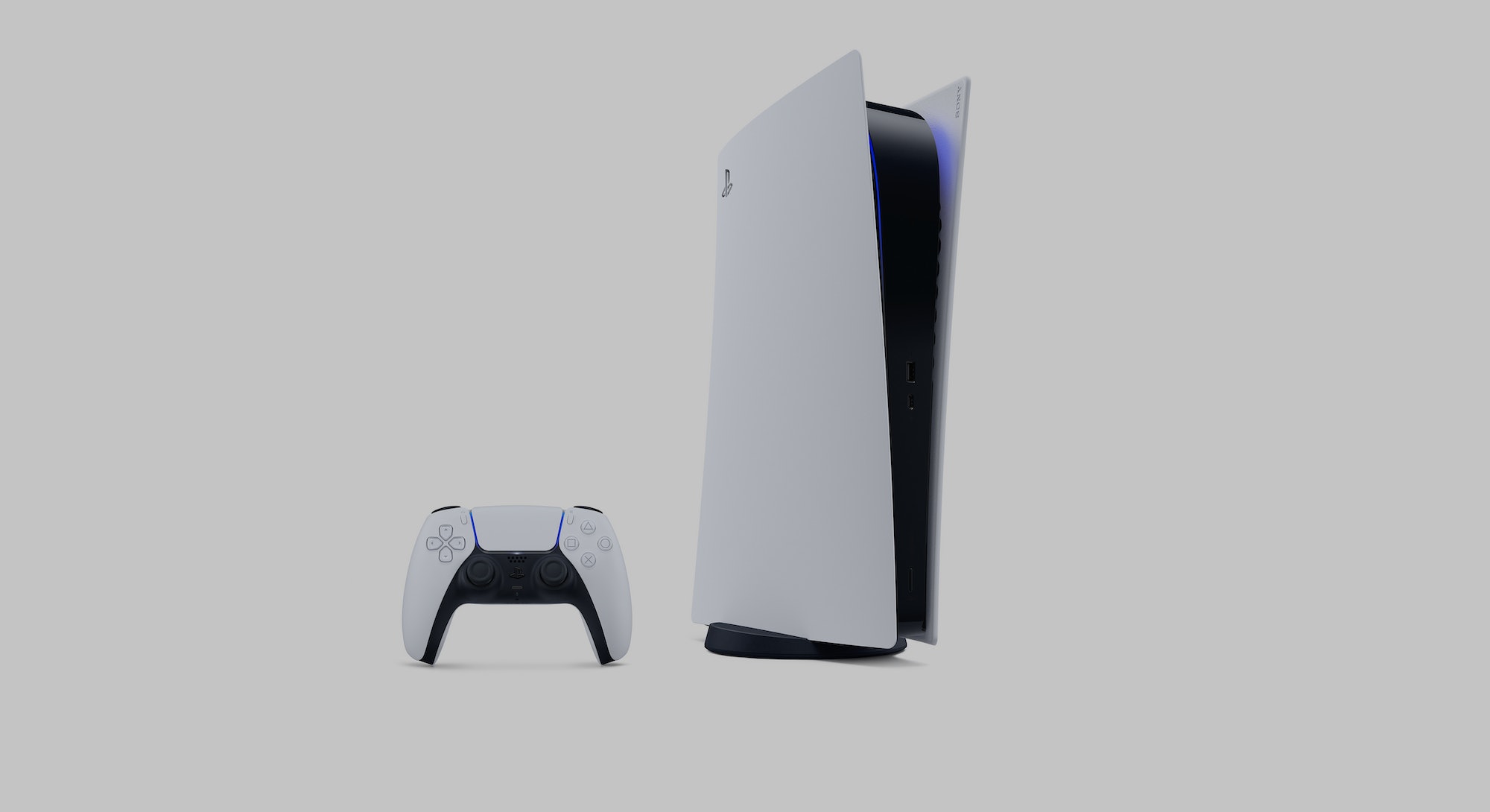 No matter where you stand, we can all agree that Sony left everyone with some kind of opinion about the PlayStation 5 and its launch games after yesterday’s livestream event that drew in over 2 million concurrent views.

After unveiling game after game for over an hour, Sony finally gave tired out viewers the thing they’ve been waiting for: the PS5 console itself. The box that’ll live under millions of TVs for the next decade.

In the montage, a series of shots of molecular balls / beads culminate in the mid-section before zooming out to reveal the console’s black, white, and blue-accented colorway. For a company that kept everyone waiting for so long, the console sure is dramatic.

The internet didn’t spare the PS5. Both consoles — a standard version with a Blu-ray drive and the disc-less Digital Edition — were mocked endlessly with memes. The next-gen console has been compared to a router, a popped collar, and the Barclays Center.

Sony had one job: Make the PS5 fit harmoniously and elegantly in homes. The PS5 fails spectacularly. This might be the ugliest piece of tech you plug into your TV since the George Foreman grill OG PS3.

Judging by the internet’s strong meme game, people are divided on the PS5’s aesthetic. Here at Input, the squad immediately reacted with unrelenting roasts on the fifth-gen PlayStation. Our friends at Inverse were more welcoming of the unorthodox design.

I don’t think I’m alone in wondering “what the hell was Sony thinking?” In typical executive fashion, PlayStation CEO Jim Ryan gave the ultimate non-answer about the physical hardware.

On a high level, I understand where Ryan and Sony are coming from. A new decade deserves a new console that breaks with tradition and forges an uncharted path ahead full of new possibilities. “Let the past die. Kill it if you have to,” as emo galactic villain Kylo Ren says in Star Wars: The Last Jedi.

But in trying to visualize the PS5’s powerful performance, ray-tracing graphics, and speedy flash storage in such a radical-looking box, Sony has broken the unspoken rule for technology in the modern home: thou shall not draw unnecessary attention.

Stood up or laid flat, I and many others are perplexed by how jarring the PS5 will look next to or below a TV. The “panda” design contrasts so hard with my flat screen. It’s like water and oil mixing — the PS5’s curves and rounded edges clash with the straight lines and sharp corners of nearly everything in my home entertainment center. The PS5 is going to look so alien in my living room.

Unlike the PS5, the Xbox Series X isn't trying to be a sculpture to be crowded around.

Compare the PS5 to the Xbox Series X, a plain and banal black rectangular box that doesn’t scream: “GAMER BOX. Hey you! Did you know this box is a GAMING MACHINE!? Just making sure you know that!” Sure, the Xbox Series X is boring, but that’s the point. It’s not an eyesore. Whereas Sony is saying the PS5’s strange design is an intentional decision to mirror its inner power, Microsoft has exercised great restraint in making the Xbox Series X as invisible as possible. The Xbox Series X is an entertainment system. It isn’t trying hard to be anything else but a console that you plug into a TV that will probably be hidden in media cabinets. Unlike the PS5, the Xbox Series X isn't trying to be a sculpture to be crowded around whenever you have company over.

When Sony announced the PlayStation 4 in February 2013, it didn’t show the console. Maybe it wasn’t finalized yet. Whatever the reason was, the message from PS4 lead system architect Mark Cerny was clear: the design didn't matter. It would be a box that you connect to your TV. That’s why he spent the entire unveil event talking about how powerful and developer-friendly the PS4 would be and the benefits users would see as opposed to showing off the box (to the chagrin of everyone).

Later, when the PS4’s design was shown off, people unanimously praised its sleek and modern design. Yes, it was a monolithic black box, but it was a hot black box. It looked good vertical and horizontal, shown off or hidden. It still looked futuristic without being gaudy. Explaining the design philosophy, PS4 designer Tetsu Sumii emphasized that “every angle matters.”

“I just wanted to make a simple object for the living room. Sometimes products are a little too exaggerated. It should be simple. That’s my thinking,” Sumii said. “I think about the horizontal, not just the verticaI. think about the 360-degree view. The reverse should be beautiful, too.”

Clearly, Sony didn’t follow a similar approach with the PS5. A simple object for the living room the PS5 is not. Outside or inside of a cabinet — especially true for the model with the Blu-ray drive — it’s impossible not to look at the box. Every time you do, you'll wonder: "what the hell was Sony thinking?"

There's nothing wrong with trying something "bold and daring" as Ryan said. But Sony also could have achieved the same thing without such a polarizing design that basically forces you to stare, and for no good reason. Sony could have used different materials or textures to make a regular box not look and feel like a traditional console box. Or more interesting colors. If the PS5 is going to be limited in production at launch this year, why not release some "bold and daring" colorways that would make a plain box pop in a fun way? The PS2 had a spectacular run of delightful colorways that didn't subtract from its industrial design or alienate living rooms.

Some boxes are designed on purpose to be statement pieces. For example, gaming PCs with loud RGB lighting, excessive liquid cooling, and clear paneling. That’s fine for your bedroom or gaming lair, but not necessarily a living room. Nobody wants a huge, emphatic, sci-fi-looking gaming machine to anchor the entertainment center. Making the PS5 in black could be a small fix, but the console is still massive.

The future of console design isn't more flashy design. It's less. Look at the technology around you that you use every day. Technology and computing are shrinking and becoming more invisible as they weave deeper into our lives. Chromecasts and Apple TVs have replaced bulky Blu-ray players as streaming becomes the primary way to watch videos. Smartphones have replaced everything from cameras, MP3 players, computers, landlines, flashlights, compasses, etc. 5G will replace wired broadband one day. Voice computing via Alexa and the Google Assistant is virtually invisible.

Most of all, the cloud is making it possible to ditch physical boxes altogether. Google botched the launch of Stadia, but there's no bottling the concept of streaming massive games to any screen without a console. There are still kinks to iron out for sure, but they're problems that will be solved with time just like the challenges video and music streaming faced a decade ago.

Sony had an opportunity to make the PS5 a good-looking box that also embodies modern computing and gaming trends that push technology more into the background. But instead, we're getting a box that people can't stop memeing. As my friend Alex Perry said on Twitter: “My main concern with the PS5’s design is eventually I might bring someone I’m dating home and they’ll see THAT under my TV.”