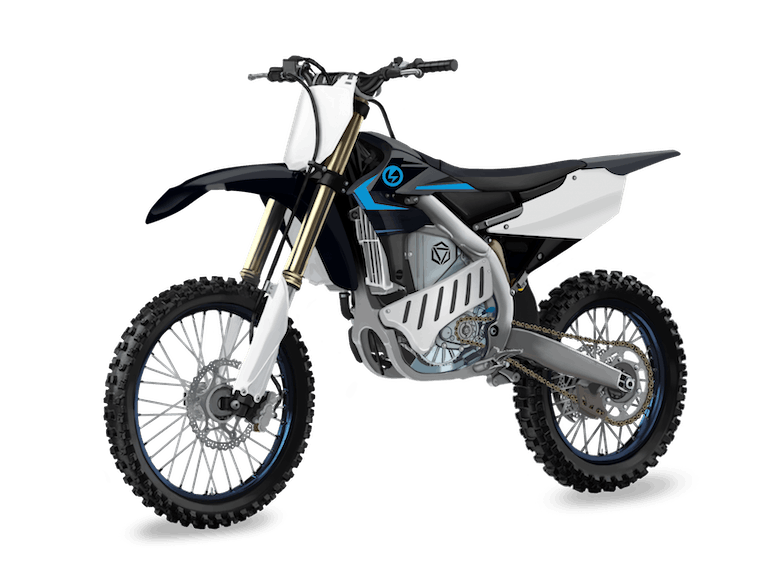 Yamaha is supplying the frame for a new, electric motocross bike that it says can compete with existing 250cc gas-powered dirt bikes while being substantially quieter than them. The EMX Powertrain, which is still in the early stages of design and testing, is the result of a partnership between Yamaha Motor Europe, electric two-wheeler company Dohms, battery producer Spike, and the Royal Dutch Motorcyclists Association. The bike repurposes the frame of an existing Yamaha motocross bike, the YZ250F.

Get with the times – Motocross racer Elmar Dohms says that the idea for the bike came about after recognizing the need to cut down noise on racecourses, with complaints and changing restrictions on noise pollution sometimes causing tracks to be shuttered. Motocross races can be really loud, and the bikes also belch harmful emissions. With upstarts like Cake and Sur Ron dropping new silent e-bikes capable of going off-road, and prices dropping to meet combustion bikes, it was only a matter of time before traditional bike makers got on board.

Unfortunately this EMX Powertrain bike is just a "prototype" that's supposed to be ready for testing by the end of summer. There's not much other information being offered up yet besides that it "has enough battery capacity to perform well" and that the electric motor means the torque is much higher than a traditional bike. Spike developed a swappable battery system so riders can get back on the track quickly, while Dohms is supplying the electric drivetrain.

Yamaha's foray into electric – Despite the early nature of this project, Yamaha is a major player in motocross bikes and having it researching the potential for an e-motocross bike is still something to be excited about. Using an existing frame from a combustion bike is a simple way to cut costs and develop something quickly from which to gain insights for an eventual production bike. Yamaha said the test will allow it to "understand how the technology from Dohms and Spike performs in our YZF chassis."

Yamaha already sells electric bikes including the YDX-Moro and Civante, but these don't have the type of suspension and tires best for the demands of a track race. They're also not meant to be ridden by ripping the throttle — instead, they're designed to provide assistance as you peddle yourself. But with Yamaha having experience building everything from pianos to jetskis to robot cheerleaders, we're excited to see what it can do with an electric powertrain and two wheels.