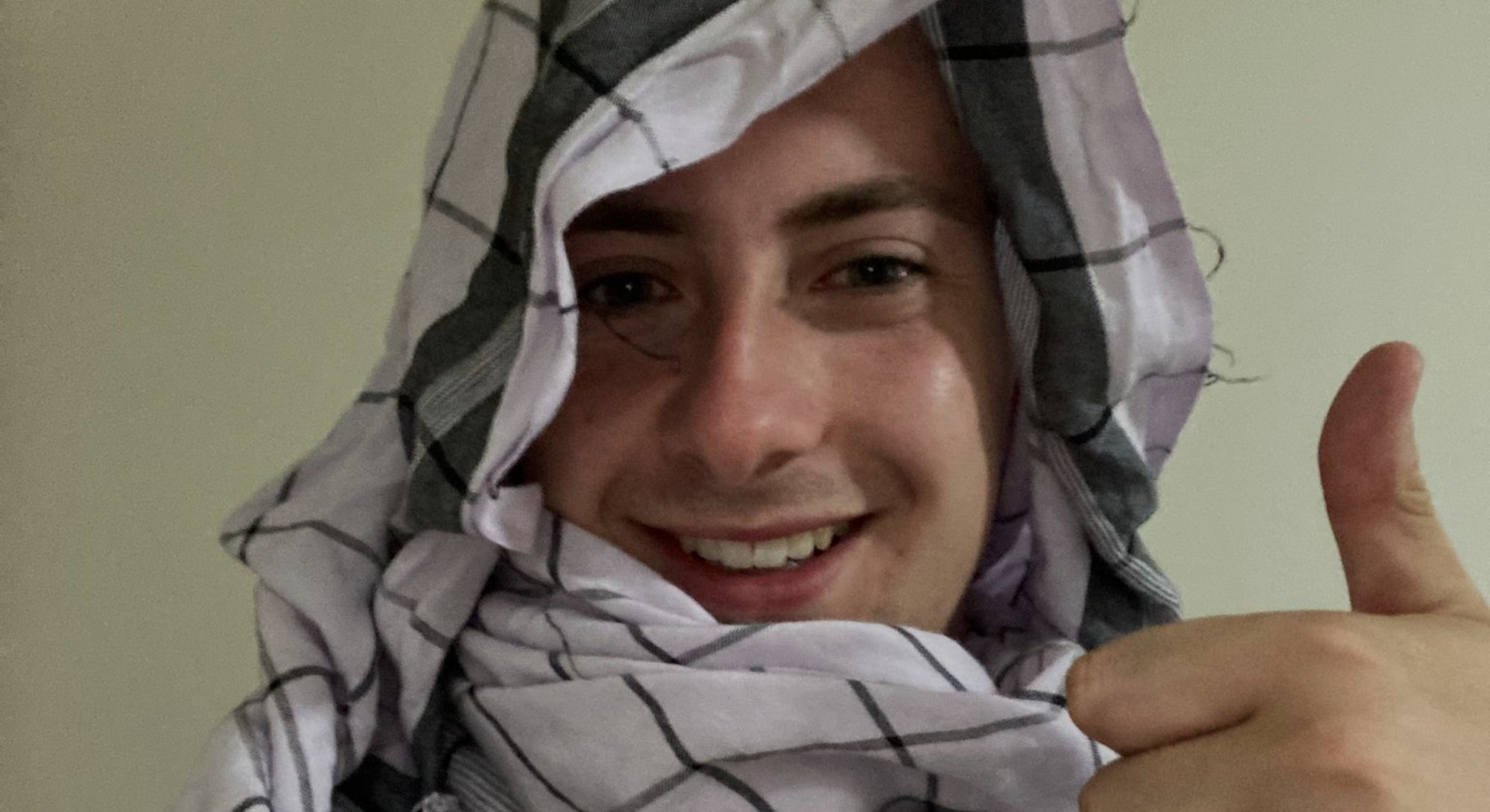 Back in May, when Miles Routledge booked his summer vacation in Afghanistan, he had no idea that by the time he landed in Kabul, the morning of Friday, August 13, the Taliban would be tearing through the country with its eyes on the capital city.

“I wanted some adventure,” the 21-year-old British student says. “I’m going to graduate university next year, so I’m going to be working 80-hour weeks at my job [after that] and not have the chance to go anywhere exciting. I thought: ‘Go all out, go somewhere different.’”

Routledge spoke to Input yesterday from a safehouse used by allied forces as they try to evacuate Western citizens from Kabul, which has since fallen to the Taliban. A physics student at the U.K.’s Loughborough University who runs a Facebook meme page that he says makes him well-known on campus, Routledge decided to go to Afghanistan after seeing the destination on a list of the world’s most dangerous places.

Two years ago, he and a friend visited Chernobyl, Ukraine, the infamous site of a 1986 nuclear accident, and that made him want to do more so-called dark tourism. (He says he cheated death there twice — once by avoiding falling into a pit of spikes, the other time by dodging a vehicle.) “If I tried to sunbathe on a sandy beach,” he says. “I’d just hate it.”

When he booked his Afghan journey, Kabul was as safe as it’s been in about the last 20 years. “There were no Taliban in the area. People were going all the time — YouTubers,” he says. “I thought: ‘Why not, I’ll just do what they’re doing.’ However it didn’t play out that way, as you can tell.”

He spent roughly $1,500 on a visa and flights to Afghanistan. “I wanted to see what life was like here, and how it was different,” he says. “It was a curiosity. It’s always been on the news since 2001.” He knew, even pre-Taliban advancement, it wasn’t going to be a trip to Disney World, but was laidback about what the experience would be. “I’m religious,” he says, “so I thought things would play out for me.”

Until what’s happened in the last week, things likely could have played out for him. The Taliban were expected to be 90 days from taking the Afghan capital, until it quickly swept through most of the country, taking previously secure strongholds and emptying prisons. U.S. intelligence services redrew their timeline, telescoping it to 72 hours. Scenes in the Afghan capital, where Western nationals were being evacuated, echoed those of the fall of Saigon during the Vietnam War. But as Routledge was on his four-leg journey to Kabul, looking ahead to a week in the country, he was unaware of the situation.

While some would argue that it was stupid enough for him to fly into a nation where an ongoing war has caused the deaths of more than 3,500 coalition forces and more than 170,000 Afghans, Routledge wasn’t that stupid. He packed a GPS tracker with an S.O.S. button that he determined he would carry in his pocket all the time. He’s been regularly updating his friends with his whereabouts through his Facebook page. He even wrote a message to be posted on his meme page in the event of his death; it’s scheduled to auto post in two weeks’ time, if he’s not around to stop it.

“Unfortunately if this has been posted I’m dead or beyond rescue, I’ve bitten off more than I can chew and something has not gone to plan resulting in this situation,” it reads. “I remind anyone who feels guilt to please reframe [sic] if possible as this was completely my fault. There was no convincing me otherwise and I knew the risks, it was a gamble I took that went wrong despite my confidence and jokes.”

Routledge’s desire to travel to Afghanistan for the lulz was in part inspired by his extremely online life. In a Twitch stream broadcast from the safehouse, he explained that while Afghanistan may have fallen, he still has “his drip” and repeatedly explained he was “based.” (His conversation with Input, it should be noted, was much more subdued and reflective.)

Routledge also shared details of his sojourn on 4chan, where his bravado-laden post was initially dismissed as fake, until he demonstrated additional proof of his travels. He says that 4chan — the controversial image board that has faced brickbats for issues of racism, sexism, and worse — is one of the places online that he’s found like-minded people with a “specialized sense of humor.”

“Even though 4chan’s obviously a toxic place and there are terrible things on there, the people who did reply [to my thread] did give good information and did save my life several times over, actually,” he says.

In over his head

Routledge says he first realized he was in over his head at 9 a.m. local time yesterday, when he was walking into town with an interpreter he had hired (and whom he wants to lobby the West to grant asylum to). “We were meant to do a charity day,” he explains. He intended to take around $30 out of an ATM to buy food for local children and dogs.

But there was a bank run, with hundreds of people waiting outside to get money. “Everyone started freaking out, stealing and looting,” he says. People were firing AK-47s into the air to get attention and calm the situation. “That’s when I knew shit hit the fan.”

After buying a burqa to hide his identity, he tried to visit a range of embassies, but they had shut down. With his translator, he hitchhiked to the Kabul airport, but there was no consular support. Locals helped him to a safe location nearby that the coalition forces are currently using as a staging post for evacuees. (Routledge provided Input with evidence of his location, which he did not want to reveal publicly.)

“Why on Earth would someone do something so monumentally daft?”

“I was worried they would take issue with me visiting,” he says of his hosts, “but there are a fair amount of people here, so I think there’s a mutual understanding.” However, a U.K. Foreign Office official, who asked not to be identified, is less accepting than those on the ground. “We spend so much time and hard work getting people out of these places,” the official tells Input. “Why on Earth would someone do something so monumentally daft?”

Routledge’s answer is complex. He says the fact that he was able to feed some starving children and hand out some money to those in need “outweighs the issues of my tax dollars going towards an evacuation that might not even happen.” Some people will think his actions are selfish, of course. “If I was looking at it from their perspective, maybe I’d think the same,” he says. “But I’d tell them that if they were there and saw what was going on, they would definitely think otherwise.”

Routledge was due to fly out of Afghanistan this Thursday, August 19, but is now waiting for an evacuation flight. “I’m hearing a lot of gunfire and helicopters towards the direction of the airport, so there is a battle going on for control,” he tells Input early this morning U.K. time. “It may be two weeks until I’m out.”

But Routledge doesn’t regret his visit, saying he “helped a lot of people along the way.” In fact, he’s even thinking of the next trip he wants to take — to North Korea.

UPDATE (August 17, 8:53 a.m. ET): Earlier today, Routledge posted on Facebook, “The happy ending: landed in Dubai thanks to the brilliant people at the British army. All safe!”