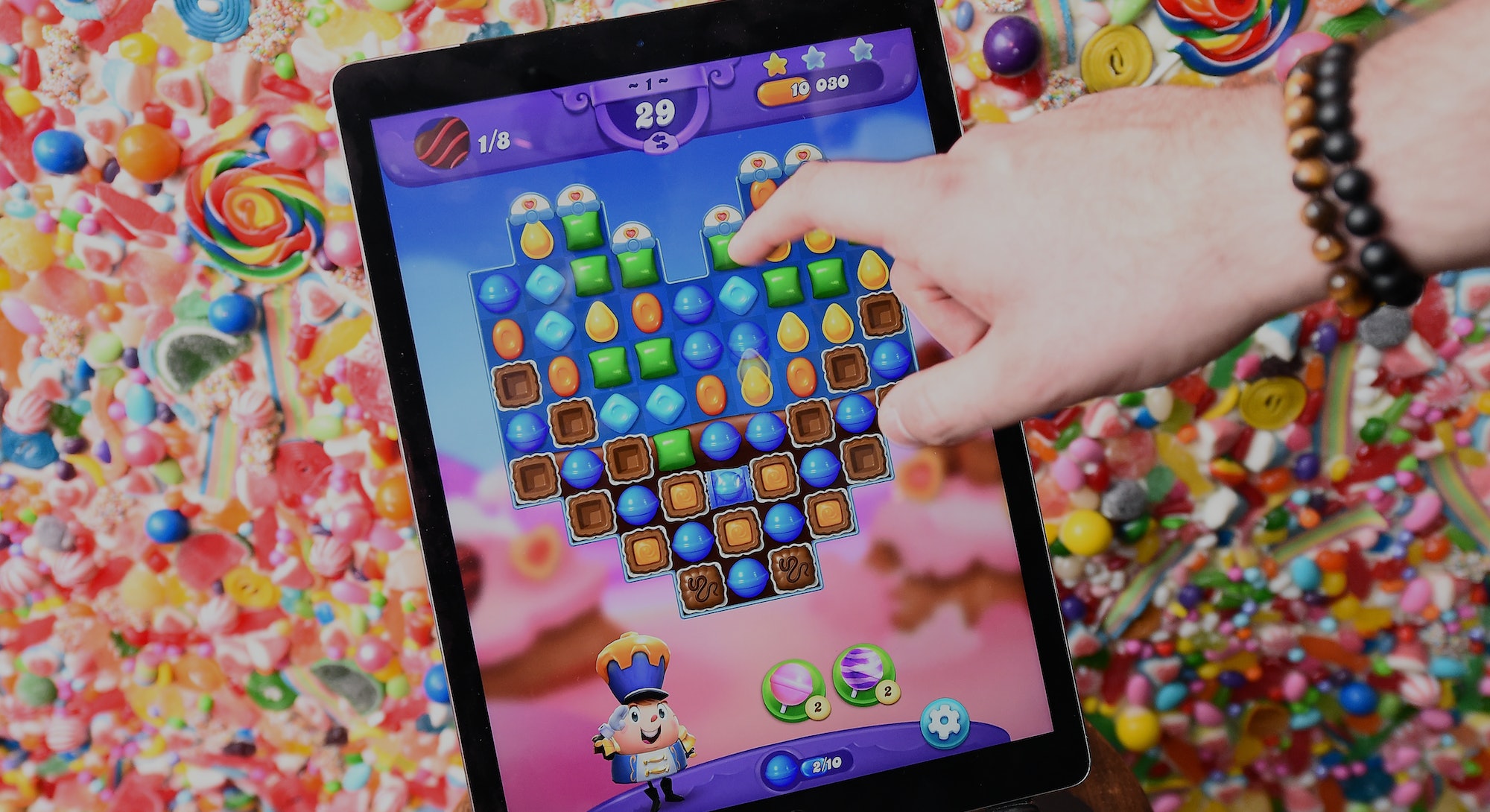 In the beginning, Candy Crush was my dirty little secret.

I crushed candies relentlessly while hating myself for being so entranced by it. “You are addicted to this game,” my partner said, and I hated myself a little more.

Maybe I was addicted. If I wasn’t doing anything else with my hands at a given moment, I was matching candies. I would excuse myself in the middle of conversations and go play a level or two in the next room. While I was waiting for a bus or a taxi, I was swiping colorful sweets across the screen. I played while talking on the phone, waiting for food to arrive; I even played on the toilet sometimes.

Back then, I hadn’t known that Candy Crush was my stim — short for self-stimulating/-soothing behaviors seen in autistic people. As a late-diagnosed autistic, I have always had significant social and communication difficulties that affect everyday functioning, and Candy Crush became my coping strategy. It helped keep me grounded when my brain was overloaded.

For me, as for many, many other autistic adults, especially women, the cognitive demands from decades of masking — that is, camouflaging social communication difficulties by artificially performing behavior that is deemed to be more acceptable, like forcing facial expressions and eye contact, and scripting behaviors and conversations — had started to take their toll. When I discovered Candy Crush, I was circling the metaphoric drain of anxiety, depression, and burnout, and it was getting harder and harder to pretend I was okay when I wasn’t. Focusing on the game, instead, took me away from reality, a much-needed temporary relief.

“It helped keep me grounded when my brain was overloaded.”

“Gaming might bring a sense of comfort to an individual that helps them to cope with issues of trauma, anxiety or relief from depression,” says Dee Johnson, an addiction therapist at the Priory Hospital in Chelmsford, U.K. “It might also be that they escape, to avoid reality, unable to process the difficult emotions they otherwise experience.”

Videogame-based interventions have been used in therapeutic settings to help with conditions such as autism and ADHD, says Johnson. “They are designed to encourage and teach great grounding techniques, a safe way to identify and let out emotions and learn to communicate more effectively,” she says.

There is research that shows that games designed with neurofeedback training, or those that are interwoven with therapeutic and educational support, are having an effective and positive impact, not just for ADHD and autism, but for treating anxiety as well.

A proof-of-concept study published in 2017 showed that playing Tetris within a few hours of a traumatic event, such as a traffic accident, can reduce intrusive memories. The hypothesis of this experiment was based on an earlier study about how the high visuospatial demands of the game disrupted the consolidation of intrusive memories of the trauma.

D (who asked to remain anonymous) is an autistic woman from Toronto who has been using Candy Crush in her neurodiverse household in different ways. “It helps me block out my surroundings,” she says. “The colors, movement of the candies, shapes, and required focus to solve the puzzles kind of act like a shield between me and whatever is causing my anxiety.”

“A shield between me and whatever is causing my anxiety.”

The anxiety-causing element is usually “kid-related noise,” she adds. Of her six children, three are on the spectrum, one has ADHD, and one is being assessed for autism. When she plays with her children, it becomes a group activity they can all do without having to be physically close to each other. “We will sit beside each other or in the same room, and race to the next level or prize,” she says. “It seems to help my 8-year-old because he views it as quiet time, and I’ve noticed that it helps with his eye-hand coordination. My 9-year-old views it as close attention time, [and] the little ones, 6 and 4, just like the noises and colors.”

Elizabeth Svoboda, journalist and author, stumbled upon Candy Crush when she was struggling with anxiety around the release of her first book in 2013. She was plagued with doubts: Would anyone review her book? How would the people in her life respond to it? Plus, there was the surreality of being on the other side of the media equation: from being the interviewer, all of a sudden, she was the one being interviewed. “Essentially, my thoughts were jumping in all these different directions, and it was putting me in a pretty bad mental state,” she says.

Candy Crush was a big phenomenon on Facebook at that time. “And so one day, I guess I just said, what the heck, I’m gonna give it a try.” She found herself enjoying it more than she’d imagined, and started looking forward to the breaks in her day to try and pass another few levels. “I kind of feel like it was meditative in a way, because now my mind wasn't focusing on these million different things. It was focusing on, ‘How do I get those three candies lined up?’” she says. “Having that point of focus, even if it was only for 15 or 20, or 30 minutes in my day, it was calming for me.”

Svoboda’s tryst with the game lasted only a few months. “I never forbade myself from playing it, but it almost felt as if I had outgrown it, like that it served that purpose in my life,” she says. “It wasn't like I had to delete it from my phone to prevent myself from playing. Like, I don't think it ever got to be a problem.”

In some people, though, it can become a problem. “It’s like any other addiction,” says Jeanette Raymond, a clinical psychologist based in Los Angeles. “Anything that gives you a dopamine rush, and makes you want to do it more and more.” Addictions can give you relief in a very powerful way, she adds.

It’s ritualistic, Raymond says, which is what is calming for someone like me, yet it has an element of predictability: “The rules of the game are pretty simple and you know what you have to do, but the exciting part is, you don’t know how it’s gonna work out.” In the case of addiction, this is called intermittent reinforcement, which keeps you hooked. “Like the slot machines, right?”

“It’s all about control.”

Should I worry, then, the next time I reach for Candy Crush that my relief-seeking might tip over into addiction?

Gaming in itself is not necessarily the problem, points out Johnson. “It’s what you do with it that is. Millions of people will play happily, seriously and even competitively and still not have an addiction issue.”

In fact, games have some great benefits as well. “It gives you a sense of mastery and control. It puts you in the present moment, which is what we do when we are treating anxiety. It creates a sense that you’re good at something,” Raymond enumerates. “It’s all about control.” Just like when I find myself in a social situation I can’t read, one that makes me awkward and uncomfortable, when I find myself edging closer to overwhelm — I reach for my phone.

“Then you’re not in the room anymore,” Raymond explains. “You take that sense of discomfort away.” It’s a means of self-care in that moment, she adds, but cautions, “It doesn't mean that you don’t have a problem in that social situation.”