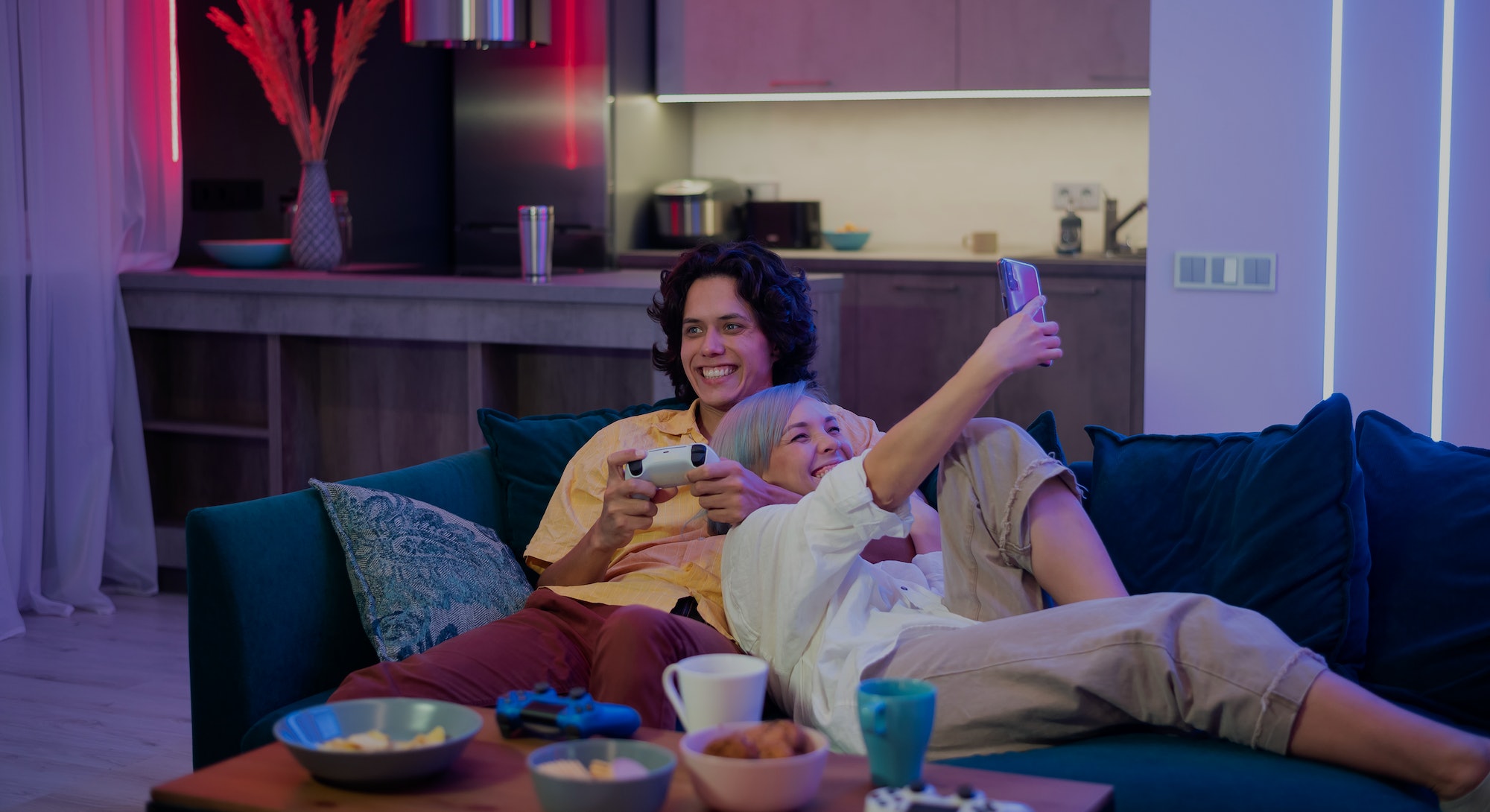 According to most disgruntled comments sections, gamers have one common enemy: backseat gaming.

“Backseat gaming” (per its 2006 Urban Dictionary entry) is when you are “watching someone play a game, remarking on every move,” which is generally considered as vexing as backseat driving. Maybe even more annoying, since your drive to CVS usually isn’t broadcast on Twitch and subject to global scrutiny.

But backseat gaming isn’t bad for everyone. “@itsgfreviews is like a gateway for women,” writes Twitter user @ciouuus about Girlfriend Reviews, a YouTube channel where video games are reviewed not by how entertaining they are to play, but by how gratifying they are to watch and lob criticism at. “I get that women want to see more women in gaming, but you have to think about women with zero gaming experience who want to get into gaming,” she continues. “Backseat gaming is a gateway to gaming.”

The duo behind Girlfriend Reviews, who did not respond to requests for comment, is the most public example of backseat gaming’s good side — it allows for a sneaky way into the community for those who it’s historically hostile to — particularly women. Shelby, the girlfriend in question, is a happy backseat gamer. She intently watches her boyfriend play Resident Evil Village and declares a YouTube video’s worth of commentary all the while. But because she’s relishing the game with her boyfriend, her backseating feels communal, even loving. And by Shelby’s own admission, backseat gaming has allowed her to “naturally [evolve] from a girlfriend who complains about video games into something of a gamer [herself].”

“Backseat gaming is a gateway to gaming.”

This is an observation tacitly understood by non-gamer girls everywhere. On TikTok, you’ll find videos with half a million likes about non-gamers happily watching their boyfriends play video games. Unlike women on the front lines of Discord chats, backseating women can dodge the grossest parts of gaming as a woman, like harassment, while still reaping the best: camaraderie and gameplay. New research published at the end of 2021 in SAGE Publications analyzing “the feminization of backseat gaming through Girlfriend Reviews” echoes this sentiment.

“After experiencing cultural inaccessibility, stigma, harassment, and toxicity, women who engage with gaming have developed versatile tactics throughout the years to protect themselves,” writes the study’s authors. “Presenting oneself as someone who is ‘just watching’ absolves women from pressure of proving their proficiency in gaming.”

Even when backseat gaming doesn’t inspire women to play alone, it still adds them to the gaming world in a safe way. It expands the meaning of gamer; these women are more than just observers, they have personal and emotional ties to gaming. Visual artist Dannie told me that, although she doesn’t play games solo, the backseat gaming in college made her feel more connected to her friends. “I liked watching them have fun and then me not really having to do anything, but I still got to be included,” she said.

Despite its worst connotations, backseat gaming can provide a comfortable cushion for fledgling gamers to perch. But when women decide to take their turn in the driver’s seat, the reverse often gets ugly.

“I thought I had seen a lot of backseating as a streamer, but once I was actually in the industry [as a video game reviewer at IGN], I realized just how bad it is for women,” Stella Chung, who has been streaming for seven years, told me.

“As a female in a predominantly male industry, I am constantly being told how to play.”

“There’s still this assumption that a woman playing games is either new to that game or can’t play well and they’re subject to a lot of unsolicited and unnecessary advice,” she said.

All four professional women gamers I spoke to for this article told me they felt targeted by male backseat gamers, who most often pop up as aggressive stream viewers.

“As a female in a predominantly male industry, I am constantly being told how to play,” Ikea Turner, who has been streaming professionally for the past four years, said. “No matter what game I am streaming, there is always a viewer [...] telling me how to shoot or loot.” Streamer Lucia Everblack agrees, telling me that “women are already treated like dolls, and [backseating] is just another extension of that culture.”

“It’s really just another way to exert power over us and remove our own control,” she said.

When men backseat-game professional women, it becomes an unwanted and often unwarranted event between strangers. Instead of lifting women up, this kind of backseat gaming clutches them tight, smothering them with assumptions about the help they need and who they need it from.

Women gamers want you to know that, unless they say otherwise, they don’t need anything from you.

“Women who play video games are not damsels in distress,” said Turner. “We don't need a ‘strong man’ to be our savior or protect us in whatever game we choose to play.” Similarly, the streamer Octavia, who occasionally employs a no-backseating rule in her streams, reminds men in the community that “delivery and intention” matter.

“Be mindful of how and what you’re trying to convey and think about if it’s even necessary in the first place,” she said. “Let me experience the game in the way that I choose to play it, just like you did!”

Backseat gaming can be a valuable asset for women first discovering video games. But when it’s used as a prod to keep women as idle side characters, backseating becomes yet another tool for male gamers to keep the community exclusionary and uncomfortable. If we really want the entire gaming community to thrive, we need to stop putting an asterisk on “gamer.” We need to accept that women don’t want help, they want to play.