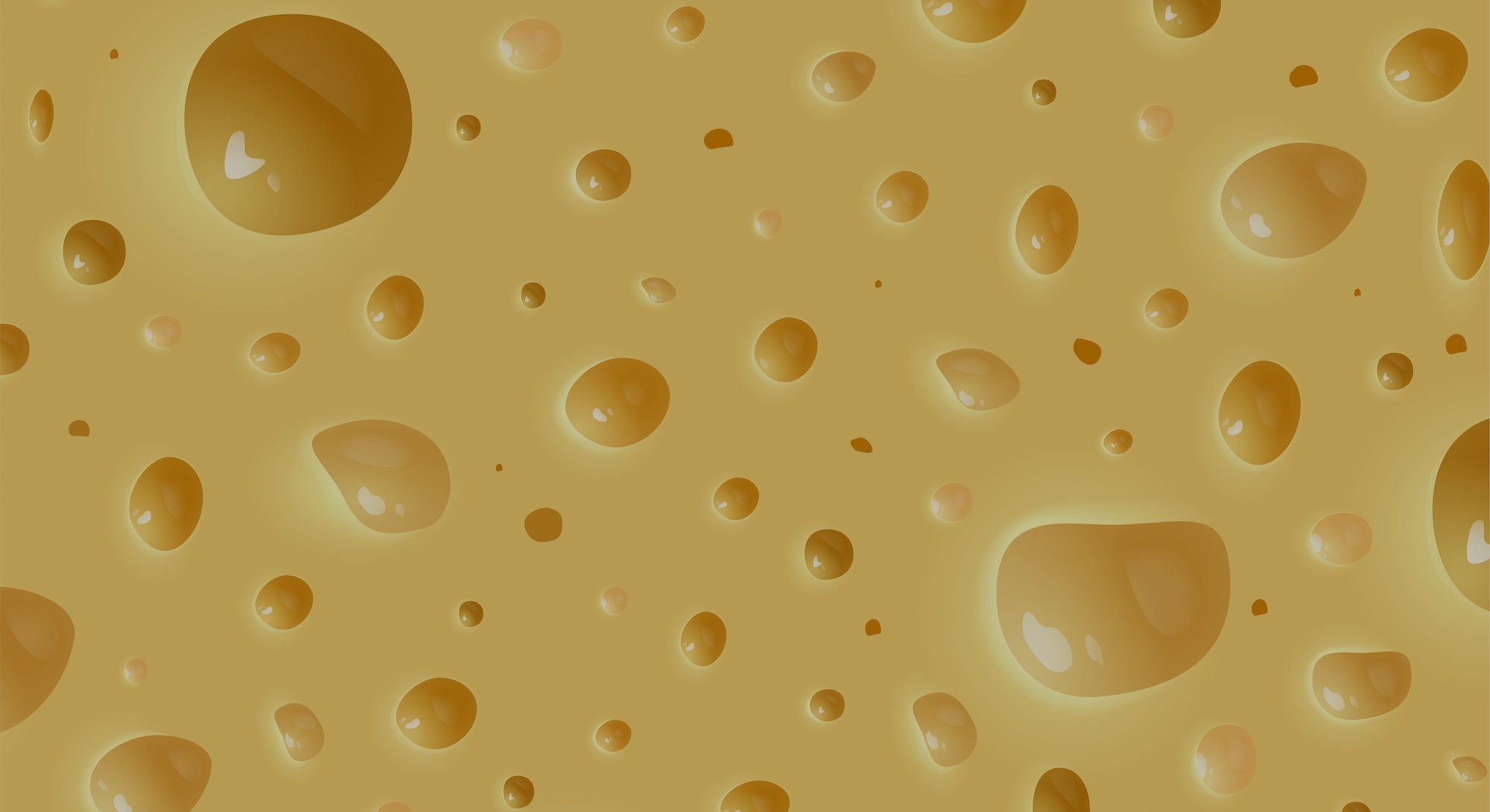 March 12, a Thursday, was the day I began really feeling the tectonic plates of society shifting rapidly under my feet. I had been practicing social distancing for a few days already — and had been in South Korea at the end of January when COVID-19 first showed up there — but the scope of the situation was still just a rough outline to me. One that mostly looked like an “abundance of caution” and a collection of small-scale events canceled by individual decision makers.

But March 12 was the day most of the major professional American sports leagues suspended their seasons. And then Broadway theaters announced they would close at 5 p.m. that night, as though they were simply small shops keeping business hours in a sleepy town without a nightlife.

These are not even forms of entertainment that I regularly interact with or rely on, but watching the lights go out simultaneously on these twin pillars of mainstream American culture made the world-altering impact of this virus sink in more than the mounting infection rate could.

Alongside the deleterious and potentially fatal effects of COVID-19, this is the more passive, secondary pandemic affecting those who are otherwise still healthy. For better or worse, it’s often something even vaguely personal, not numerical, that makes a crisis feel real.

“Please be mindful that when March Madness is inevitably canceled, I will need some time to grieve.”

“Please be mindful that when March Madness is inevitably canceled, I will need some time to grieve,” my boyfriend texted me that same day. A few hours later, the NCAA announced it would in fact be canceling the tournament.

“We should have a Zoom bracket party,” I texted back.

Weeks earlier, he’d sent a friend a sort-of-in-jest, 12-page pitch for something called a bracket party, loosely inspired by March Madness. It was meant to make the hubbub around this annual sporting event accessible on some level to even those, like me, who know nothing about college basketball.

“At its core, a bracket party is an opportunity for a lively, good-natured debate about people’s favorite things,” his pitch reads. “A category is chosen, say, ‘Breakfast Cereal,’ and party guests discuss which cereal should be crowned ‘the best.’ By following a bracket-style format, choices are pitted against each other across multiple rounds, forcing guests to come up with new and creative ways to defend their choice as the night goes on.”

It was meant to be an in-person experience, but retrofitting this idea for our newly isolated and virtually bound lifestyle seemed like the perfect way to both avoid March Sadness and fill an increasingly urgent need to stay connected to other people without leaving the house.

In the days leading up to the bracket party, participants were asked to submit their personal top five favorite cheeses. The bracket was seeded by tallying up the number of times each cheese was submitted. After clarifying what two people meant by “goat cheese” (they meant fresh chèvre), and trying to convince three people that “Swiss” is not a real type of cheese (they couldn’t be swayed), mozzarella emerged as the definitive No. 1 seed with 10 submissions. Mascarpone claimed the No. 16 seed after being randomly selected from the 11 other single-submission cheeses.

When it came time to play, the rules were fairly straightforward: there would be a five-minute interval of open debate for each head-to-head, followed by a vote. The cheese that received the most votes would move on to the next round.

Most of the first round proceeded as expected, with decisive wins for higher-seeded mozzarella, ricotta, Brie, Gouda, parmesan, fresh chèvre, and cheddar over lower-seeded mascarpone, “Swiss” (which again, is not really a type of cheese!), Muenster, Camembert, Gruyère, burrata, and Monterey Jack, respectively.

The conversations could at times get surprisingly deep for cheese: Which is more admirable in a cheese — having a singular quality or being utilitarian? Why are hard and soft cheeses often pitted against each other? Why not messy versus neat cheeses? And for the most part, voting proceeded logically, following well-argued stances. Only in one case did a voter raise his hand without conviction.

“There’s always one game, like San Diego State versus Loyola Chicago, where you’re just like, ‘Who are these teams?’” he said. “I’ll just go for the four seed.” Which in this case meant Gouda over No. 13 seed Camembert.

But the biggest upset of the night also took place in this round, and it’s one for the history books: No. 10 seed cottage cheese clawed its way to the Exquisite Eight over No. 7 seed provolone.

At first, it seemed cottage cheese’s lumpy appearance would be its downfall. But after an impassioned argument that in 2020 judging a cheese on its looks is no longer acceptable, cottage cheese’s supporters offered a series of compelling arguments: It’s strong on its own as a standalone snack; it’s loaded with healthy probiotics; it holds up in both savory and sweet contexts; it can be drained and pressed to create yet other cheeses, like paneer or farmer’s cheese; and it’s cited in a nursery rhyme.

In the end, it was hard for provolone to come back from being “just an okay sandwich cheese.”

For most of round one, I completely forgot why we were doing this party at all, and in this remote, digitized way. The earnestness with which we were debating cheese gave my brain something trivial yet engaging to focus on, and offered deadpan comic relief from a world in turmoil. It’s hard to say if this virtual party would’ve been as fulfilling had it taken place now, on my fourth week of social distancing, when the emotional burden of transferring an entire life — personal and professional — into virtual space is really starting to take its toll. But midway through week two, it was doing the trick.

We debated and laughed. We cheered when our team won, and slammed our hands on our respective tables when our team lost. We ran off camera to pull cheeses from our refrigerators for a brief halftime game of show-and-tell, and some of us popped open bottles of wine to enjoy. I felt like all of these people were in my kitchen, and that I was no longer alone in the one-bedroom I’d been cooped up in for nine days.

But in round two, when parmesan, the No. 3 seed, went head-to-head with fresh chèvre, the No. 6 seed, I got pulled back down to earth. After dinging chèvre for that sometimes sour-adjacent, metallic taste and upholding parmesan as a bestower of umami, several participants also noted that parmesan, as an aged cheese, was a better companion in a pandemic. If you’re stocking your pantry and planning to make only monthly trips to the grocery store, a cheese that gets better with age is a godsend.

It’s the kind of defense that likely never would have entered the conversation had this party taken place on an alternate timeline in one person’s home, rather than on this timeline, as we hide from a virus in our individual homes. After all was said and done, parmesan went on to the Fragrant Four.

Sadly, cottage cheese’s upset was a one-round-only showing, as No. 2 seed cheddar marched easily onward. (“[Cheddar] is Duke here,” one participant noted. “It’s No. 2.”) Cheddar and parmesan were ultimately joined by Brie, which dominated over Gouda based on its relative decadence alone, and mozzarella, which at this point was still mostly riding on its association with pizza.

In round three, mozzarella was declared “a juggernaut” after handily defeating Brie in the most unanimous vote of the night, 13 - 0, and moving on to the championship round.

Parmesan versus cheddar was the only game in March Cheeseness to go into overtime.

Meanwhile, parmesan versus cheddar was the only game in March Cheeseness to go into overtime. The debating period edged toward seven minutes — two more than were allotted. Some participants dinged cheddar because of its “orange” variety (a totally unnecessary, merely aesthetic gimmick that conveys zero flavor) and parmesan for “smelling like vomit.”

In the final minute — as one pro-cheddar participant tried to malign parmesan at large with all the crimes its shelf-stable Kraft contingent has committed — I swooped in to make the point that would ultimately guarantee parmesan’s spot in the championship game: there may only be one official Parmigiano-Reggiano, but a parmesan cheese with a lower-case P exists at every price point and for every person; it’s not exclusionary or elitist.

“It’s the people’s cheese,” someone else chimed in. And, thus, parmesan clinched a championship spot.

When I saw it would be mozzarella versus parmesan in the end, I felt a twinge. There was something obscene about debating the merits of these two great Italian cheeses at a time of severe hardship for Italy, which has been overwhelmed by the effects of COVID-19. There is an unavoidable guilt that comes with finding brief joy in the midst of chaos. But it felt important to keep going.

Ultimately, mozzarella, which, aside from its pizza association, had gotten this far because of its impressive array of forms — fresh or aged; sliced or shredded; in strings or in balls — was unable to hold its own. The most pandemic-friendly cheese, parmesan, prevailed, winning the championship, and earning its title as the Best Cheese.

After the Zoom party ended, I called my boyfriend to see how this stand-in March Madness had felt to someone who was actually mourning the absence of the real thing, and whether it had brought back any of the richness missing from our current way of life.

“This has been a really emotional night. No joke,” he said. “I loved that it was very realistic — the one seed versus the three seed [in the championship]. So what did we miss, really?”

Certainly not the chance to pretend, even if only for a moment, that everything is where we left it.