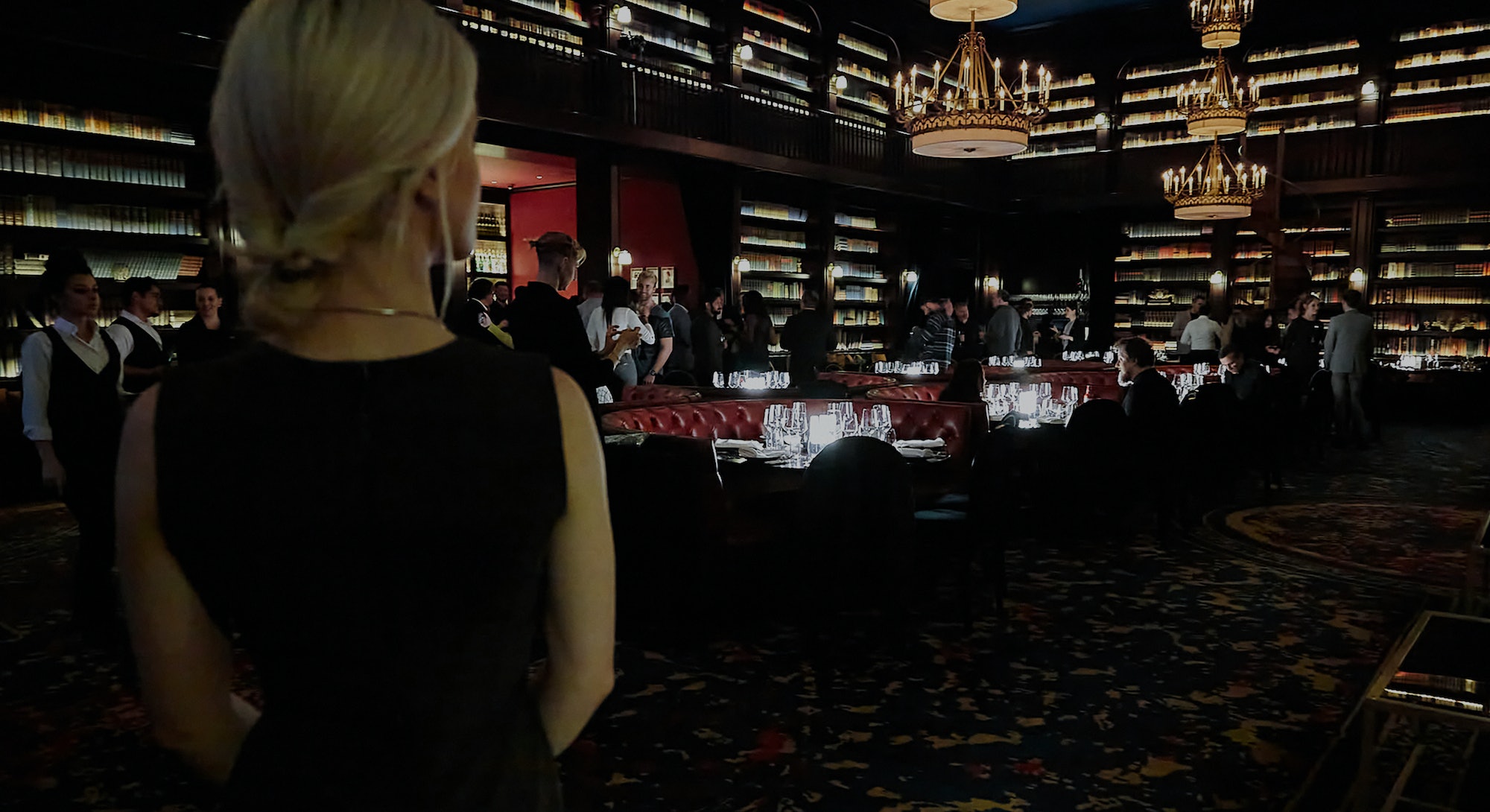 Look, it's not hard to figure out that I'm into sneakers and football (soccer). All you have to do is take a quick peek at my Instagram or Twitter and you'll know those are two things I love. Still, it is so creepy to have a random person come up to me and be like, "Hi Edgar, I see you're wearing one of your many pairs of Nikes. What does your collection look like these days?"

Coming from a stranger, that just feels like an invasion of privacy, even though it's probably my own fault for oversharing parts of my life on social media. But being creepy was the norm at the Westworld: Incite dinner my colleague Ryan and I attended on Tuesday night, an experiential event put on by HBO to promote the third season of its sci-fi hit show, which will premiere later this year.

The new season of the show, which does not take place on the moon, will focus on a fictional tech company called Incite, which collects personal data and analyzes it to create different paths of life for people. Incite's promise is that if you aren't happy with your current life, or even if you are, there are many possible outcomes in your future — so whatever choices you've made until now don't have to define you.

"We're not a Silicon Valley vaporware," says Liam Dempsey Sr. (Jefferson Mays), co-founder of Incite, in the Westworld season three trailer. "We have unprecedented computing capabilities, analyzing data from life's most unsolvable problems. With Incite, the only choice you'll have to make is us." Before we even got to the event, to register we had to fill out a form with questions like, "Are you anxious about the future?" You then had the option to enter your Twitter and Instagram handles, which is how the actors at the CES 2020 Westworld dinner found out so many personal details about the people in attendance.

For me, they knew I had changed jobs recently or that I recently traveled to France and Italy. Again, these are all things I put out into the world on social media, but the fact that a stranger is basically reciting your entire life history in a public place is quite eerie.

As for Ryan, they asked about his long-term relationship with his partner, including details they must have gotten from his partner's public social media presence. He was laughing about their references to his day's Instagram stories but the depth of the references to his relationship were when things got kind of unsettling. Ryan and I didn't get to sit together. Instead, we were put on tables with other people we didn't know but who shared similar interests.

It was awkward because here you have a stranger, the Incite "host" introducing you to a bunch more randoms and being like, "I think you two should talk because he also likes soccer." (I'm paraphrasing, but it should give you an idea of the weirdness of the whole thing.) Thing is, creepy, weird and slightly awkward are all part of the essence of Westworld's story — I mean, you have humans trying to live forever, while killing for sport, and artificial intelligence characters with a mind of their own.

During dinner we were each given a custom menu based (vaguely) on our taste preferences. The food was unanimously praised – and gnocchi is one of Ryan's favorite dishes – but "Incite" still asked if we wanted red or white wine with out dinner, which seems like one of the basic things they could have "decided" for us.

My experience was light compared to when the Incite master of ceremonies picked one of the attendees and basically gave us a detailed breakdown of her entire life. There were maybe about 50 people at the dinner, and we were all told with she was born, where she went to high school, how and when she met her husband and her job history. It was uncomfortable to know so much about this person who I've never crossed paths with before, though I do have a theory that she was part of the HBO's team of Westworld: Incite actors.

This isn't the first time HBO has come up with this type of experience to market its shows. At SXSW 2018, the network built Westworld's town of Sweetwater in Austin, Texas, featuring original production props and hundreds of actors. And although the Incite dinner was on a much smaller scale, it offered a similar effect: to make you feel like you're in the show.

With the current state of data privacy and how much tech companies know about us, though, this one just felt a little more real. Considering its themes, perhaps Westworld would have made for a more effective live experience than a prestige television show in the first place.

The fact someone I don't know can just go on my Twitter or Instagram to learn more about me is scary, but that's how the world works now. I'd do it again, though, because what better way to feel alive than being conscious in a room full of strangers?