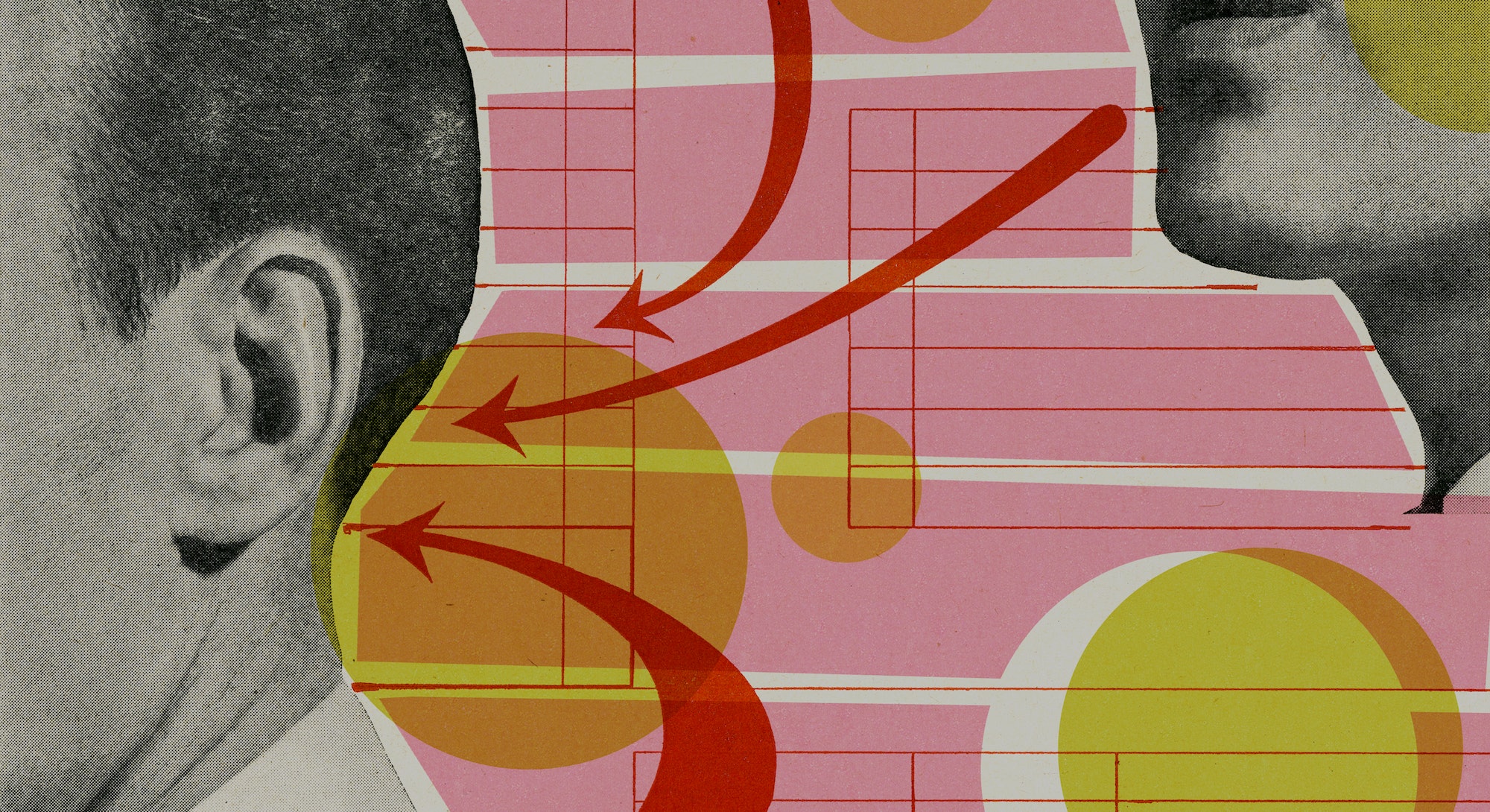 Communication has always been sorely lacking in my family. We tend to default to omission. There was, for instance, the time Dad went MIA at some pivotal juncture mid-grandparent visit, causing a mild panic. (I found out later he’d just been tending to some impromptu yard work. So him!)

Or the time I belatedly found out about a close family friend’s chronic, life-altering illness. (A shock to me, yet somehow everybody else seemed to already know about it.) Then there’s the fact that though my twin brother and I both identify openly as gay, we never formally came out to each other. (Quite why, I’m not sure. Maybe ask him?) The two of us almost never speak to our older brother, probably because of a few bad adolescent blowouts and our family’s de facto policy of silence.

Whatever the root cause of our stoicism — inherited Protestant repression? A postmodern coolness toward the concept of “family”? A fundamental incuriosity about one another? — we seem to have quietly upheld mutually assured non-intervention, betting that if we each cultivated our own garden, the family unit — my 70-year-old parents, my two brothers, and I — would endure.

This is how it’s been for the majority of my 28 years. But recently, my family and I have started communicating — about money of all things. And for this, we have to thank a subscription-based personal-finance app called You Need a Budget (YNAB). The app came recommended by my twin, the technologically plugged-in one among us, who had tried YNAB and found it helpful in curbing overspending. Unlike newer personal-finance apps Mint and Wally, YNAB’s brand name sounds unabashedly prescriptive, seeming to imply that nonusers lack financial best practices. In our case, this was entirely true. We Needed a Budget!

If there was one thing our household lacked, besides communication skills, it was business savvy.

Growing up, if there was one thing our household lacked, besides communication skills, it was business savvy. Of course, my parents never let on to specifics, but Dad’s fickle industry (film and TV) coupled with Los Angeles’ cost of living had long produced an ambient scarcity. As I trudged through high school, my parents were in socioeconomic flux, at some point putting the house up for sale. The buyers turned out to be our next-door neighbors, so instead of us moving away, we rented our house back from them. The crash of 2008 didn’t help matters, either. Then, in 2010, as I started college, my dad officially retired, and he and Mom unexpectedly relocated from sunny SoCal to Maine — if they’d ever pined for the far northeast’s ample cross-country skiing and high number of Subarus per capita, I certainly never heard it. It was a personal-finance white flag.

My family is now entering its second year of using YNAB — less my older brother, whose finances remain static as he lives at home with my parents and works on his writing. I’d always thought of personal finance as a solo endeavor, the operative word being “personal,” but we uncharacteristically made a routine of using the YNAB app together, while on the phone. The express purpose of these weekend chats was to reconcile any new spending or earning against our bottom lines — data that the app, which is encryption-linked to one’s bank accounts, helps track and distill. While I might have shrunk at the thought of embarrassing or anomalous purchases coming to light, vendor IDs often scan just quasi-legibly. To use a super-fake, totally not-inspired-by-true-events example, New York Sex Emporium might appear as NYS*EMP#00000019, thereby allowing plausible deniability.

Eventually I shared my password, so my family could see my financial upkeep on screen, in real time. The calls also provided time for pleasantly banal updates (Mom asked a friend for coffee last month, but this month, maybe she’ll ask two), teachable moments (Mind that credit score!), and the occasional eye-opening revelation (I spent a quarter of my rent’s worth on bar tabs this week. Whoops!). This was the kind of rapport we’d historically lacked, so we were out of practice. But the disarming novelty of our larger exercise seemed to temper the awkwardness of our parent/child small talk. After all, what is more awkward than talking about money with your parents?

Well, accepting money from them, for one. Indeed, one practical justification for communicating through YNAB is that our finances remain at least partially intertwined. Even in my late twenties, I’ve depended on Mom and Dad as financial fainting pillows against emergencies like missing portions of rent, or for odds and ends deemed necessary to boost my quality of life — for example, my YNAB subscription, which they cover as a sort of corrective to their own checkered fiscal example. (I know this because our calls are often punctuated with their don’t-do-what-we-did mea culpas.)

They trust, I think, that I won’t misuse these periodic money-grams, but should any doubts arise, our new personal-finance paradigm might serve as a check; the process of earmarking new funds to seed projected spending is central to YNAB’s functionality. Like what goes out, the app logs money coming in. First that money is just money, but not for long. New balances must be put toward a set of budgetary pledges, which are personalized to reflect one’s habits: a portion pledged to “Rent,” another to “Subscriptions,” and so on. Every dollar has a purpose, so it won’t be put toward something it shouldn’t — the $84 my parents sent for YNAB’s subscription fee won’t go to new clothes or mezcal sodas, for instance.

My parents can see this process in action on our calls. But regardless of surveillance, I’ve found that using YNAB induces budgetary awareness, even overall self-awareness. I forgot to cancel my AppleTV free trial, so this month “TV” will need a total of $30. Because the sum of the budgetary pledges is always equal to the money one actually has, minus credit-card debt, there is theoretically zero wiggle room for financial overextension, i.e., self-delusion. Do I Want Disney+, too? I can, a) cover any overage this incurs with new income; or b) shave down some other category. (In my case, Baby Yoda trumped farmers market sundries.) This ongoing calibration is, to my knowledge, YNAB's edge over free options like Mint and Wally, and maintaining it can be gratifying, even addicting.

Our calls are a chance to cheer each other along in our shared economic reality.

Doing so in the presence of family has put a game-like spin on the typically dreary work of budget-balancing. Our calls are a chance to cheer each other along in our shared economic reality, one that obligates us to take steps that previous generations didn’t — from tech-enabled personal finance tools to supplemental gigs. I work full-time at a magazine, but I shore up my income with freelance work, while Mom works as a family therapist at a school, but, per the suggestion of my twin and I, has considered on-boarding her services to the video-chat-enabled platform TalkSpace.

On one call, our app-enabled family harmony is briefly interrupted when my parents say they’ve liquidated some stock in order to subsidize a big purchase: a writing retreat for my older brother. The news conjured an ugly, old thought in me — the secret assumption that their first-born son outweighs my twin and I in terms of our parents’ net monetary investment. I like writing. Where’s my writer’s conference? But I don’t bring up these misgivings — my parents have been through enough already, financially-speaking.

Still, I welcome this pinprick of tension. For as long we’ve been silent, I’ve been complicit in that silence, assuming we could all live without the calls and texts and idle updates. The silence was bearable, until it wasn’t.

I’m still getting used to the talking. The other morning, when my father calls me at work, my untrained first response is an inner groan. I’m assuming that someone has died or is dying. It turns out nothing is wrong — he’s just calling with a minor update about our cell plan. (No, I still don’t pay my own bill!) First, I think to myself, This could have been a text. But then I wonder if the reason it’s not is that some sort of dam has broken. The financial matter has become an excuse to call, to hear one another’s voice. Dad, having delivered his cell-plan update, turns the call to my life: “And how are you, Bub? How is writing?” Only then is our transaction complete.