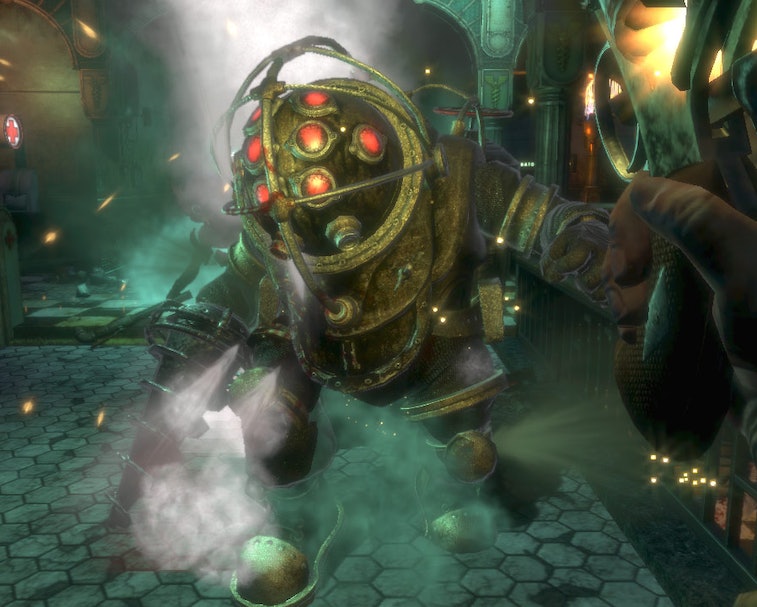 Enraptured — 2K has made it official: a new BioShock title is in the works. The game will be developed by the company’s newly formed studio, Cloud Chamber, and of course has no release slated at this point. The new studio is helmed by industry veteran Kelley Gilmore, who’s worked on Civilization and XCOM, amongst others.

The company describes the newly formed Cloud Chamber as “a collective of storytellers eager to push the frontlines of interactive entertainment by making unique, entertaining and thoughtful experiences that engage the world,” and says the new BioShock will be in development for “several years.”

There hasn't been a new title in the series since 2013’s BioShock Infinite, which tackled some heady topics... such as racism and American exceptionalism. Given the current political climate in the world, it’s hard not to imagine the creators doubling down on some of the bigger, cultural themes of the BioShock games.

In a press release, Gilmore says, "We are a deeply experienced group of game makers, including many responsible for BioShock’s principal creation, advancement and longstanding notoriety, and honored to be part of the 2K family as stewards of this iconic franchise.”

In an interview with GamesRadar, Gilmore was light on details about the game, but says that, “BioShock defined what a compelling narrative and immersive world can bring to a video game. Players interact with it in their own unique ways and have unforgettable experiences.” Gilmore says that, “That will remain at the core of our design vision for the next BioShock, and we have a myriad of ideas on how best to achieve it.”