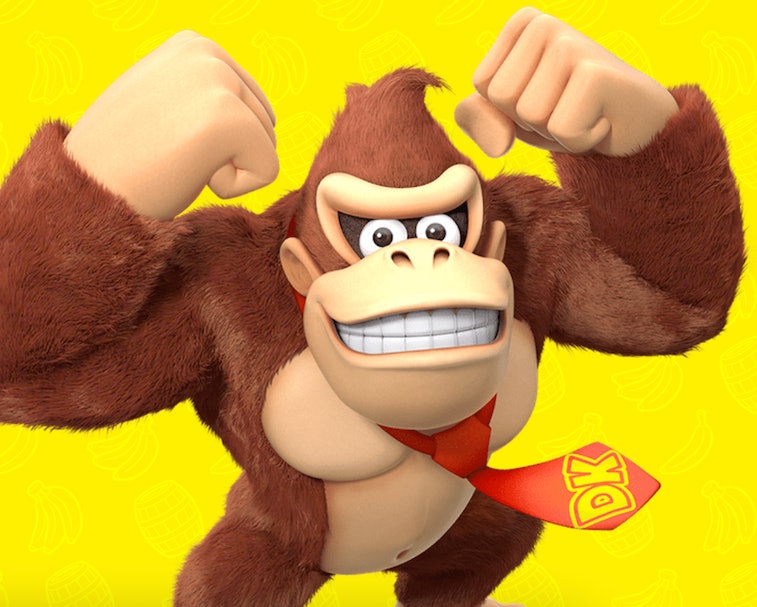 Donkey Kong may finally be getting his first standalone game in over seven years if new rumors are to be believed. According to Nintendo Life, numerous credible sources indicate a new Donkey Kong title could be on the way courtesy of the gaming giant’s in-house team responsible for 2017’s Super Mario Odyssey.

YouTuber The Lonely Goomba first mentioned the scuttlebutt yesterday on Twitter, prompting a flurry of speculations before clarifying that they had nothing else to add on the subject. “I dunno why people keep citing this in news articles. I’ve seen my tweet cited in various articles from major Nintendo sites now. Mate I just saw some people talking about it online and commented on it,” they tweeted earlier this afternoon.

That said, it was enough to spur Nintendo Life to reach out to its own anonymous, allegedly credible sources to confirm the possibility... which they did, although not before clarifying that the upcoming DK game would most likely be a 2D or “2.5D” outing, and not a 3D entry as others mused. No matter the visuals, we feel it’s safe to say that the confirmation of a standalone Donkey Kong platformer could be a great way to sweeten the summer months.

Look for an imminent announcement — According to another Nintendo leaker known as Zippo, there’s an additional, major reason to suspect we’ll be getting a new DK title sooner than later: “It's the big ape's 40th anniversary,” they reminded readers in a blog post yesterday. “[W]hile I'm not sure how Nintendo is celebrating the occasion, there is a new 2D DK game being developed by [Nintendo].”

Connecting the dots, Zippo hints for fans to look towards next month’s E3 for an official announcement, which should be easier to do than other years, given that the conference will be all-digital this time around.

An ape without a Country — So what kind of game would a new Donkey Kong resemble? Well, it’s probably easier to narrow it down by what it almost certainly won’t be. As Zippo’s blog notes, we almost certainly won’t see something like a direct sequel to Donkey Kong Country, given that the classic title was developed by Rare, and not Nintendo itself.

“Don't expect the ‘Country’ moniker to return, as [Nintendo] are not interested in making a sequel to games they didn't make,” they write. While that might disappoint some, it’s still pretty certain that characters like Diddy, Cranky, and the Kremling Krew will show up at some point in the game. If nothing else, a new Donkey Kong game now seems a lot more likely than the possibility of any of us getting a ticket to Super Nintendo World.