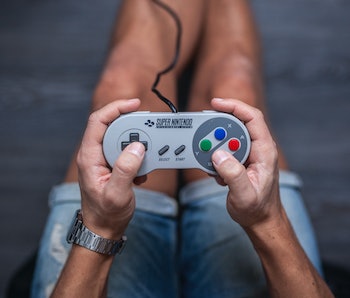 The retro game emulation scene has evolved into a bustling economy unto itself, even as the term “retro” (as it pertains to gaming) has become harder to define. Emulation has emerged as a sub-genre within the larger umbrella of the gaming industry and serves as not only a means to experience games from previous eras, but also as a quasi-archive of sorts. One of the early progenitors of the retro gaming scene in our modern internet era was the NESticle, a Nintendo Entertainment System emulator, that was released for PC.

Back to the beginning — As reported on by Vice, that emulator marked “the second stage,” of the console’s lifespan and was a “reverse-engineered software version of the hardware platform.” Years later, a Super NES version of that emulator was embedded as an easter egg within the Gamecube version of Electronic Art’s 2005 fighting game, Fight Night Round 2. Now, close to five years after that piece was published, someone who read it was able to use an NSA tool to essentially create a downloadable version of the SNESticle as revisited by Vice.

Johannes Holmberg, a Swedish programmer, reverse-engineered Fight Night Round 2 in order to isolate the code for the emulator, which contained a playable version of the SNES game, Super Punch-Out!!.

Just one game? — Well, not exactly. While the embedded code allowed users to run the Super Punch-Out!!, the aim of Holmberg’s project was “to extract the SNESticle code from Fight Night Round 2, allow it to run on its own, and to run other games.”

In order to do that, you’ll need a U.S. version of Fight Night Round 2 that is ISO-ready. After that requirement has been met, interested parties can download the scripts through this GitHub page. The SNESticle ISO can then be run in Dolphin or on an actual console.

As far as the NSA connection goes, Holmberg decided to use Ghidra, an open-source tool largely created by the agency, that has also been used in other video game projects. Despite having some reservations about using the tool, the programmer eventually opted to go ahead with it due to its relative simplicity. “I'll admit I had some qualms about using software from the NSA… but it's open-source, after all, so I think I'm ok with it,” he said. “Realistically, it’s probably more work than any sane person would be willing to put in.”