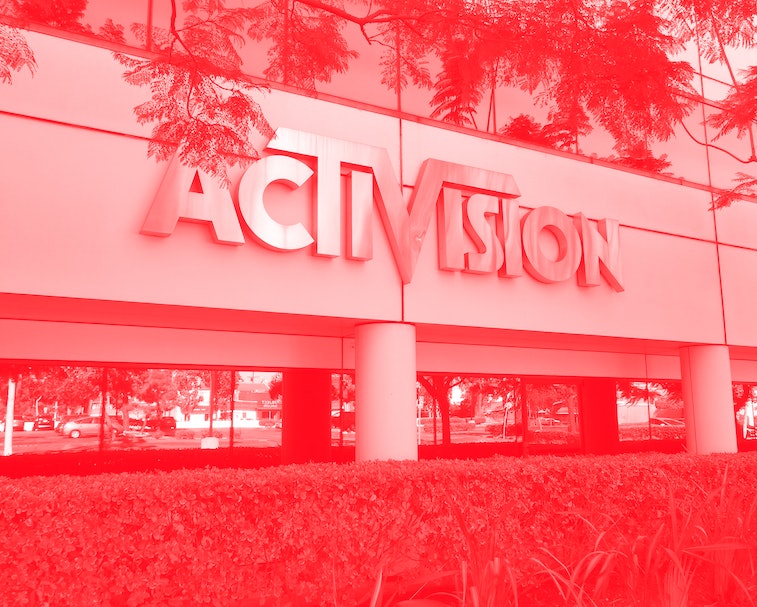 Recently, gaming giant Activision Blizzard announced that the company would no longer require in-office staff to provide proof of vaccination, as part of a greater move away from remote work. That decision has prompted around 100 employees of the company to strike, with many calling it a serious risk to immunocompromised workers.

The timing of the announcement seems particularly suspect, as health officials have expressed concern that the wave of Omicron BA.2 cases in Europe and Asia could soon translate to a spike in U.S. cases. The walkout caused Activision to backtrack a bit from the initial policy, with the publisher now stating that individual studios will have leeway to determine the COVID policies that work for its employees. Still, it seems that the company's management is still holding firm to no vax requirement as the default policy.

Bloomberg reported that Blizzard itself (the famed studio behind Overwatch, Hearthstone, and many notable games) will continue its vaccine requirement for "at least the next few months," a worryingly vague timetable to say the least. A strike organizer told Polygon that 115 workers attended the walkout. Activision Blizzard provided a statement to the latter outlet in response to the walkout, which claimed that "the health and safety of our employees is at the absolute forefront of everything we do" and noted the company's current "voluntary return to office" policy. Sounds very voluntary indeed.

Many video game studios (especially smaller ones) have transitioned to an all-remote setup due to the perceived benefits of the model, including lower office costs and child care concerns. Office jobs at prestigious studios often require workers (even low-paid QA staff) to move to some of the most expensive cities in the world, which remote gigs also help offset.