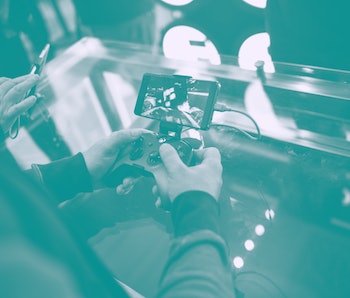 Microsoft today released the first version of Xbox’s remote play, a platform that allows you to play full Xbox games on other devices. The service is available in the beta Xbox app for Android on Google’s Play Store.

Xbox’s new remote play is not the same as xCloud, though we will surely be confusing the two from time to time. xCloud, which launched last week, is a cloud-based streaming service that only works with Xbox Game Pass games. Today’s new game-streaming actually connects remotely to your Xbox One and lets you play games you’ve already downloaded there.

While the sheer number of online subscription services we’re meant to keep track of is quite frankly daunting at this point, Xbox’s remote play is kind of a no-brainer if you already have an Xbox setup. It’s particularly enticing given we’ve spent all morning refreshing Xbox Series X pre-order pages to snag one on launch day.

Just launch and go — The nicest part of Xbox’s new remote play feature is that anyone with an Android device can use it. Unlike xCloud, there’s no monthly fee associated with the service. You’ll just need an Xbox controller with Bluetooth to get started.

Remote play currently works with all Xbox One games, and it’ll work with Xbox Series X games once the new console is released on November 10. That means those inevitable forthcoming Bethesda exclusives will be playable on your phone, too.

Some caveats, of course — If you’re hoping remote play will turn your phone into the perfect on-the-go gaming device, you might be a little disappointed by the reality.

The biggest caveat is your internet connection — it’ll need to be quite speedy (10 Mbps down at the very least) to stream games. With high-speed cell coverage as spotty as it is, your phone is likely to struggle with streaming games on the go. Playing Xbox on a long bus ride, for example, is a long shot at best. This isn’t a woe exclusive to Microsoft’s technology — other game-streaming platforms like Google’s Stadia have faced similar issues. A high-speed Wi-Fi connection is really the only stable way to stream games right now.

There’s also the obvious shortcoming of limited app availability. Right now you can only download the Xbox beta app on Android, which means iPhone users are pretty much SOL. Apple has made concessions to allow for the service (and xCloud) to be brought to its phones in the future, but there are zero details about when that might actually happen.

Remote gaming is for a very specific Xbox player right now: one who has a back catalog of downloaded games on their Xbox One, a stable Wi-Fi connection, and an Android phone. For everyone else, it’s a taste of what Xbox could be in the future — a console you can essentially take with you anywhere.