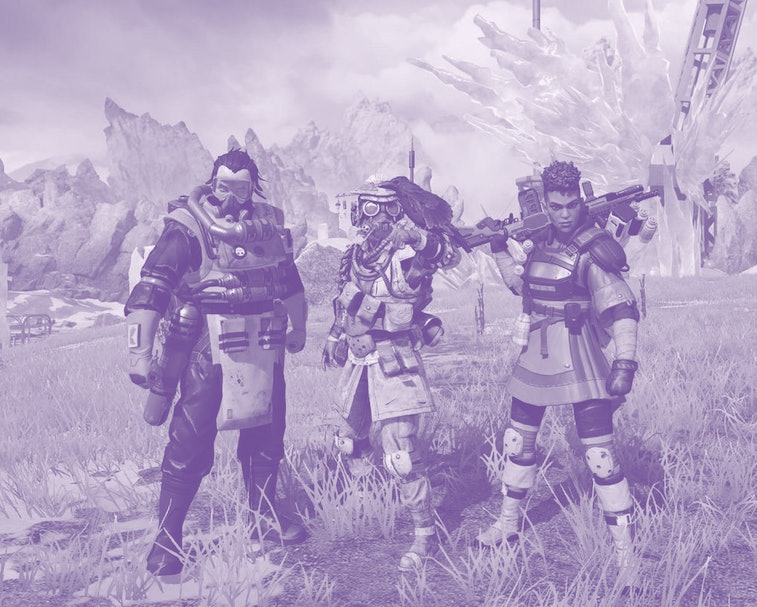 Big leaks are nothing new to Apex Legends, but one fan apparently decided to drop the motherlode this week on the Apex leaks subreddit ApexUncovered. The anonymous leaker posted a (since-deleted) Mega folder containing what appears to be years of planned content for the battle royale titan, including new weapons, new maps, and — most importantly — nine new playable "Legends."

Now, when it comes to this sort of unauthorized behind-the-scenes content, we always have to keep in mind that this content is presumably still under development and therefore subject to change — if it's not all entirely faked to begin with. However, given that this leak includes several videos of these Legends in action, it definitely seems more believable than your average grainy screengrab.

These new characters are named Vantage, Uplink, Scryer, Phantom, Newcastle, Jester, Conduit, Catalyst, and Caliber. Of these Legends, Newcastle is the one that is shown off the most in the video, and he appears to be able to create his own cover with his ultimate and tactical abilities, as well as dragging downed comrades to safety as a passive ability. Needless to say, his kit has the potential to disrupt the game's meta substantially.

Other big changes in the leak include improvements to Apex's firing range, the layout of a new map dubbed Divided Moon, an energy pistol called the Fanatic (as well as other weapons we don't know much about), and some upcoming changes to popular maps like King's Canyon. Given the sheer amount of information here, it seems very unlikely that all of this content will come to fruition, but it seems likely that most of it will emerge in some form or another eventually.

While many Apex fans are celebrating this coup as their personal Christmas, it’s not all good news in the community. One prominent dataminer, “KralRindo,” has accused another, “AutismGaming420” of planting his watermark in the leak in order to frame him as the leaker. It’s really not clear if there’s any truth to this, but would you trust someone who chose the name “AutismGaming420?” We’ll leave that one up to you.

While this is certainly the biggest content leak in the history of Apex, the second-biggest was pretty damn notable, too. Back in Season 6, we caught a glimpse of Horizon, Fuse, Valkyrie, and others that would eventually be added, but some of those Legends still haven't made their way to the game yet. That might seem strange to some, but it's the nature of game development — not all ideas that are tested make the cut. That said, we would be surprised if Newcastle isn't in the Apex games before the end of the year, so watch out, Rampart mains.