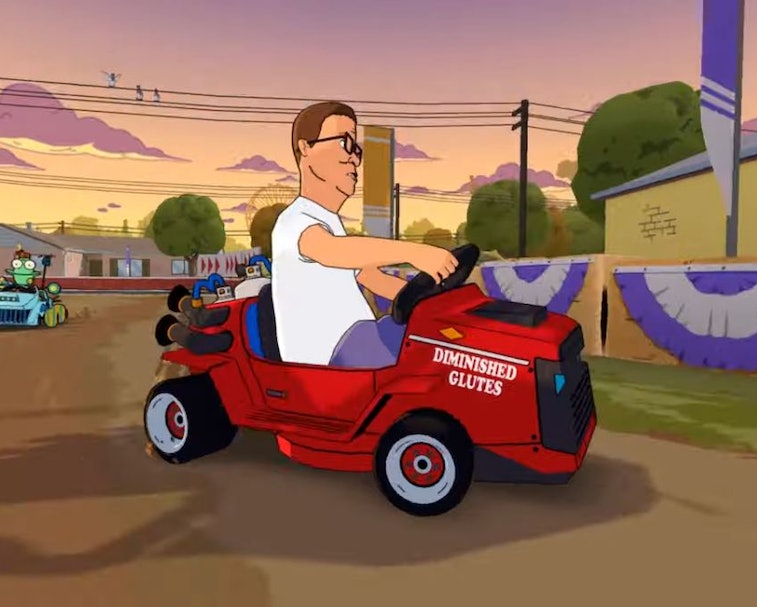 When it comes to the battle of the animated sitcoms, we all know that Hank Hill is the lawn-mower-riding GOAT.

For anyone with a burning desire to pilot Hank and finally show the likes of Family Guy's Peter Griffin and American Dad's Stan who's boss, there's an upcoming kart racer on Apple Arcade with your name on it.

Don’t crash — Warped Kart Racers takes familiar characters from 20th Television (a subsidiary of Disney, because of course it is) shows including King of the Hill and Solar Opposites, and places them in the familiar confines of a kart racing game. It features 16 different tracks based on locations from the shows, as well as 20 different playable characters. Personally, I applaud the devs for including Dale in the mix, but the lack of Chris Griffin is funny, if nothing else. (Meg made the cut, by the way.)

As usual with mobile racing games, Warped Kart Racers will combine a single-player mode featuring daily challenges with a chaotic but enjoyable multiplayer mode, which supports up to 8 players. And because it's a mobile game, you already know that there are dozens of different cosmetics to collect, including customizable hang-glider skins for your kart. Didn't expect to see some Diddy Kong Racing inspiration, but we'll take it.

Kart and kart accessories — If you're a fan of The Simpsons instead, sorry, but you're not represented here. You can always play Road Rage, though. There’s also a Futurama video game, as well as many other Simpsons video games, most of which aren’t particularly memorable or good.

Warped Kart Racers comes to Apple Arcade on May 20. If you absolutely need your kart racing fix sooner than that, Mario Kart 8 Deluxe is still the gold standard for the genre. If you don't mind going a little retro, Crash Team Racing or Sonic and All-Stars Racing Transformed are both excellent games as well.