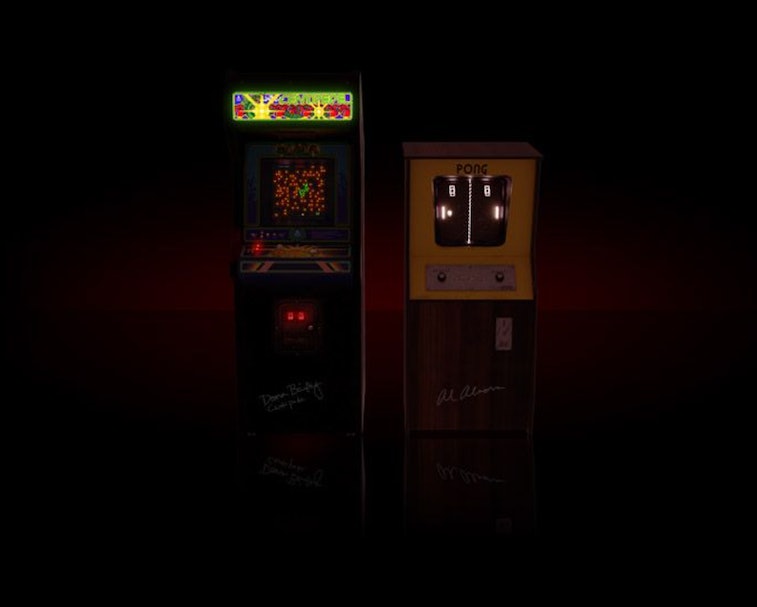 Atari is the latest entrant into the NFT craze. The company has announced plans to auction off an assortment of digital collectibles that are sure to appeal to fans of Atari and retro gaming in general.

Called the Atari Capsule Collection, the collection is meant to commemorate Dona Bailey and Al Alcorn, engineers at Atari who were heavily involved in the development of Centipede and Pong respectively, two of the most iconic video games in history. The first item will go up for sale at 7 p.m. ET on Tuesday, March 30, with the final auction concluding on April 2.

Digital art — Using blockchain technology, NFTs imbue digital content with scarcity by assigning them unique, cryptographic signatures. A ledger keeps track of ownership and as an NFT is bought and sold, the ledger updates to reflect the new owner. In the case of the Atari Capsule collection, the Ethereum and Harmony blockchains will cross-communicate to ensure originality.

NFTs have exploded in popularity in recent months, though most major sales have been completed by big-name artists and celebrities. Twitter CEO Jack Dorsey recently sold his first tweet for over $2 million, for example, while Tesla’s Elon Musk had said he would auction off a short song about cryptocurrency... before reconsidering.

Animonica, a company that worked with Atari on its collection, told VentureBeat that NFTs will be the future of gaming as the games themselves move to a digital-only model in which players rent them and lose access as soon as they stop paying a monthly subscription fee. NFTs promise gamers something they can hold onto forever that will be unique, like an early production copy of Super Mario Bros.

The Atari collection will include NFTs for both Centipede and Pong. The former will be headlined by the Centipede Flagship (limited series of one), a restored and working original Centipede Coin-Op physical cabinet accompanied by a fully interactive, Centipede Coin-Op cabinet NFT bearing the digital autograph of Dona Bailey. That’s the only piece in the entire collection that will include a physical component, so it will surely go for a pretty penny.

The Pong collection’s most rare piece will be a 3D NFT of the original Pong cabinet featuring a digital autograph by Al Alcorn. Other digital items will be available in series’ of 20 editions at most.

NFT hype-cycle — The market for NFTs is still highly speculative, and it’s unclear in the long term whether or not people will actually want to spend real money on collectibles they can only view on a computer screen. A lot of the NFTs being sold today are fairly low quality, and some speculate that most NFT activity is coming from crypto whales who have made big money in cryptocurrency and are now buying digital art as a speculative asset. But the hope is someday everyday artists could make money by selling one-of-one pieces to their biggest fans directly.