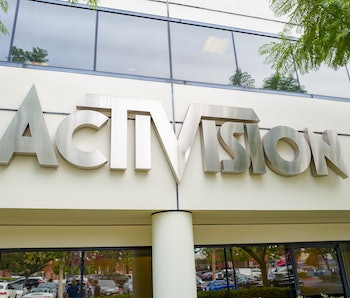 The video game behemoth known as the Call of Duty franchise is made possible only by a constellation of studios owned by Activision Blizzard that work together to release a new entry each and every year. Employees at one of those studios are staging a walkout on Monday to protest surprise contractor layoffs that began earlier in December.

According to a report from the Washington Post, these contractors work in quality assurance (QA) at Raven Software. Many QA testers will have meetings this week with management, where the employee will either be promoted to full-time or laid off. Roughly one-third of the testers have been told that they will be laid off on January 28, per the WaPo report.

Out of nowhere — Employees affected by the layoffs have emphasized just how unexpected the whole process has been. QA tester Evan Avillanoza, who was laid off last week, told the Post that their project lead had been "kept in the dark" about the impending cuts. Avillanoza further described Activision Blizzard as "an embarrassment."

Though Activision Blizzard has described the layoffs as simply one part of a larger studio restructuring, one QA tester told the Post that "...the people who were let go seem to have been chosen completely at random." A joint statement by QA testers at the company also noted that several of the laid-off workers had recently relocated to Wisconsin at their own expense because they expected the studio to resume in-person work in the near future.

Another crack in the wall — Of course, this is just one of many, many controversies that have impacted Activision Blizzard in 2021. This walkout will be the third work stoppage at the company in the past six months, despite the fact that such labor-conscious actions are traditionally quite rare in the video game industry. The company's CEO Bobby Kotick has been under fire in recent weeks due to a Wall Street Journal report that indicated that he knew about the much-publicized sexual harassment claims at the company but did nothing about them.

In the broader video game industry, QA staff are often stigmatized as disposable or second-class workers, and they are sometimes paid minimum wage. Game studios tend to dangle the possibility of full-time work and benefits (such as healthcare, because the US sucks) in order to keep contractors plugging away, especially during busy periods. QA staff at Raven were apparently subject to such an interval of "crunch" due to the impending release of a new map for Call of Duty: Warzone.

Long overdue — It's been said a million times, and it's worth saying again: the video game industry desperately needs to unionize in order to stem the tide on these issues. Unionization won't solve every problem by itself, but fostering some degree of worker consciousness will help employees realize the collective power that they can have over companies like Activision Blizzard when they work together. The fact that there have been work stoppages at the company is a sign that things are going in the right direction, but there's still a long way to go.