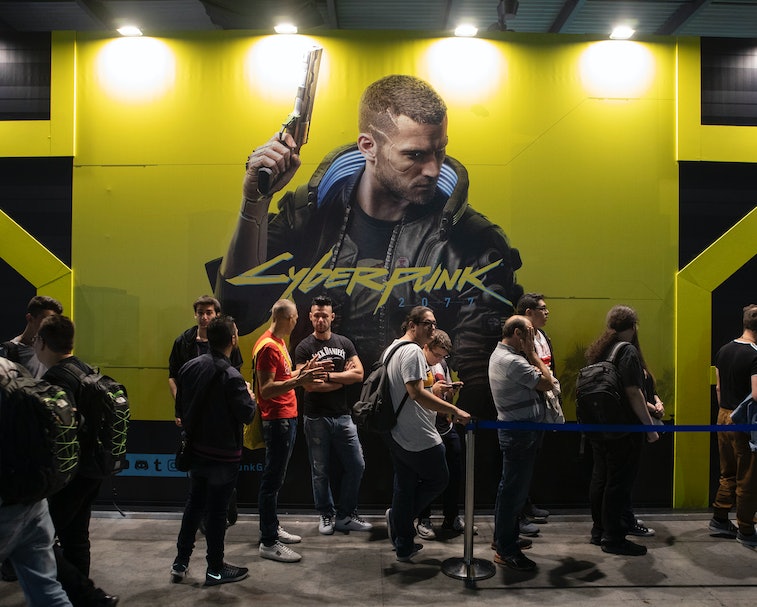 If Cyberpunk 2077 ever sees the light of day, it will be the first-ever game to include an option to disable copyrighted music. The news comes in light of a wave of DMCA takedowns that hit streamers on Twitch for playing music during their streams that they didn't have permission to use. The Amazon-owned company has apologized and said it will work to develop better tools for streamers to ensure they aren't caught by surprise going forward.

Streaming headaches — For years, game developers have mostly turned a blind eye to the issue of copyrighted music appearing in streams of their games. It makes sense — they want the exposure. But streamers who make a lot of their income on Twitch cannot afford to get banned over a violation. Unlike Facebook Gaming, which signed deals with major labels allowing for their music to be used in streams, Twitch has no agreement with music labels in place.

Until Twitch gets that figured out, developers will need to find workarounds to allow streamers to play their favorite games without fear of consequences. Unfortunately, in-game music reasonably livens up gameplay and sets the appropriate mood — without that streamers will have to bring out more of their personalities to keep viewers watching.

Cyberpunk 2077 is similar to Grand Theft Auto in that it's an open-world game that features an in-game radio with tracks from real artists including Grimes and Run the Jewels, among others. The developer CD Projekt Red has limited permission to play the songs within its game, but it does not have the right to extend those permissions to streamers.

Can't we all just get along? — Musicians and record labels have complained about Twitch's slow response to DMCA takedown requests in the past, saying they deserve to be compensated for use of their work. It's hard not to agree, especially at a time when artists have lost a crucial income stream in live events. At the same time, music is a background element in streams — it's not as if people are hosting pirate radio stations on Twitch. You'd think that artists and labels would appreciate the exposure themselves, as audiences may hear a song they like and then go find it on Spotify, Apple Music, YouTube, or elsewhere.

Facebook's agreement with the major labels states that music can be used so long as it plays in the background and that gaming audio or the streamer's voice is in the foreground. It's unclear what kind of financial arrangement is involved in the agreement.

It's interesting that Twitch hasn't been able to secure similar rights considering Amazon operates a music streaming service and therefore has existing relationships with all the major labels. Hopefully, those deals will happen eventually, because these janky workarounds mean everyone loses.

Cyberpunk 2077, available by 2077 — Development of Cyberpunk 2077 began in 2013 and the release has been delayed multiple times, including last month when CD Projekt Red pushed the release by another 21 days. The newly revised released date is December 10, when it's supposed to be available for the new Xbox Series X and PlayStation 5, as well as the previous generation Xbox One and PlayStation 4. Right now you can also preorder the $60 game via Google Stadia and get the Premiere Edition of Stadia (which includes a controller and Chromecast Ultra dongle for free).