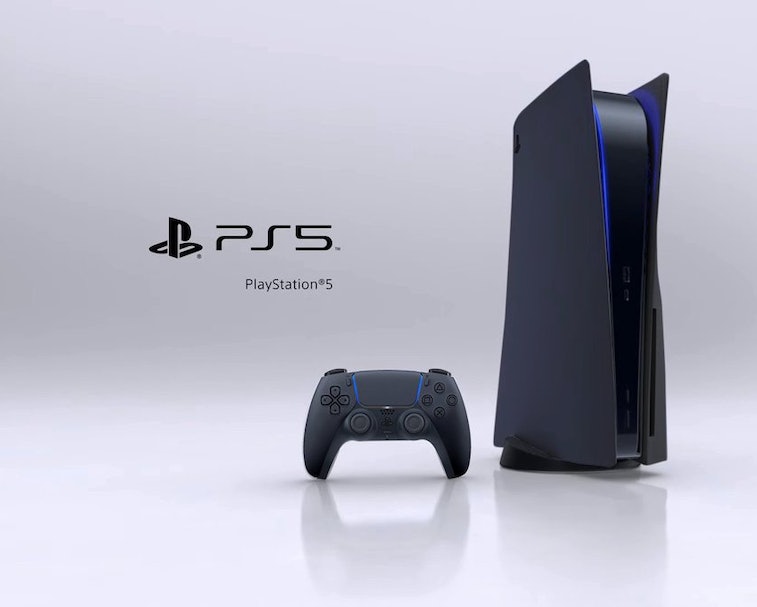 The PlayStation 5 will be Sony's first all-white console at launch, but it seems old habits die hard — for fans and manufacturers alike. After gamers publicly salivated over the idea of an all-black PS5, a Twitter account has recently leaked some photos of a controller that just may answer their prayers.

Twitter user @_AlexKyaw posted photos of what looks to be the PS5's DualSense controller in the much-coveted slimming black. Whether or not this is merely a non-functional engineering sample being used as a mockup or a model for accessory manufacturers remains up for debate but there's nothing in these photos that definitively indicates this one way or the other.

Choices — The all-black controller has the potential to look a lot less obnoxious in many consumers' living rooms than the over-the-top PlayStation 5 design we've gotten a peek at thus far. However looking at these photos certainly may give gamers some pause — those white buttons on a black controller are certainly a choice — and if we're being entirely honest, the more we look at the original white design the more we like it.

Not coming soon — Sony itself has said recently that there will not be an all-black model available at the console's launch so if you're looking to play any of the much-anticipated launch titles this holiday season, you're going to have to make do. That is unless the theory that the PS5 will feature replaceable faceplates holds any water. Knowing Sony's penchant for selling multiple limited-edition theme consoles, we wouldn't hold our breath on that one.