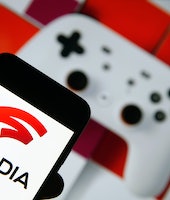 The number of new games Stadia is getting this year.

Google’s much-hyped but less-impressive-in-reality cloud-gaming service Stadia launched last November. There’s hasn’t been much action since then, but a post today on the Stadia blog swears that’s about to change with 120 games coming to the service in 2020, of which at least 10 in the first six months will be Stadia exclusives.

The post also says support for 4K gaming on the web is coming, confirms the rumors Stadia will add support for non-Pixel Android devices, and that players will eventually be able to play via the web without needing to plug in the Stadia controller like they have to now.

Slow action, not no action — Last month Google added the ability to stream Stadia to any Chromecast Ultra and tried to appease early adopters by offering them a second Buddy Pass. Meanwhile, this week Tequila Works CEO Raul Rubio expressed confidence that Stadia’s future is bright.

Adding new content rapidly would serve Stadia well, because as it stands it only offers 26 titles, of which only one is exclusive to the platform. Compared to the catalogs on offer from other services, that’s positively puny.

The claw is still extra — While we welcome any and all updates that’ll make Stadia more attractive, we’re still a little peeved Google’s charging $15 for the plastic phone mount that should come packaged with the controller. Some tasty exclusives might help us get over that, though.