“Every time I do the mixing on these albums I fall asleep. That is enough for me to prove they work for relaxation, or maybe I work too hard.” 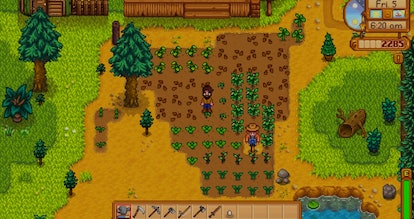 If you thought Stardew Valley’s beautiful soundtrack couldn’t get any more relaxing, think again. Prescription for Sleep, a project by the iconic Norihiko Hibino, is collaborating with Stardew Valley creator Eric Barone to create sleepier versions of the game’s peaceful music.

Hibino and Barone are both gaming giants in their own right. Barone (also known as ConcernedApe) created Stardew Valley from the ground up; Hibino has written video game soundtracks for more than two decades, including the music for the Metal Gear Solid and Bayonetta series.

Hibino created the Prescription for Sleep series more than a decade ago, with its first releases in the form of an iPhone app full of live-recorded music. Now that he’s retired from the world of video games, Prescription for Sleep is one of Hibino’s biggest projects. (Though he does still find inspiration in covering gaming soundtracks for it.)

The project is also perfect for Hibino, who says he left gaming behind because he “got tired of creating something that draws people into a negative mindset, such as killing, fighting, hate, etc.”

Match made in sleepy heaven — Anyone who’s played Stardew Valley will know that the game’s excellent music is key in creating just the right atmosphere while you’re toiling away on the farm. Its lilt is almost hypnotizing — perfect for a sleep soundtrack.

Barone reportedly reached out to Hibino about the project, who called Barone’s work on the original soundtrack “quite well done.” That original soundtrack was reworked many times over before the game’s initial release, and now Hibino is putting his own spin on it.

Hibino and Barone have worked closely together on the project, with Hibino completing the final mixing. He says he listens to the tracks and notes the melody, rhythm, and change, then adding his own stylistic touch. Much of the final production came down to improvisations during the recording process, Hibino says.

“I almost feel bad that we turned things around and put him to work, but I must say having the personal touch of the composer and creator of Stardew Valley makes this volume all that much more meaningful,” Jayson Napolitan of Scarlet Moon Records, the producer of Prescription for Sleep.

For collectors and sleep-lovers alike — Prescription for Sleep: Stardew Valley will be released May 19, and there are some extensive goodies included for the game’s fans. Barone has crafted a full digital booklet to go along with the 11-track album, complete with exclusive commentary and interviews. The booklet will be available on both iTunes and Bandcamp.