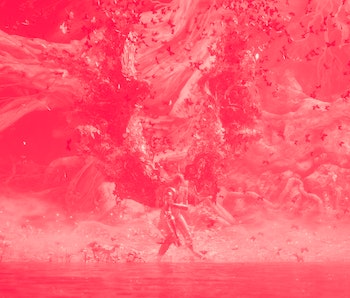 Elden Ring's patch 1.04 is now out, and it makes an absolutely ridiculous amount of changes to the game, most of them good. However, it seems that the update has also unintentionally broken its toughest boss fight, which is an unfortunate development for those who are nearing the end of the game.

FromSoftware decided to take a "buff everything" approach with patch 1.04, as almost everything in the update has been made more powerful, except for a handful of popular spells. Perhaps the most notable change is a flat buff to colossal weapons, making them attack faster, hit harder, and shortening their recovery time, too. As someone who beat the game with colossal weapons alone, this is a much-needed change, and it will hopefully prevent poor unga bungas like myself from having to crouch-poke our way to the Elden Throne next time.

Other major additions include new events with fan-favorite NPC Patches, and the option to turn off camera auto rotation, which many fans have asked for. The developers also slightly redrew the leveling curve for the Mind and Endurance stats at low levels. The patch fixes several bugs that players have reported, including one that prevented several NPCs from invading the player in key locations.

In general, the patch has also improved the cast speed, recovery time, and damage of many of Elden Ring's incantations, spells, and weapon arts. Some of these spells were already pretty good, such as the projectile-spitting dragon incantation Greyoll's Roar, but many of them really needed the help. Also, Moonlight Greatsword is now a lot better, so maybe it's time to throw that Moonveil down the well just like Maria did.

Unfortunately, it seems that this patch also has one major downside: it makes Malenia even harder. According to a few posts on the game's subreddit, the Blade of Miquella now heals herself even if you roll through her attacks. Hopefully, this issue is addressed sooner rather than later, as it's not like she needed the help. You can always summon jar-headed legend Let Me Solo Her to take her down, though.