Expect more free games to hit the Epic Store in 2022 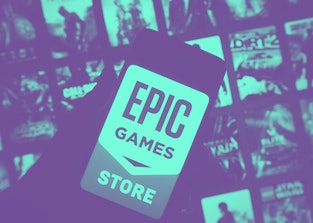 Over the course of 2021, Epic Games had been offering free games through its digital storefront. And there have been plenty of solid titles in the mix — just this past December, the entire remastered Tomb Raider trilogy was available for PC. Other games that were given away last year include Control, Civilization VI, and Grand Theft Auto V. Luckily, Epic is going to keep up the tradition going forward. In an announcement this week, the game developer/publisher confirmed it would continue weekly free games in 2022.

Epic also provided some data related to the giveaways: 89 games were given away for free last year, at a value of $2,120. Those titles were claimed over 765 million times, with 76 of them breaking their peak concurrent user numbers on PC. It’s safe to say that this program works for both Epic and the developer behind the game(s) being given away. More people will gravitate towards Epic as a platform in the same vein as Steam, and the developers behind the free games experience an influx of users.

A year inside (or part of it at least) — Some of the year-end numbers for Epic Games make sense given that 2021 started out where 2020 left off: inside our respective rooms.

There are over 194 million PC users on the Epic Games Store, which marks an increase of 34 million from 2020. Additionally, daily active users peaked at 31.1 million and peak concurrent users hit 13.2 million. Examining this past December reveals monthly active users reached 62 million at its peak, an 11 percent increase from last year’s peak of 56 million.

Epic also plans to introduce a slew of social features this year, including new voice features, ratings and polls, Game Hubs with news from publishers, and Epic Wallet expansion. It also promises “continued improvements to launcher speed and performance.”