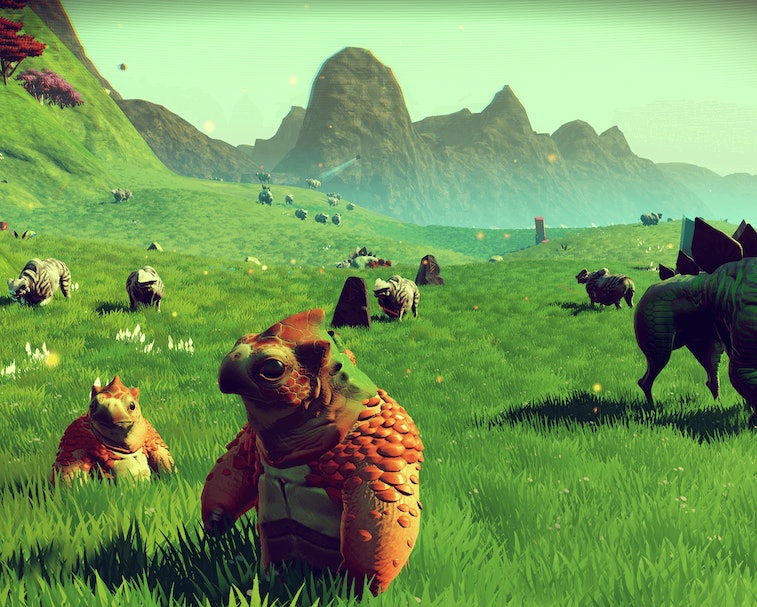 No Man's Sky seems impossibly vast, incomprehensibly detailed, and thoroughly otherworldly. And that's precisely why it's the perfect game for right now. Fall is racing in fast, the threat of another lockdown looms like a bad odor, and what we really need is a distraction from the Supreme Court's vacant seat, the imminent election, the 200k U.S. COVID-19 deathtoll, and the other horrors of the hellscape we call "the present." What we need is something out of this world.

Genuinely endless fun — From the outset, No Man's Sky was an ambitious project. It promises endless stimulation thanks to procedurally generated planets, no two of which are utterly alike. In that sense, it's as realistic as it is outlandish. It's realistic because odds are no two planets are alike. It's outlandish because never before has a game had the ambition of representing that improbable characteristic of the universe via lines of code you can exchange money (another strange concept) for.

At first, it failed to deliver on some of the lofty promises it made, but with each update, No Man's Sky has become a closer approximation of what the initial hype promised. And today it's had another update in a long line of them. With its "Origins" update, No Man's Sky adds new flora and fauna, geographic elements (like enormous mountains or teeming oceans), and updated weather systems (thunderbolts, lightening, and other things that are very very frightening).

The developers promise there are even more updates in the pipeline. So, beyond offering potentially infinite gameplay from the outset, you're pretty much guaranteed new gameplay features down the line, which makes the already reasonable asking price seem even more so.

A sight to behold — The visuals are arresting, the basic mechanics relatively easy to grasp, and the potential lands to explore infinite by design. That's incredible value for a mere $30. What can you buy for $30 these days anyway? Five Travis Scott McMeals? A 10 percent stake in a 12-foot Halloween skeleton? Or how about a month's rental fee for an e-scooter?

That's right, $30 isn't just a pittance, it's only half of the usual $60 asking price for No Man's Sky. And that's what we call a stone cold bargain.

Inspired by the adventure and imagination of classic science-fiction, 'No Man's Sky' presents you with a galaxy to explore, filled with unique planets and lifeforms, and constant danger and action.