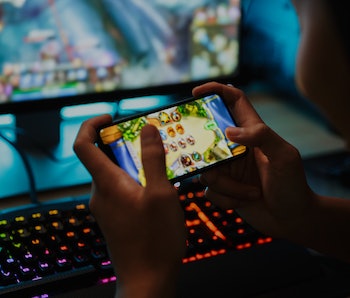 Facebook is set to release the first version of its own live-streaming app for gaming today, as The New York Times first spotted yesterday. Facebook Gaming was meant to be released this June, but the company has moved up the release to capitalize upon the current push for live entertainment while people are stuck at home during the COVID-19 pandemic.

Facebook says 700 million of its users have engaged with gaming content on the site, though it’s unclear how many of those users do so regularly. Facebook Gaming did see a small increase in usage in 2019 — up two percent in its market share, tying it in last place with Microsoft’s Mixer platform.

It’s obvious that Facebook looked to Twitch’s contemporary success and said “we want a piece of that pie.” It’s much too late for the company to catch up to Twitch’s enormous share of the market — but Facebook may yet be able to carve out a niche in amateur gaming.

A long time coming — Facebook has had its toes in the water of the gaming community for a while now. The company first officially launched its gaming platform back in 2018, but people have been playing games on Facebook for much longer than that.

Remember FarmVille? That launched more than ten years ago — a lifetime in internet time. As we moved into the 2010s, FarmVille became a staple of social networking life; more than 83 million people played the game daily as of March 2010. Those notifications would haunt Facebook for years to come, long after the game had faded from the zeitgeist.

But investment in the platform has been slow-going until the last couple of years. This past December, Facebook acquired Spanish cloud gaming company PlayGiga for an estimated $78 million, the company’s largest public investment in social gaming to date. Soon after, two exclusive Pokémon games launched on the platform, showing that some companies, at least, believed in Facebook Gaming’s future.

Everyone is going live lately; sometimes on Instagram to gab about nothing in particular, but also to form communities based in our bedrooms. Amazon-owned Twitch has perhaps proven this more than any other indicator — the platform has streamed more than 2 billion hours of gaming since the end of February, enough footage to last approximately 230,000 years. Average viewership on Twitch has grown enormously, too: this time last year just over a million people were watching, while now that number has topped 2.8 million viewers.

Ease of use as a niche — Facebook is not going to be able to catch up with Twitch, likely ever. But Facebook Gaming’s livestream feature doesn’t really aim to do so, anyway. Instead, the app aims to make it easy for the average user to just log in and stream.

This has been Facebook’s angle all along. Last month the company launched Tournaments, a live-stream competition platform for gamers with charity donation integration.

So no, the Facebook Gaming app probably won’t find much of a grip in the serious gaming market. With 73 percent of the market share, Twitch is likely to hold supremacy for the foreseeable future there. But Facebook is providing a platform for amateurs, and it’s doing so at a time when everyone is bored, too. It just might find some success there.