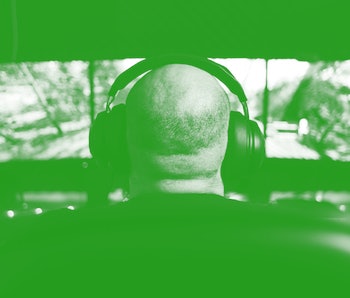 Partnered streamers on Facebook Gaming can now play copyrighted music in the background of their live streams without fear of punishment. The company has signed licensing agreements with all the major labels to support streaming content following a recent deal to bring music videos to the social network.

Facebook specifies that any music played during a gaming broadcast must be a "background element" and that a streamer's voice or gameplay audio should be playing in the foreground. Still, the change is nice because it means that streamers can make their broadcasts a little livelier and set the mood.

The way it should be — The music industry has always taken a pretty blunt strategy to dealing with copyright management on user-generated video platforms, relying on automated algorithms to detect any snippet of music at all and flag the content for removal. Some platforms like YouTube allow copyright holders to instead insert their own advertisements into offending videos so they can make money while the video remains live. But that's a bad experience for creators who lose revenue.

Allowing streamers to play tracks in the background is effectively free marketing and distribution, and the move to work with Facebook is a sign the industry recognizes this.

Twitch, your move — Facebook's move also provides a leg up over Twitch, which doesn't hold similar agreements with the music industry and has been plagued by takedown notices. Some streamers on Twitch have recently begun receiving takedown notices for clips from years-old broadcasts. Three strikes on that platform leads to a permanent ban which can result in significant harm for streamers who make a living there. Twitch is in a tough position because it must comply with valid takedown requests in order to protect itself from liability.

Facebook Gaming is still small potatoes with its estimated 8.5 percent market share compared to 61 percent for Twitch. But it's growing fast and recently knocked out a competitor when Microsoft shuttered its Mixr platform and struck a deal to transfer streamers to Facebook Gaming.