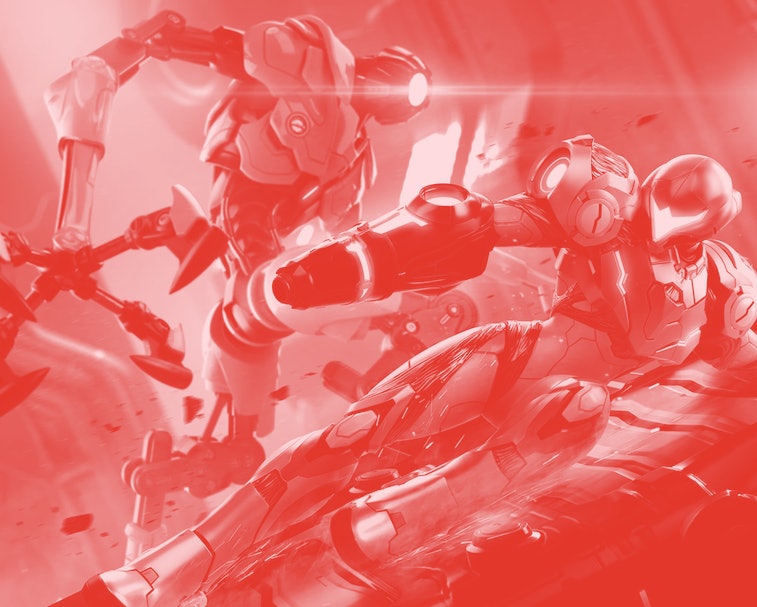 Despite its many flaws, the Nintendo 64 boasted great entries in many of the legendary company's most notable franchises — but not all of them.

Now, a fan developer from Mexico and a friend are imagining what a Metroid 64 might've looked like, and the results are pretty damn fantastic.

Mechanical nightmare — Cards on the table, I am an absolutely huge fan of the low-poly aesthetic that resulted from the technical limitations of the PlayStation and N64 generation. While some might not find it visually appealing compared to the immaculate photorealism of modern games like Horizon Forbidden West, indie developers have harnessed the style to great effect.

As you can see in the above tweet, indie developer Luto Akino's Metroid 64 is still very much in the prototype stage, but the basics of the franchise are all there. Though the graphical aesthetic is quite arresting, the movement looks pretty tight, too, which is more than we can say for most N64 games (sorry, Body Harvest.) If you're curious what the song playing in the background is, it's the Brinstar Depths theme from Super Metroid.

Save the tribals — From this prototype, you can see that Luto Akino's design for Metroid 64 is an over-the-shoulder action game, which would've been a major departure from the series's 2D origins if it had been released in the late '90s. (In the real world, Metroid Prime served as that departure.) If you want to play an actual N64 game that fits that mold right now, we suggest Jet Force Gemini.

If you're a fan of the low-poly "64-bit" aesthetic, and you've already played all the classic N64 games, we recommend checking out the prototype Dinosaur Planet ROM that leaked online last year. Dinosaur Planet later released as Star Fox Adventures on GameCube, and it's one of the more underrated games for that system these days.