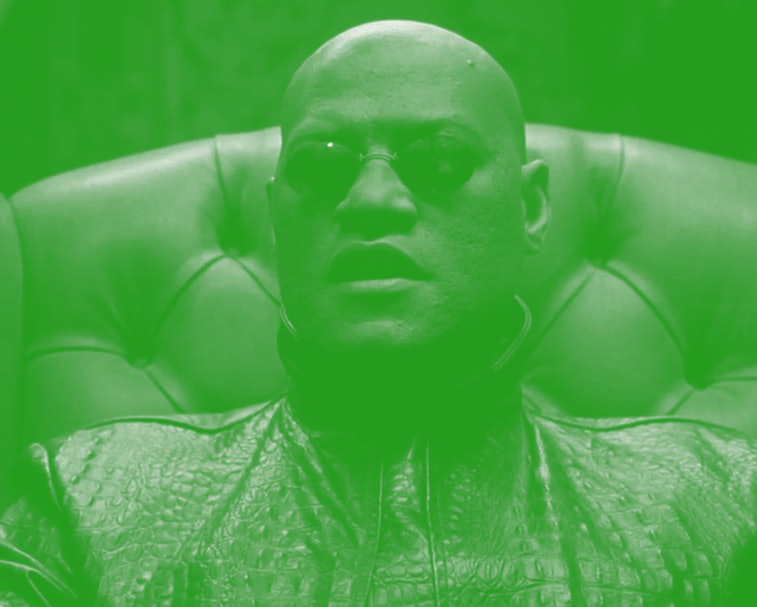 If you're a self-respecting sci-fi fan, you've already donned your black trenchcoat and matching sunglasses to watch the trailer for The Matrix: Resurrections on repeat until the film's December release date. However, you might have also noticed a surprising omission: Laurence Fishburne's iconic katana-swinging character Morpheus is nowhere to be seen in the trailer, even though fellow operators like Keanu Reeves' Neo and Carrie-Ann Moss's Trinity are set for action.

But while we don't know for sure why Fishburne isn't in the film, The Matrix fan wiki offers a possible explanation: he officially died in an MMORPG in 2005. (Yes, really.)

It's easy to forget now, but the Wachowski sisters were deeply invested in creating video game entries in The Matrix canon, and their efforts produced no less than three games in the series in the 2000's. While 2003's doomed blockbuster Enter the Matrix is perhaps the best-known of these, 2005's The Matrix Online was definitely the most ambitious, as it sought to muscle in on the MMORPG craze ushered in by games like Everquest and World of Warcraft.

Shut down — Unfortunately for the creatives behind it, the potential audience for MMORPGs was never quite as large as the video game industry imagined, and The Matrix Online never garnered the player counts that it needed to stay afloat. However, it became the unlikely medium for the continuing story of The Matrix past the last film entry, Revolutions.

Viral — According to The Matrix fan wiki, as part of an in-game event, Morpheus began planting bombs that spread a virus that would reveal the artificial structure of the Matrix to those who aren't woke enough to know it's a simulation, aka "blue-pills." This caused the Matrix's defense mechanisms to hunt him down relentlessly, and an assassin eventually ducked out of a vent and murdered him at a water treatment plant via a hail of gunshots. (Personally, we hate when that happens.)

This begs the obvious question: why exactly would the people behind The Matrix Online construct such an anticlimactic death for one of the franchise's most beloved characters? While it's hard to know for sure, community archivist Vesuveus speculated to Kotaku that keeping Fishburne's likeness and voice work might have been too expensive in the long-term, hence his untimely end.

What is real? — So, Morpheus died a long time ago in The Matrix canon. But is that really the reason why he isn't in Resurrections? Well, let's not forget that both Trinity and Neo were quite thoroughly dead at the end of The Matrix Revolutions, and they seem to be doing just fine in the new trailer. Given both how Revolutions ended and the trailer itself, it's pretty clear that Resurrections is going to be some sort of canon-destroying reboot/reimagining/rejiggering that sci-fi franchises like Star Trek love to pull. It's also possible that certain fan favorite characters might return despite what the cast lists say ("...Mr. Anderson…") though let's not get our hopes up too high.

Resurrection — What's truly bizarre is that a group of hardcore The Matrix Online players have been working on a little resurrection of their own. Ever since the game shut down in 2009, a developer named Rajko has been hard at work creating an emulator to enjoy the game's content and community even now. This is a particularly impressive effort, given that many aspects of the game's code have to be reverse-engineered from packet data and the like. While it's still far from complete, the community does host monthly get-togethers in the server and over Discord, so if you're interested in partying like it's 1999, go check it out.