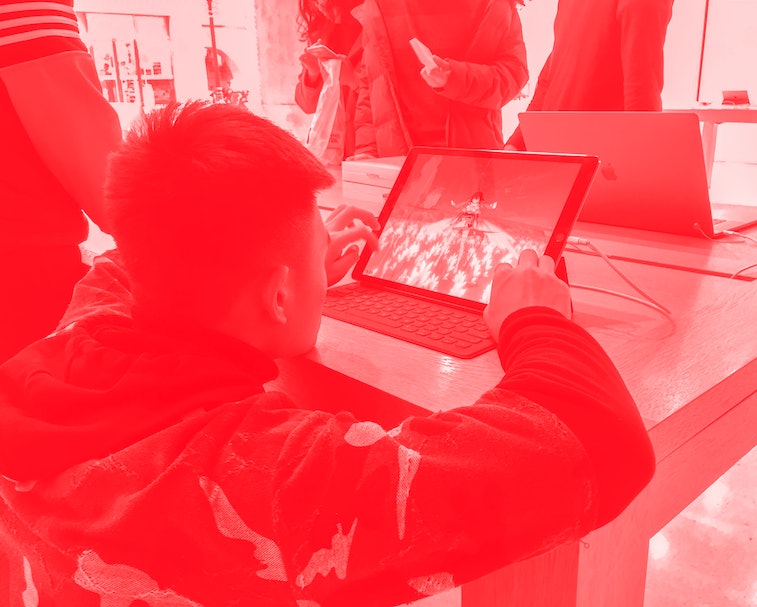 Apple is significantly improving support for game controllers in iOS 14, iPadOS 14, and tvOS. The company is adding gamepad button remapping, haptics, and zone-based rumble, and players will finally be able to use a keyboard and mouse for iPad gaming.

Apple has been investing heavily in the gaming space as it dominates the top-grossing charts in the App Store, accounting for an overwhelming amount of dollars spent on in-app purchases. And with the company relying on software for its future revenue growth alongside the new Apple Arcade subscription, it's not hard to see why Apple is finally giving game developers the input support they've begged for. If it can get a new stream of recurring revenue out of gaming, it'll support games as best it can.

Game changer — iOS has already supported gamepads and keyboards for some time but they're definitely becoming much more capable with iOS 14. Sony's DualShock 4 will be fully supported, including its Lightbar, meaning developers can change the color of the light on the controller based on events happening in a game. They'll also be able to take advantage of the controller's touchpad. The Xbox Elite Wireless Controller Series 2 will be supported, and both controllers can have their buttons remapped on a per-game basis.

Apple has been rumored to be developing its own gaming controller, though we haven't seen that yet. It could be a nice product if it seamlessly pairs to all your different iOS devices like the AirPods do.

Keyboard and mouse input has also been fixed in iOS 14 so now you can press multiple keys at once, and Apple will allow developers to customize the responsiveness of mice — important for games that require a precision pointer, like first-person shooters. The iPad Pro has a powerful GPU, but games on iOS have largely remained of a "lite," casual fair that doesn't require precision in part because the OS simply didn't support it.

Apple's own 'play everywhere' strategy — Now that ARM-based Macs will be able to run iOS games, there could be some interesting times ahead. This could be Apple's response to cloud-gaming services like Google's Stadia or Microsoft's xCloud, with the same iOS titles being playable across iPad, MacBook, and Apple TV.

It would be nice to get xCloud on your iPad, because Microsoft's service streams AAA console titles over the cloud. But considering Apple's anti-competitive nature we'll probably remain stuck with iOS games. It remains to be seen whether game developers will finally support iOS in a way they haven't before. The rigid nature of the OS has long held it back from being a true gaming platform, but Apple slowly seems to be moving in the right direction.