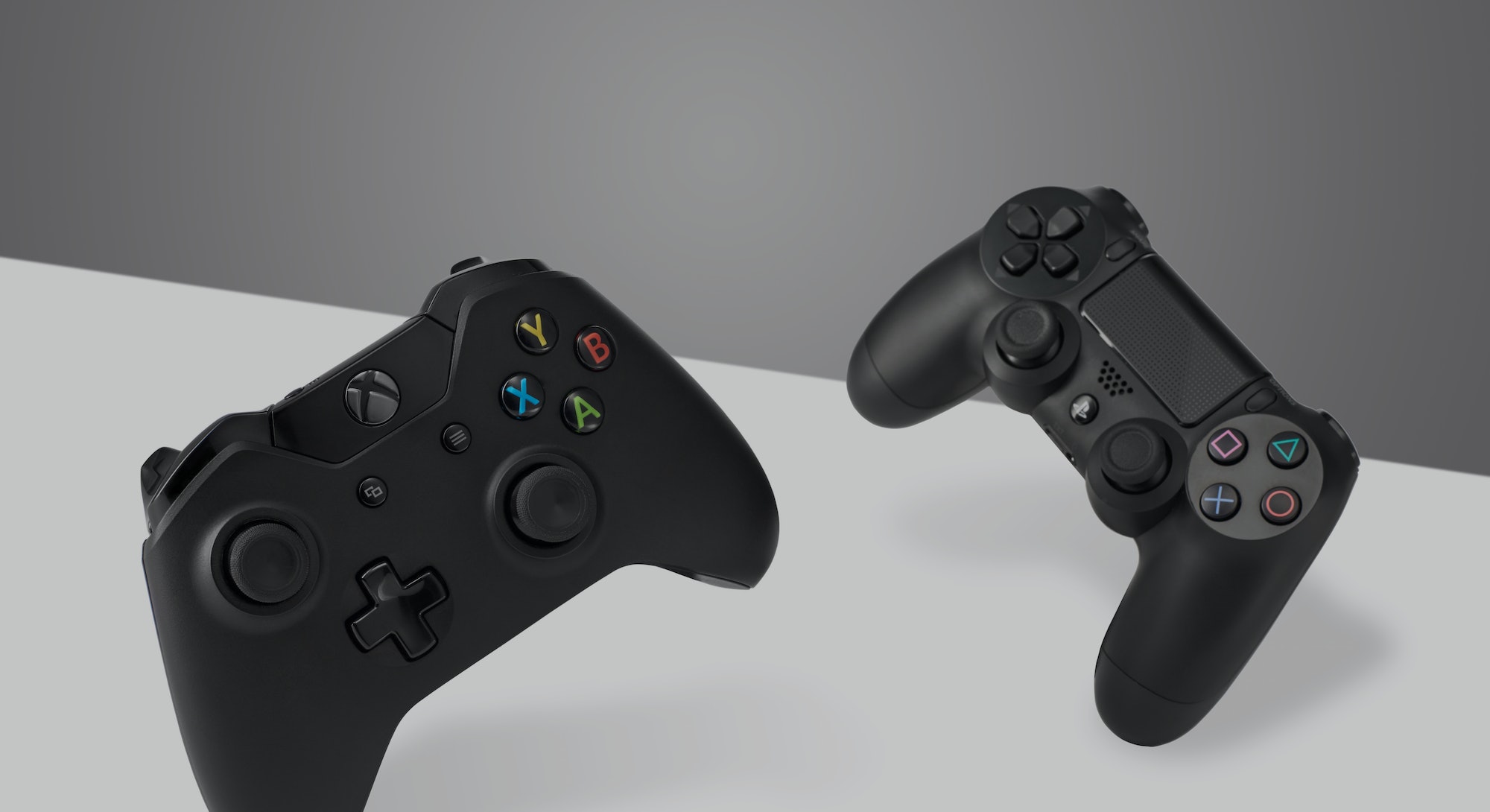 My best friend Will never had a PlayStation 4 because he could never really afford to drop $400 on a game console, let alone the few hundred extra it would take to get a capable PC. He experienced 7 years of gaming through the eyes of Let’s Play channels on YouTube and Twitch or in the fleeting moments his roommate’s weren’t using their own consoles in college.

When I got my PlayStation 5, I sent my PS4 Pro to Will the very same day along with the handful of physical game discs I owned (my PS5 Digital Edition frees me from mortal chains). A few days later he began what he described to me as “a manic binge” of an entire games generation: a somewhat irresponsible spree buying all the games he’d wanted to play.

(I’d recommend anyone who doesn’t have a friend to give their PS4 or Xbox One to when they make the upgrade to next-gen to please please please donate your system to a local children’s hospital where it will be used for years to come, as opposed to selling your console or letting it gather dust.)

This was also the first time all of my friends were able to play games together online, something that was precious during the dark winter of 2020. Games like Fall Guys: Ultimate Knockout and Star Wars: Squadrons became staples of our evening play sessions without us being afraid that someone was being excluded. Will’s favorite games of all time, the Mass Effect trilogy, even saw a remaster on PS4 recently, and he was able to revisit those games day one.

When I gave Will the console, I told him he could probably expect about a year of new games before support for the PS4 was phased out by publishers. This was mostly based on my knowledge of prior generation transitions. But as the challenges of building games entirely remotely have caught up with the games industry, it looks like the cutoff period for when big new games fully abandon the PS4/Xbox One generation has been pushed back as well.

The cutoff period for when big new games fully abandon the PS4/Xbox One generation has been pushed back.

Asides from sports titles, which try to support old consoles as long as possible (NBA 2K18 launched on PlayStation 3), this year’s E3 was full of exciting new game announcements that will be supporting both generations of consoles: the much-hyped Elden Ring, Battlefield 2042, Guardians of the Galaxy, and Far Cry 6 are all cross-gen launches.

Upcoming games from Sony are also opting to be cross-generational titles. Both Horizon Forbidden West and the sequel to 2018’s God of War will release native versions for both PS4 and PS5. This has led some players to be concerned that support for two generations will hinder the more advanced versions of both games. This concern is valid to a point. The way levels are designed or games are built to stream in assets are two things that “next-gen only” development unlocks, for instance. As an example, PlayStation Systems Architect Mark Cerny proposed the idea of games loading in content as the camera moves around instead of needing to load the entire level around a player at once. This in theory frees up more bandwidth inside a console to make sure what a player does see is of a much higher fidelity.

But the narrative of cross-gen support holding back next-generation games also does not paint a full picture. Depending on how well a game’s development is planned, cross-generation support is feasible, provided that support is planned from day one and built in from the start.

Post-Launch vs. Day One

To understand why cross-gen support is something that ideally should be planned from the start, it’s important to look at the challenges developers face creating a next-gen version of a game post-launch. Communications Director for Remedy, makers of the terrific 2019 game Control, Thomas Puha gave a detailed interview to IGN about these very challenges. It’s all worth a watch, but to summarize, Puha says the challenges Remedy faced in making the next-gen versions of Control boiled down to the core choices made when development started years prior.

To quote Puha in the interview: “Whenever you’re in this cross-generational point, to be blunt it sucks. You need to support the previous gen and make sure that sings, and whatever you kind of bring to next-gen is honestly pretty limited by choices you made years ago for the previous generation.”

“Whenever you’re in this cross-generational point, to be blunt it sucks.”

For a smaller studio like Remedy, a full-scale remake of Control for next-gen that’s fully optimized for the console isn’t realistic because it also had to focus resources on improving its engine to be next-gen exclusive for future games. Remedy began developing Control around 2016, so the engine for the game was built for PS4 and Xbox One, but was also built to reserve more advanced technologies for powerful PCs. Creating a new version of the game for next-gen systems required lots of work on the engine side to create a remaster of the console game that could unlock higher resolutions and frame rates, more advanced physics effects, and even a raytracing mode (though noticeably pared down compared to what Control can do on high-end gaming PCs).

This goes in both directions. Arkham Knight and Red Dead Redemption 2 were each famously plagued with issues when they launched on PC, since the main studios offloaded the work to third parties and didn’t directly oversee those versions of the games. Personally I experienced problems with Operation Tango, a very fun indie co-op game that launched on PC, when it first game out on PS5 as a part of PlayStation Plus’s free monthly games. I still experience performance dips and, at launch, the resolution selector from the PC game had just been left in which, if you tried to use would break your game completely. I catalog these faults not to beat up on developers, but to show that porting games to systems they weren’t originally designed for is hard work.

When looking at games that intend to launch from day one on two generations, we can already see some trade-offs being made. Battlefield 2042 will cap PS4 and Xbox One players at matches of 64 players, while next-gen and PC players will be able to experience matches with up to 128 concurrent players. But, importantly, the matches will otherwise have the same chaotic elements inside them — like tornados and the ability to base-jump off a building into a wing-suit glide.

We have yet to see footage from Horizon Forbidden West running on a PS4 system, however the wizards at Digital Foundry did have some educated guesses to what choices would be made based on their reactions to the game’s PS5 gameplay reveal. Things like foliage density, the effects of the sand reacting to combat, and, of course, overall resolution are all things that can be cut down to make the game run on older consoles while still bringing. It’s worth noting that a fair amount of Forbidden West’s development was also done on PS4, as developer kits for PS5 reportedly weren’t in anyone’s hands until at least 2018 and since leaked images of the dev kits weren’t circulating until 2019, many developers not owned by Sony probably had even less time with the systems to prep their first next-gen launches. Sony has also confirmed that the next God of War will be a cross generation title. “You can’t build a community of over 110 million PS4 owners and then just walk away from it, right? I think that’d be bad news for fans of PS4, and frankly not very good business.”

It’s simply unreasonable to expect a flood of high-end, next-gen exclusive games out the gate to be made with less than 4 years of a head start. Insomniac itself confirmed early development for Ratchet and Clank: Rift Apart was done without any PS5 hardware in hand and only general specs provided by Sony. The studio knew the game would be PS5 exclusive but still had to wait to see what exactly that would mean.

It’s simply unreasonable to expect a flood of high-end, next-gen exclusive games out the gate.

Microsoft knows this too. Its long touted their Smart Delivery system and its just announced that Xbox One system owners will be able to experience next-gen games thanks to Xbox Cloud Gaming, meaning any Xbox One owner should be able to keep their system as long as they want... provided cloud gaming continually provides a high-end experience for them.

There’s a cynical way to look at these company's comments. For starters, due to the ongoing chip shortage, the PS5 and Xbox Series consoles aren’t expected to reach a point where people can walk into a store and buy them on a whim until at least 2022. A God of War game would certainly be a system seller capable of winning over those on the fence about upgrading their consoles but it’s hard to be a system seller when it’s impossible to sell systems.

The handful of big cross-gen launches we’ve seen should be evidence enough that players have nothing to worry about with their most anticipated games choosing the same path. Resident Evil Village looks fine on old consoles but (naturally) looks and runs best on next-gen systems. The same goes for Spider-Man: Miles Morales and Hitman 3. Players can speculate all day about whatever graphical improvements they’ve been denied by the “crime” of cross-gen support, but I find it hard to care when I know there are going to be more games I’ll be able to play with all of my friends no matter what system they’re on.

As long as this support is planned from the start and not forced on by publishers at the last minute, an extended twilight generation before the PS4 and Xbox One means more time when more people can play great games together. This twilight will end, and I’m sure the games we get after it will be beautiful and more innovative than anyone could possibly imagine, but until then, I’m in no rush to reach it.