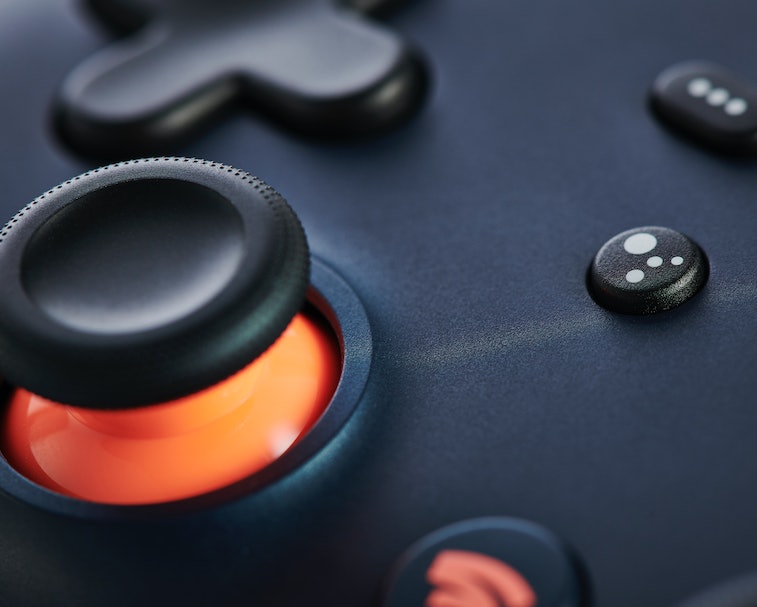 When Google introduced its cloud gaming service, Stadia, back in 2019, the innovative product seemed like it could have a big impact on the gaming industry. No longer would consumers have to shell out $300 or more for a game console that sits in their living rooms. Instead, people could play from their existing devices with just an internet connection — smartphones, laptops, and Chromecast dongles would all be able to play high-quality, AAA titles. That could open up the market to many casual gamers who otherwise would have hesitated to buy a console just to try that one game they're interested in.

Stadia is barebones — Skepticism that the technology could work reliably gave way to a different issue — Stadia's lack of, well, games. The service itself works as advertised, so long as you have a good internet connection, but besides a few better-known titles like Borderlands 3, Destiny 2, and NBA 2K20, Stadia is mostly filled with indie games that casual gamers might not be too excited about. Things could be turning around for the little service that could, however.

In an interview with MobileSyrup, the director of games for Stadia, Jack Buser, said that 200 developers are working on more than 400 games for Stadia. And upcoming big-name releases for the platform include Madden 21, Immortals Fenyx Rising (for which the demo is already playable), and the much-hyped Cyberpunk 2077.

The cloud gaming market has heated up since Stadia launched. Its biggest competitor is probably Microsoft's Game Pass, a subscription service that incorporates cloud gaming and launched with more than 100 AAA games including heavy hitters like Halo and Gears of War. Microsoft also recently acquired ZeniMax/Bethesda and said all its future first-party releases will be available on Game Pass from day one. What's more, gamers only pay $15 a month for access to the full catalog.

Google's pitch — On Stadia, one can choose to pay the full price for individual titles or sign up for the $10-a-month Stadia Pro subscription to access an expanding library. The company also announced that it will be integrating individual subscriptions to developers (think cable TV) for an indeterminate launch date. Stadia supports Android, Chrome, ChromeOS, and Chromecast while Game Pass only supports cloud streaming on Android right now, though further platform support is coming.

Maybe some people want to be able to buy a game once and play it ad infinitum. Google pitches Stadia now as being a free and accessible way to play games — buy a game once and you can play it wherever you are, for as long as you want. And not all games will be available via subscription anyway; Cyberpunk 2077 won't be available on Microsoft's Game Pass, for instance. If the Stadia release of that title next month goes well, it's possible that people will get excited about the service and think twice about trying to buy one of Microsoft or Sony's new consoles that are currently sold out.

Maybe that's wishful thinking, but it's also not unreasonable that it's taking time for Google to find its footing in a new industry like gaming. Release cycles for new games take a long time, and Stadia is built on Linux, meaning games need to be ported over — something developers may not want to bother with for older titles. Stadia still has a chance, if Google doesn't graveyard it first.

Correction: Stadia offers a $10/month Pro tier on top of its free service. An earlier version of this post misstated Stadia's subscription options.